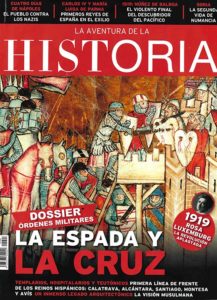 Review by the philologist and Historian María Jesús Viguera Molíns (University Complutense of Madrid) for the magazine “La Aventura de la Historia” (The Adventure of History) on the book homage to Julio Caro Baroja (Madrid, 1914 – Vera de Bidasoa, 1995) recently published by FUNCI. Caro Baroja was a member of the Royal Spanish Academy, the San Fernando Royal Academy of Fine Arts, and the Spanish Royal Academy of History. He has left a vast work on the widest variety of subjects, among them, those related to the life and history of Al-Andalus.

The review reads as follows (You can see the original review in Spanish underneath):

“Caro Baroja and his recognition of the Andalusi heritage

Written and very well edited by the Islamic Culture Foundation (FUNCI), this books describes and honors the collaboration of Don Julio Caro Baroja with the first-named Islamic Culture Western Institute, and then FUNCI. This three-times scholar (scholar, honorary president and co-founder) shared its successive presidencies with the Moroccan wise-man Abderrahman Cherif Jah, on whom Caro Baroja highlights (p. 35) “his deep understanding of what wisdom and knowledge are… which focuses more in the letter than in the spirit”. They collaborated on this line since 1982 until Caro Baroja’s death in 1995.

The many pictures this book gathers evidence this efficient friendship, as do Caro Baroja’s texts here gathered: an unpublished “List of Arabic names of cities” (handwritten in Arabic and Spanish) and two reselected works: “On the cultural-historical value of the Moore and the Moorish in Spain” and “Irrigation and lineages”. It is a prominent book, with regards to the wide dimension of Don Julio’s cultural activity, his recognition of the Andalusi heritage, and his deep understanding of the intellectual activity.”