The “Modernity/Colonial” movement is a line of thought appeared in South America at the beginning of the 20th century. Its net of scholars included philosophers, theologians, historians, and several other fields. Its works promoted a decolonial approach, which focused on the power relations established in 1492, through the conquest of America. This led to a process of racialization through the imposition of a capitalist economic system, specific of the European modernity. “Modernity/Colonial” also includes the intellectual propositions of Postcolonialism, frequently developed by scholars originating from the ancient French and British colonies in Asia, Oceania and the Middle East. This postcolonial attitude adopts a culturalist and ethnocentric approach, which tends to hide or minimize the real contributions of every culture.

One of the main issues addressed by this group was the so-called coloniality of knowledge, which refers to the way in which the techno-scientific rationality is turned into a key factor in the generation and expansion of the European colonialism. Since the 18th century, it imposed itself as the only viable model of knowledge production, marginalizing any other type of “epistemes” (traditional or ancestral) generated by the colonized countries.

The Puerto Rican sociologist Ramón Grosfoguel, one of the most prominent promoters of this approach, explained in an interview that: “… the modern-colonial Europe profited from the appropriation of other civilizations’ knowledge, both at a scientific and philosophical level. The Greek (culture) arrived to Europe via the philosophers of Islam, modern science arrived via Al-Andalus. The thing is that they then destroyed and assimilated these other cultures.”

The technical sciences from the East

In this sense, the Moroccan historian specialized in Eastern technical sciences, Mohammed El Faïz, offered a clarifying reflection on this topic in his book “Agronomie et agronomes d’Al-Andalus (XI-XIVe S.)”. He does so, however, without relying on the vocabulary developed by this school of through, which has also been adopted by other academic schools. 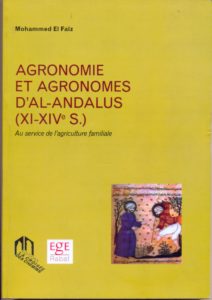 In this book, El Faïz explained how the scholars of the brilliant Andalusi agronomy have attributed some influences to this field that, automatically, minimized the Eastern influences, exemplified in the rich Nabatean agriculture. Instead, they prioritized the Greco-Latin influence, stressing the Roman spirit of the Andalusi agronomy, with a clear sentimental or ideological intention.

Among scholars, for instance, it is well known that, for centuries, the Andalusi agronomist richness has been attributed to the influence of Columela, presented as a “Spanish” agronomist of latin tradition, original from Cadiz. This ignores other Oriental sources, many of them more influencing than the latter.

It is obvious that the Andalusi agronomist were influenced by two different influences: the Greco-Roman-Byzantine tradition, and the Babylonian tradition.

The scholars of the brilliant Andalusi agronomy have minimized the Eastern influences, exemplified in the rich Nabatean agriculture. Instead, they have prioritized the Greco-Latin influence, stressing the Roman spirit of the Andalusi agronomy, with a clear sentimental or ideological intention.

The Greco-Byzantine heritage is represented by the translation to the Arabic language of two highly valuable works: Kitab al filahat al-ard (Treaty of the agriculture of the land), compiled by Vindânyûniûs Anatolius de Bertyos (Beirut) in the 5th century, and the Kitab al filaha al-rumiyya (Book of the Byzantine agriculture), attributed to Qustûs. The Babylonian tradition can be seen in the Kitab al filaha al Nabatiyya (Book on the Nabatean agriculture), compiled by the Babylonian agronomist Qûtâmâ (3rd-4th century) and translated from the Syriac language into Arabic in the year 902.

Few of them have had the influence of the Nabatean agriculture present in the North-West region of the Arabian Peninsula. Its cultivation system, well-adapted to an arid and desert climate, was highly developed both from a hydraulic and productive perspective. As explained by Mohammed El Faïz in his book, “the authors that have focused on the Greco-Latin sources have often done so to the detriment of the Easter influences. If the ‘Nabatean agriculture” is cited, its influence is usually linked with magic and folklore”. This can be understood if we take into account that even Ibn Khladun himself, the Tunisian sociologist from the 14th-15th century, warned of the Nabatean superstitions that should be avoided, even if he did so to highlight the great agricultural knowledge that lay behind it. 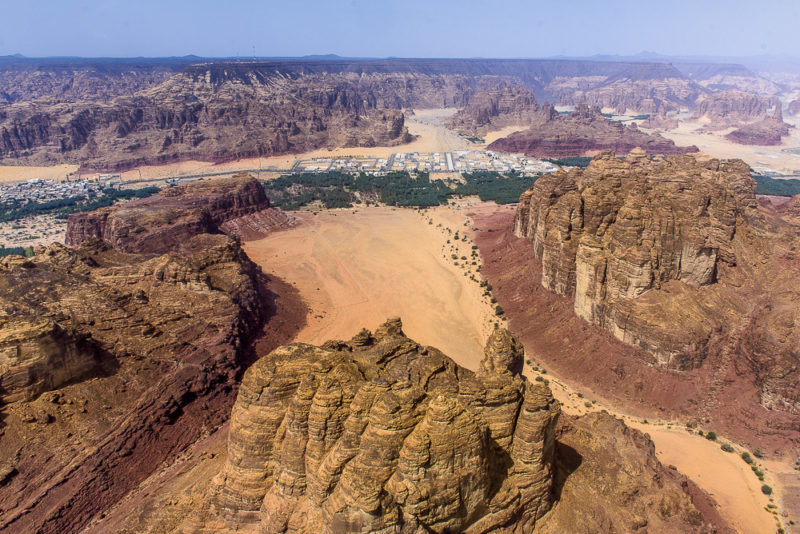 Nonetheless, adds El Faïz, “if we look at the thesis of ‘Romannes’ of the Arabic-Andalusi agriculture, we need to clarify that its basis rest on the confusion between the name of the Latin agronomist Columela and a certain Yûniûs, frequently cited by Ibn Hayyay [the first of the Andalusi agronomist]. This confusion, which figures in the catalogue compiled by Michaelis Casiri, is adopted, without comment, by J.A. Banqueri, J.M. Millas Vallicrosa, and R. Arié. It finally gained recognition through Lucie Bolens, who finds the Andalusi population ‘decidedly Westernized, Aristotelic and Romanized”.

The conclusion here is that most of the authors have confused the Yûniûs frequently cited by Ibn Hayyay –who arguably didn’t know about the treaty on Nabatean agriculture– with the Latin agronomist Junius Moderatus Columela (1st century).

As explained by El Faïz, this confusion can be traced back to Casiri, who had the merit of discovering and translating the agriculture manuscript of the 12th century Andalusi Ibn al-Awwan. Given the high number of foreign names, Casiri interpreted them, “clearly favoring the direct affiliation with the Latin classic agronomist (Caton, Varron, Paladius…). When facing the Arab transcription Yûniûs, he wrote: Junius (Moderatus Columeal Hispanus), without justification. That’s when the prejudice was born”.

Banqueri, who continued his work, tried to justify the attribution of Yûniûs to Columela by assuming that Ibn Hayyay knew Greek and Latin, but didn’t justify this decision. “Thus, this confusion survived the 19th century despite the criticisms issued by V. Rose, who saw in Yûniûs a corruption of the Eastern agronomist’s name (original from Syria-Lebanon) Vindânyûniûs Anatolius, from Bertyos.

“What we should regret is not the behavior of the first Spanish translators, whose ignorance can be excused, but that of the modern commentators who continued this confusion, despite the progress made in the edition of the new agronomic works and the attempts to recover the common heritage of Al-Andalus.” 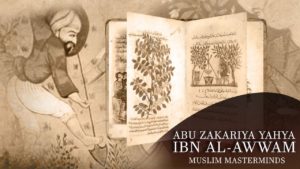 As we have seen, this confusion was maintained by Millás Vallicrosa and the authors who followed him on the study of the Andalusi agronomy. Thus, the confusion that attributed a Roman origin to the Andalusi authors survived for two centuries (despite al-Tignari and al-Awwan constantly highlighting the importance of the Nabatean agriculture on their treaties). It hasn’t been until the critical translation from the Arabic of Ibn Hayyay’s treaty by scholar María Julia Carabaza, in 1987, that the falsehood of the link Yûniûs-Columela was stated.

This proved that Ibn Hayyay relied on Eastern sources, original from Beirut or Alexandria, and not from the Latin work of Columela.

“The arguments developed by past researches are proof enough to separate the pair Yûniûs-Columela and to pronounce a divorce that has been looked for for more than two centuries, and that has basically been postponed for sentimental, even ideological, reasons”, says El Faïz, “… What we should regret is not the behavior of the first Spanish translators, whose ignorance can be excused, but that of the modern commentators who continued this confusion, despite the progress made in the edition of the new agronomic works and the attempts to recover the common heritage of Al-Andalus.”