This article, by the Spanish Newspaper El Confidencial, offers a first approach to Maslama al-Mayriti, a renowned Andalusi Mathematician and astronomer original from Mayrit (current Madrid). In fact, he was one of the most important figures of this ancient city. The article includes an interview to Daniel Gil-Benumeya, scientific coordinator of the Center for the Study of Islamic Madrid (CEMI). 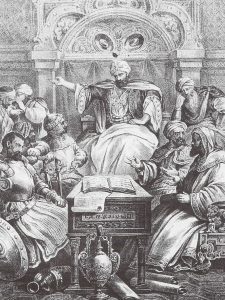 An active youngster with high ambitions that left his home town to emigrate to the big city in search for opportunities and studies his land didn’t offer. It could be the story of any of today’s youngsters, heading to Madrid or Barcelona. But that is what Maslama did around the 10th century, when all the action was in Cordoba and he had to leave Madrid. Born in the current Spanish capital in the year 950 and known as the “first illustrious Madrilenian”, he left his city, funded by the Emir Mohamed I not long before, to settle in the great Andalusi center.

Maslama Al-Mayriti (“the Madrilenian”) became a renowned figure due to his contributions to science, particularly to the fields of mathematics, astronomy and astrology, until his death in the year 1008, before the fall of the Caliphate. Today he is an acclaimed and remembered figure by the Arab community in Spain, given his work and influence.

However, this prestigious scientist is barely known by the common population. “He is completely unknown”, admits Abdo Tounsi, president of the Hispano-Arabic Intercultural Circle (Cihar). “Before him, there weren’t any renowned figures in Madrid. He is the first one”, says Tounsi, while highlighting, “this is not made-up history, it’s the history of Spain”. A message that seems to be aimed at those denying the influence of this period.

Maslama, a symbol of the city of Madrid, was, in fact, a reference in the field of numbers. “One of his biographers stated that he was one of the most important scientists in the Islamic world at the time, and even in the Christian Europe, as his books were translated to Latin really quickly”, explains to El Confidencial Daniel Gil-Benumeya, professor in Arabic Studies (University Complutense of Madrid) and coordinator of the Center for the Study of Islamic Madrid.

He thinks that al-Mayriti could even be compared to other more recent figures such as Severo Ochoa or Santiago Ramón y Cajal. “Renowned people. He is at the same level of Nobel Prize-winners in Astrophysics and Mathematics. He was highly recognized at the time”.

There is not much left of the Madrid that this scholar was forced to leave. At the time, explains Gil-Benumeya, it was a “border, small” town, “of second or third class”, known for its strategical position, as it was located between two important routes, which made it a regular stop among military-men. Centralism, overcrowding and traffic jams were still concepts unknown for that Madrid, centered in his border and spiritual-refuge nature.

“In that period we find a frequent practice: the ‘ribat’, a military-spiritual activity practiced by the people of faith. They went to spend some time contributing to the defense of the Islamic territory, and to teach religion, the language and the Quran to the people who lived there”, explains this expert. Madrid attracted thought-leaders, but, paradoxically, “it wasn’t an intellectual center”.

Thus, the flamboyant capital saw how its academic stars left to try their luck in bigger cities. “The people born in Madrid and with strong intellectual interests who wanted to study had to leave. Usually they went first to Toledo, and then to Cordoba. But also, and profiting from the peregrination to Mecca, they went to cities like Damascus, Jerusalem, Cairo or Bagdad.” Maslama, “as far as we know”, only lived in Cordoba. 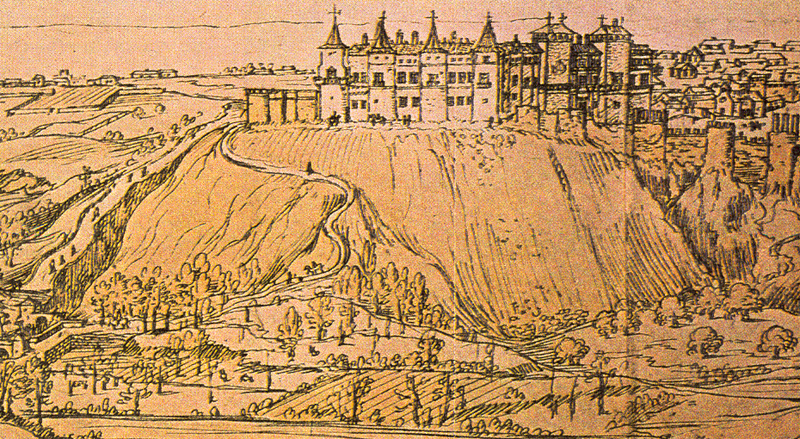 This scientist was something as the first Ambassador of Madrid, a figure that linked the city with the idea of knowledge, explains Rafael Martínez, analyst on the Arab world and director of the platform madridarabe.es. “It is the first key figure in the history of Madrid, the first one to promote the name of this city for something else than being just a border settlement”, explains Martínez, who considers this scholar “one of the greatest, if not the greatest, scientist of Al-Andalus”.

Why doesn’t anyone know of his existence?

Gil-Benumeya considers that the main reason for this lack of knowledge is that the “heritage of Al-Andalus poses a problem to the Spanish identity”. “They don’t fit well. The nation, what we learn at school, is understood as an inheritance from the Romans, from the Christian influence in the Peninsula in the Middle Age”. The period of Al-Andalus, explains, “has been left in a sort of limbo”.

While in the Southern cities (those of Andalusia) the heritage is better known, in the case of Madrid “there isn’t anything, not even the streets can remind us Al-Andalus”.

“The heritage of Al-Andalus poses a problem to the Spanish identity. They don’t fit well. The nation, what we learn at school, is understood as an inheritance from the Romans, from the Christian influence in the Peninsula in the Middle Age”.

Close to the Avenue Ramón y Cajal, in Madrid, a small square remembers the scholar since 1985… or at least its name, as the place is only identified as the “square of Maslama” (plaza de Maslama), forgetting its last name. Cihar demanded in 2016 for the last name to be added, given its importance. “Al-Mayrit” means “the Madrilenian”, as he was known in Cordoba. Last week, their demand gave one more step, when the District Board of Chamartín agreed to pass the claim to the Local Governing Board. The issue will likely need to be discussed by the next Board.

For this university teacher, this recognition isn’t enough. “The square is still a small palce that the people from Madrid is not going to see”. Gil-Benumeya demands for the City Council of Madrid make a “deeper effort of recovery of the Andalusi past”, a task carried out, today, by associations and private foundations.