Written by Daniel Gil-Benumeya, CEMI’s Scientific Coordinator, the book studies the origins of Madrid, which date back to the Andalusi period, and reveals some of the least known features of the only European capital of Islamic origin, Through the recovery of its history, this book aims at contributing to the historical and cultural preservation of the city’s heritage, while fighting the efforts for blurring its roots carried out since its designation as Spain’s capital, by king Felipe II in 1561.

These efforts for “re-writing” the city’s history have contributed to the mysteries surrounding its creation.

These efforts for “re-writing” the city’s history have contributed to the mysteries surrounding its creation. It is believed that the city was founded between the years 858 and 871, by the Emir Mohamed I, with the goal of protecting the frontier of Toledo from external enemies. This would explain the many watchtowers built around the city, some of which can still be seen today, in Torrelodones, Somosierra or in the fields of Guadalajara.

“On water I was built, my walls are made of fire”

“On water I was built, my walls are made of fire, this is my emblem and my blazon”. This is the inscription present in Alfonso VIII’s coat of arms in the 13th century. This motto, whose meaning dates back to the city’s origins, is a reference to the many streams and springs that used to cross the city (among others, they crossed through the current streets of Segovia, Arenal, Leganitos, the Vistillas or the Plaza Mayor). The second part of the motto, “my walls are made of fire”, are a reference to the materials used in the city walls’ construction, the flint, which created a flame when hit by the enemies’ weapons.

This book aims at contributing to the historical and cultural preservation of the city’s heritage, while fighting the efforts for blurring its roots carried out since its designation as Spain’s capital, by king Felipe II in 1561.

Mayrit’s wall was approximately 760 meters long and 12 to 15 meters high. It surrounded the space limited by the cliff of the Manzanares to the West, the “calle del factor” to the East, the Royal Palace to the North, and the “calle de Segovia” to the South. Nevertheless, its population (called Mayriti) didn’t only live inside this perimeter, as proved by the different archeological sites and remains found in its surroundings.

Sadly, most of the city’s walls and historical buildings were demolished after king Felipe II’s arrival, as part of its project of urban renewal. Its remains were then knocked down in between the 19th and 20th century, so not much of its heritage as survived to our days. 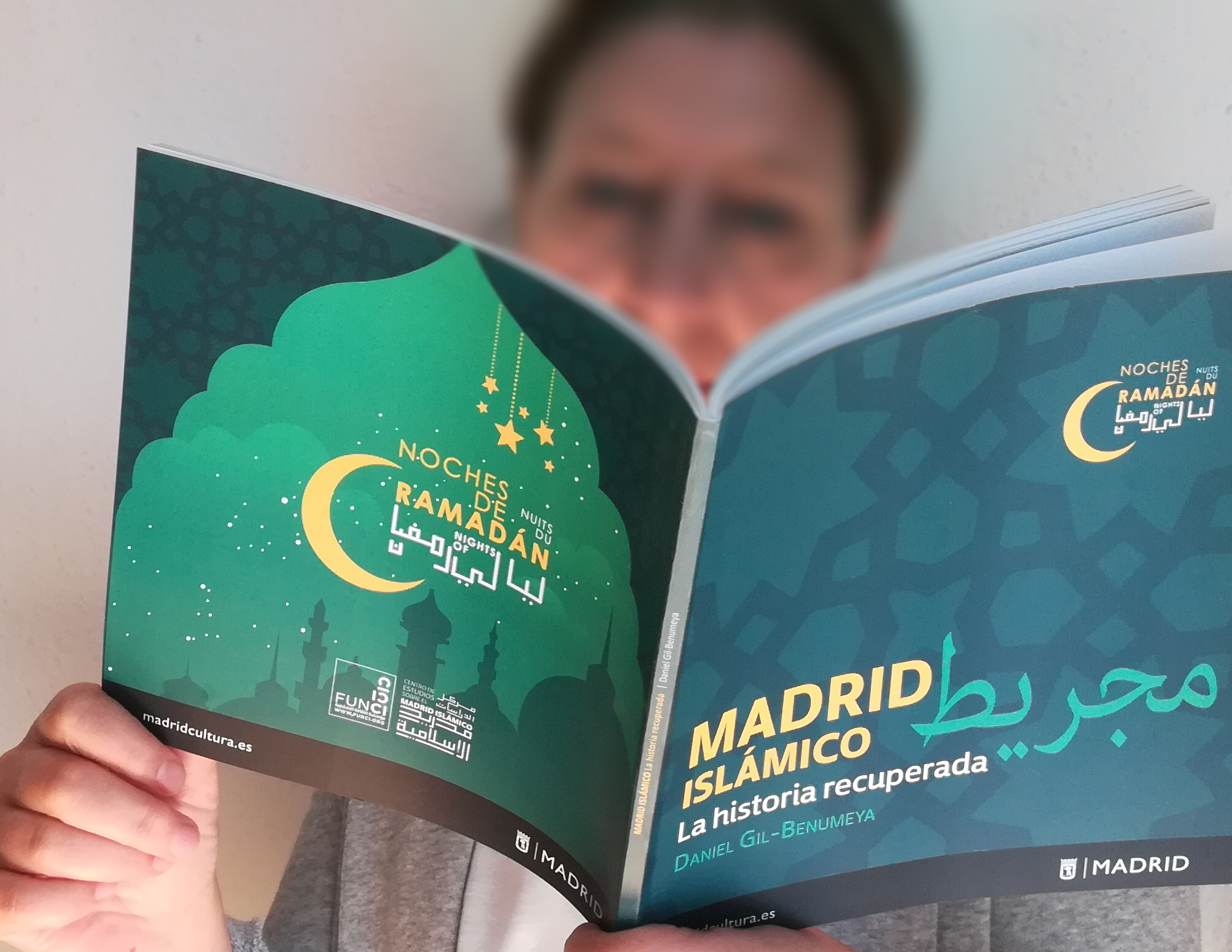 Even Mayrit’s ethymological origins (as it sued to be called back in the Al-Andalus period) remain unknown. Of the different hypothesis developed, two seem to explain its name best. The first one, the most commonly admitted, considers its name to be a mix between the Arabic word maŷra (riverbed) and the Romance suffix “-it”, which would the “place where there are maŷras or riverbeds”. The second explanation, less likely, considered the name to be an Arabization of the Romance form matrice, pronounced Matrich (origin), maybe in allusion to the springs of San Pedro.

The book also highlights the story of Saint Isidore, patron saint of the city, due to its Andalusi origins and the singularity of its features.

The book also highlights the story of Saint Isidore, patron saint of the city, due to its Andalusi origins and the singularity of its features. As explained by the author, in contrast with the common Saints, which generally belonged to noble families and devoted to a spiritual life, Saint Isidore was a peasant whose miracles addressed everyday problems, related to the sowing, the rain or the presence of wolves, among others. As developed by two Spanish historians from the University Complutense of Madrid, Matilde Fernández and Cristina Segura, his characteristics remind to the “friends of God” or Muslim mystics, which were people in communion with nature, cautious in the diffusion of their miracles and promotors of a simple life.

These characteristics, among others, made of Mayrit a meeting point between cultures, respectful with the different minorities that coexisted in the city and representative of the Andalusi culture that gave it birth. The book “Islamic Madrid. A recovered history” explains this cultural and historical side of the city, until now almost unknown, contributing to the recovery of the city’s historical origins and the fight against the hegemonic discourses that, until now, have tried to deny the capital’s diversity.

Click here to download the full book (in Spanish) and discover the rest of the secrets hidden by the city!