The second World Forum on Urban Violence and Education for Coexistence and Peace, which took place on November 5th to 8th, 2018, and which has counted with the active participation of FUNCI, ended with the commitment of developing an agenda for the city for peace. The final declaration included the measures the cities need to implement to achieve this goal and the tools to make them effective: from the fight against interpersonal violence, to the violence against women, racism, xenophobia and organized crime, to the defense of cities from war and the prevention and fighting against corruption.

The forum was conceived in 2017 as a meeting place for local leaders, organisms and international networks, academia, ONGDs and civil societies, with the aim of opening a joint process of debate, reflection and construction of solutions that contribute to the building of urban environments able to end all expressions of violence. On their first edition, they opened a line of work which highlighted the cities potential as a field to develop the 17 Sustainable Development Goals (SDGs), through the creation of a culture of peace.

The forum was conceived in 2017 as a meeting place for local leaders, organisms and international networks, academia, ONGDs and civil societies, with the aim of opening a joint process of debate, reflection and construction of solutions that contribute to the building of urban environments able to end all expressions of violence.

FUNCI supports this initiative since the beginning

FUNCI has collaborated in this important initiative since its launching. In 2017, it participated with the stand “Mayrit, a bridge for peace”, that stressed the Islamic origin of Madrid, while presenting the Centre for the Study of Islamic Madrid (CEMI). It also focused on the Andalusi culture as an educational tool for peace, through the exhibition “Islam, a common heritage”.

In this II Forum, FUNCI has made a qualitative leap, participating not only through a stand, but also with the workshop “Salam, from Mayrit to the Mediterranean”. 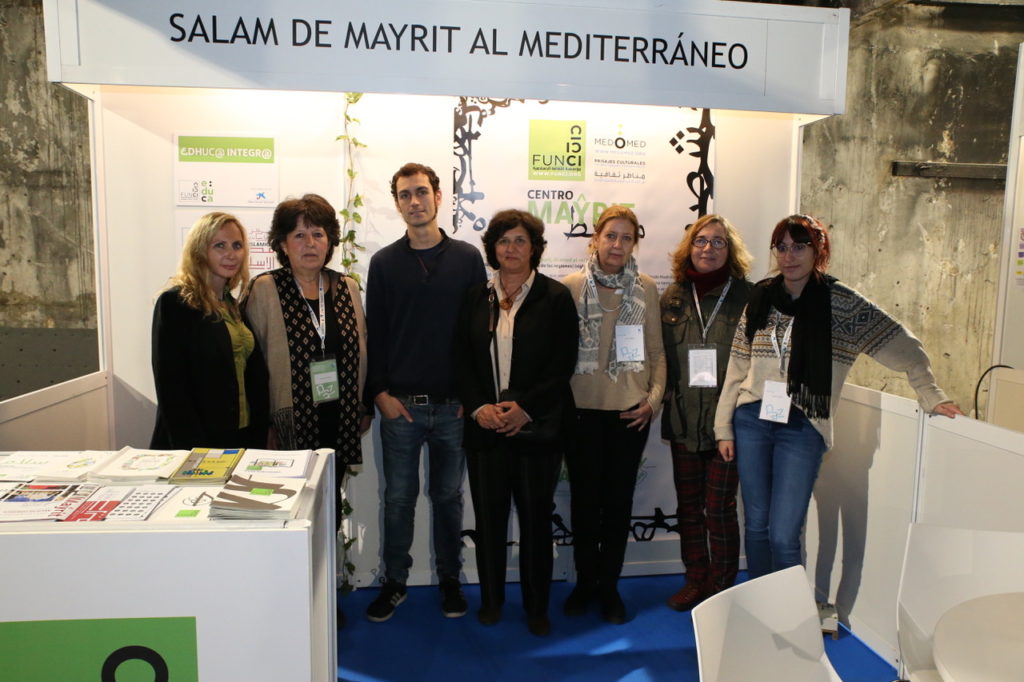 During this workshop, given on November 8th on the Borau 72 room, the Matadero’s projection room, FUNCI’s Secretary General, Encarna Gutiérrez, developed this foundation’s 37-year experience on the fight against cultural violence, with a transversal approach on diversity and human rights in all its actions. She also commented on Nelson Mandela’s motto, cited by Madrid’s mayoress, Manuela Carmena, at the Forum’s opening: “Violence is not inherent to human  beings”, by citing Ghandi’s famous quote, which describes FUNCI’s career:

“There is not a way to peace, there is only peace”

“Salam, from Mayrit to the Mediterranean”

In Islamic culture, people is greeted with the term “Salam”, which means peace. For this reason, this year FUNCI has focused on Peace as a message inherently linked to the Islamic culture, by reminding Madrid’s Andalusi origin as a connection and link to the Mediterranean. Among the successful and innovative experiences presented throughout the workshop, regarding FUNCI’s framework of action in the Mediterranean, Encarna Gutiérrez highlighted the project School of gardening Bouregreg Med-O-Med, launched in Salé, Morocco, and aimed at the young population at risk of exclusion and situations of precariousness or family violence. This project contributes to the youngsters’ training and labour insertion, as well as to the sustainable development of Morocco, through the training of instructors, from Spanish experts to Moroccan teachers. 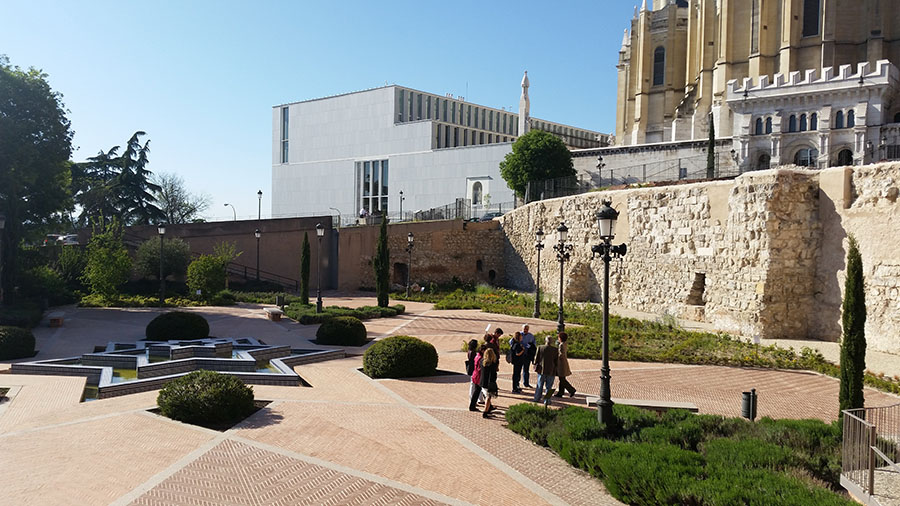 Likewise, in the frame of education for development and peace in Spain, the workshop also highlighted FUNCI’s work in intercultural coexistence, through the project EDHUCA INTEGRA, which covers three districts of the capital as a pilot scheme, as well as the online platform “Twistislamophobia, because differences add”, both co-financed by the Obra Social “La Caixa”.

Finally, the workshop, which also counted with the participation of Myriam de la Cavada and Irene Suarez, from FUNCI, closed with a group dynamics which evinced Madrid’s cultural violence against its Andalusi heritage and the rich historical legacy inherited.

An agenda for education and culture

Among the different experiences shared throughout the Forum, the workshop “Agenda 2030: Education and Culture, an essential alliance”, presented by the Spanish Agency for International Development Cooperation (AECID), was especially interesting. So were the raising-awareness campaign “The other Jerusalem”, organized on November 6th by MUNDUBAT, as well as the panel discussion on human rights organized by the City council of Madrid, which counted with the participation of FUNCI. More precisely, during the workshop “Agenda 2030: Education and Culture, an essential alliance”, Encarna Gutiérrez claimed the need for a greater cooperation of the cultural sector, able to have a political impact in order to achieve a common strategy and the necessary resources to implement it. After the discussion, the launching of a common sectorial strategy and agenda was suggested, with a good reception from the representatives of AECID. On the other hand, “The other Jerusalem” campaign, on the lack of human rights for the Palestinians living in Jerusalem, was also supported by FUNCI, who considers it an essential initiative.

Measures to achieve the cities for peace

The final declaration launched at the end of the II World Forum for Urban Violence and Education for Coexistence and Peace included different measures aiming at developing an agenda of cities for peace, in collaboration with local governments from all around the world, and with the many key institutional, social, economic and academic actors needed to implement public policies.

It is necessary to have policies that act on the causes that generate violence, and objectives to revert the cultural and structural elements that legitimize or justify this violence.

It is necessary to have policies that act on the causes that generate violence, and objectives to revert the cultural and structural elements that legitimize or justify this violence. Among the questions raised at the Forum, it was highlighted the collaboration with international agendas for the construction of peace and coexistence.  In this sense, FUNCI provides its experience through the many projects framed in the platform for development Med-O-Med, cultural landscapes for the Mediterranean and the Middle East, which gathers 23 countries of this region.