Counting the petals of a flower in any of the botanical gardens in the Med-O-Med network you may have noticed something unusual. Why do so few plants have 4 petals, or why is a 4-leaf clover so hard to find? Moreover, if you keep looking at the plants you might notice a recurrence of petal numbers with the following terms: 3, 5, 8, 13, 21, 34 or 55. Lilies for example have 3 petals, chicory 21, daisies 34 or 55… Are these numbers random?

To understand this, we will start with a famous 13th century Italian mathematician, Leonardo of Pisa, better known as Fibonacci, who, in addition to playing an important role in the Renaissance of mathematics in Europe, discovered a sequence that illustrates the close intertwining of mathematics and nature. 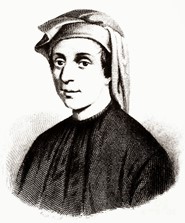 He was born in the Republic of Pisa and grew up in North Africa, specifically in Bugia (present-day Algeria), a place characterized at the time by its economic, cultural, and scientific development.

His father was a diplomat and merchant[1], so, from a very young age, Leonardo was in contact with the Indo-Arabic numbering system.

He then took advantage of the intellectual effervescence of the city to develop his knowledge, studying the works of some of the best-known scholars of the Islamic world. For instance, the works of the founding father of algebra, Al-Khwarizmi and his famous treatise, The Compendious Book on Calculation by Completion and Balancing [2]

However, Leonardo did not limit himself to study, and travelled to many countries in the Mediterranean-Islamic world. During these travels, he met different scientists and gradually learned the different systems of calculations used by the merchants. Of all the methods, he considered the one used by the Arabs to be the most advanced and the most practical.[3]

At the end of his travels, the young native of the Republic of Pisa returned to his land where he published, in the year 1202, the work Liber abaci, for which he would go down in history. Indeed, his book marked on its era as the first mathematician in the Western world to use the Indo-Arabic numbering system and to compare it with the Roman one.

The Fibonacci sequence has a set of very impressive properties that has never ceased to arise curiosity and interest, especially because it appears recurrently in nature.

Reading Liber abaci, we see that it comprises most of the greatest knowledge in algebra and arithmetic discovered by Arab scientists, such as square and cube roots or first and second-degree equations.[4] Leonardo therefore participated in this marvellous movement of sharing of knowledge between continents and civilizations.

Moreover, he was not satisfied by simply spreading other authors’ knowledge, he also developed his own theories. Above all, he discovered a recurring sequence that bears his name: the Fibonacci sequence. 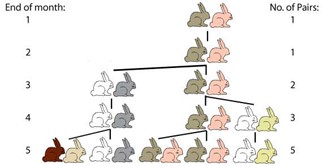 The myth tells us that Leonardo discovered it by studying the reproduction of rabbits, although the truth is that this animal’s reproduction does not follow this mathematical law. Despite this, the succession is still illustrated with this notorious example.

At first glance, this sequence seems quite simple, but it has a set of very impressive properties that has never ceased to arise curiosity and interest, especially because it appears recurrently in nature.

The regularity of Fibonacci numbers in nature: the example of phyllotaxis

The main link that we will see in this article between the Fibonacci sequence and nature is found in the phyllotaxis. This word, of Greek origin, literally means arrangement of leaves around a stem. In a broader sense, it is the study of the organization of all the elements of a plant, such as seeds, scales, branches etc.[5] Phyllotaxis has different categories depending on the arrangement of the elements of the plant. In this case, we will only focus on “alternate” phyllotaxis, in which spirals – called parastichies – are formed. 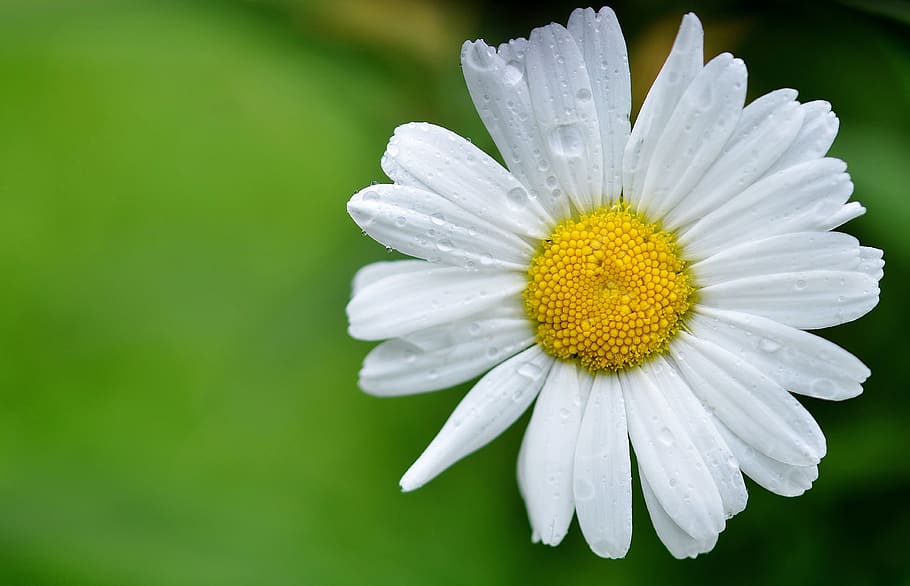 How is phyllotaxis related to the Fibonacci sequence?

Botanists had always been surprised by the regularity that they observed in the organization of plants, and it was from this observation that they connected phyllotaxis with the Fibonacci sequence.

One of the first to note a recurrence in the organization of plants was the astronomer and botanist Keppler who, in the 17th century, realized that the number 5 was frequently present in flowers – the passionflower, for example, has two tiers of 5 petals and 5 sepals – and apples have 5 divisions for their seeds.[6] Before Keppler, the famous Leonardo Da Vinci also identified the cycles of five leaves in one of his manuscripts: “If we take a reference leaf, the sixth leaf found on the way to the branch is aligned above the first one; that is to say, the leaves are arranged in cycles of five.”[7]

However, it was not until the 19th century that these observations were finally linked to the Fibonacci sequence. This connection was made possible largely by the development of “mathematical phyllotaxis,” in which botanists and mathematicians brought their research together.[8]

In 1831, Alexander Braun was the first to establish a link between the number of spirals (parastichies) and Fibonacci terms through the example of pineapples.[9] His studies showed that the distribution of the scales of this fruit were always two consecutive Fibonacci numbers (8 and 13 are the most frequent). 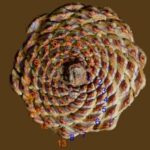 Braun’s hypothesis, which illustrated a correspondence between the numbers of parastichies and the Fibonacci sequence, was confirmed a century later by the mathematician Alfred Brosseau.  In 1968, the mathematician conducted a study with 4290 pinecones – from ten different pine species in the California region – and the results were very relevant because, except for 74 pinecones, they all followed the Fibonacci sequence (a 98.3% coincidence!).[10] After this, other studies continued to corroborate this phenomenon.

We can also illustrate this curiosity through the example of the sunflower and the organization of its seeds in spirals.[11] It is just necessary to count the number of parastichies in one direction, and then in the other, to realize that they are usually combined in the following ways: 34-55 / 55-89 / 89-144 [12] 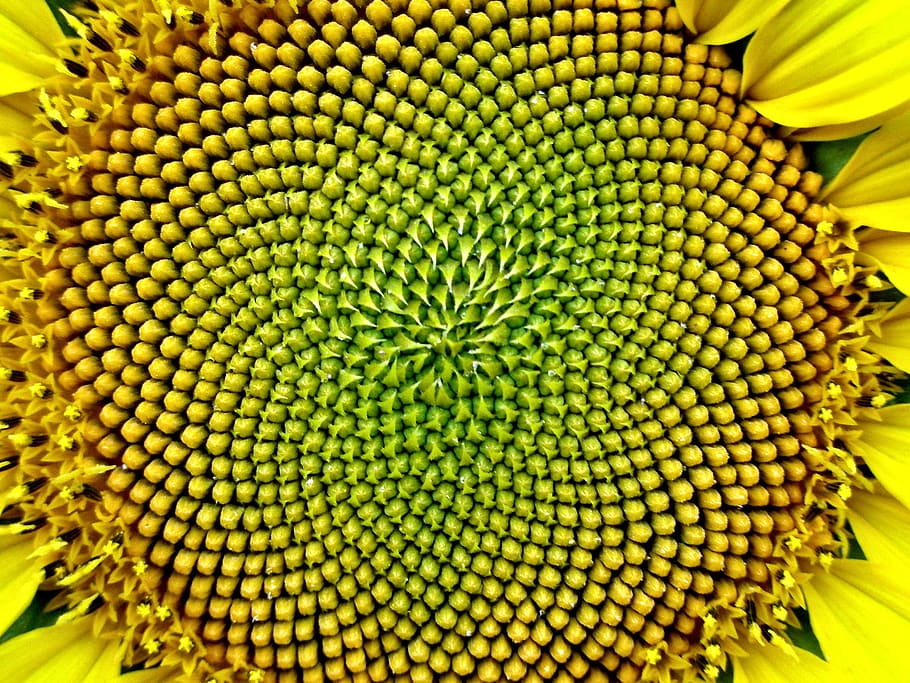 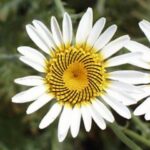 This logic is also found with a flower that we can find in most of our green spaces: the daisy. If we look at its center, we can also distinguish two spirals: one clockwise and the other counter-clockwise, and it turns out that the number of parastichies in each direction also follows the following terms of the sequence: 21-34 / 34-55…[13] 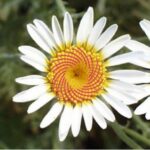 For example, on the left picture we can see that the daisy in the clockwise direction has 34 spirals, while on the right picture, the same flower in the opposite direction has 21 spirals.

As it has been shown so far, the organization in parastichies (spirals) has a very high correspondence with the Fibonacci numbers. However, this relationship does not occur when the phyllotaxis is not alternate, but rather verticil (several leaves arise from the same level on a stem) or opposite (two leaves arise from the stem at the same level on opposite sides of it).[14]

Why does this phenomenon occur? Based on the idea that plants have splendid colours in order to attract bees or other pollen-carrying animals, we might think that this organization has a utilitarian purpose, in accordance with a specific objective. However, the answer is not so simple and there is still no real consensus. Debates remain, mixing mathematical, physical, and botanical explanations, as well as some mystical or teleological ones. 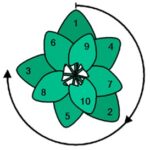 However, today we know that in phyllotaxis the law of divergence – that we owe to the botanist Charles Bonnet (1754) – is confirmed. He explained that: “for each species of plants, the angle formed by two consecutive leaves, which is called the angle of divergence, is constant“[15]. From this observation, many explanations have emerged, some of which contradict each other with the passage of time.

Without delving into these academic debates, we will be interested in the link between the Fibonacci sequence and this botanical law. If we look at the Fibonacci sequence, we can notice that, if we divide each number in the sequence by its predecessor, we obtain a result very close to the number Φ, known as the golden number. 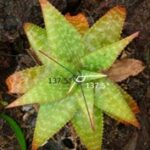 For a long time, it was said that this angle was ideal because it allowed a plant and its leaves to obtain maximum exposure to sunlight, at the same time it allowed a perfect organization of the seeds, without damaging each other, putting in a given space the largest quantity of them.

If we look at the Fibonacci sequence, we can notice that, if we divide each number in the sequence by its predecessor, we obtain a result very close to the number Φ, known as the golden number.

However, more recent theories highlight that the need for light does not necessarily lead the plant to adopt the Fibonacci angle, because it appears that optimal illumination is usually achieved by the production of long and thin leaves. This observation opens, once again, the debate around its explanation.

In conclusion, a question as apparently simple as the reason behind the arrangement of leaves on a stem, or of seeds, has led us to see how mathematics and nature come together, to the delight of our eyes. The golden number, according to several Greek thinkers, is one of the reasons why nature is so “pleasant and beautiful” to look at. It is also the case in architecture and painting.

This reflection leads us to an underlying question, interesting to conclude this article: did man invent mathematics or was it already present in everything around us?