Last May 20th and 21st, we celebrated the I Interdisciplinary Congress on the History and Memory of the Islamic Madrid (Andalusi, Mudejar, Moorish), organized by the Center for the Study of Islamic Madrid, belonging to the Islamic Culture Foundation, and the Research Group “Christians and Muslims in the Spanish Middle Age”, of the University Complutense of Madrid (UCM). 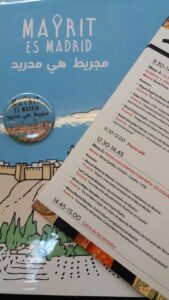 It was the first Congress to focus specifically on the Islamic past and heritage of Islamic Madrid, covering all its periods, from the founding of the city during the Al-Andalus period to the continued Muslim presence in the Middle Ages and the Modern Age. The initiative has been fueled by the growing interest in the Islamic history of Madrid experienced over the last five years, as well as the way in which this history dialogues with the cultural and religious diversity of the current Madrid, and the memory and heritage policies carried out by public institutions, which are not always coherent with the needs of a plural society.

Several elements that underline the importance and originality of this Congress. Firstly, the effort to update and share knowledge about Islamic Madrid carried out by the academia, taking up the baton of the congresses and publications produced during the “golden age” of Madrid archaeology, more than two decades ago. Secondly, its interdisciplinary nature, through its covering of three historical periods (the Andalusian, the Christian Middle Ages and the Modern Age), something rarely dealt with together, and through the bringing together of different academic disciplines. And thirdly, because of its desire to combine academia with citizen initiatives and institutional work, thus intertwining the production of knowledge with the reflection on heritage, history with memory. Therefore, historical events are read and approached through by responding to a contemporary criterion of collective identity and political opportunity, in order to reflect on the current state of the heritage of Madrid, the promotion and conservation initiatives that exist today and the efforts that can be made in the future.

Several elements that underline the importance and originality of this Congress. Firstly, the effort to update and share knowledge about Islamic Madrid carried out by the academia

This importance was made evident by the use of the Assembly Hall of Building D of the Complutense University of Madrid’s Faculty of Philology for the Congress, a large and formal space that allowed the largest possible number of participants to be accommodated within the current sanitary circumstances, and which reflected the UCM’s own interest in promoting this academic and social initiative. It was also reflected in the attraction of sponsors, with the complementary involvement of the Qatari publishing house Dar Al-Thaqafa and the company Anbatat, whose involvement and funding of the Congress reflects the international interest in Madrid’s Islamic origins and history. 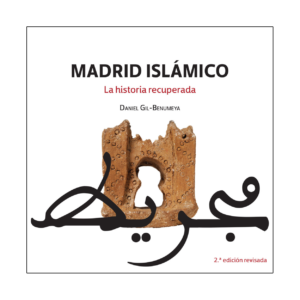 In fact, Dar Al-Thaqafa, in collaboration with FUNCI, has recently published a revised edition of the book Islamic Madrid: a Rediscovered History, published by CEMI’s scientific coordinator and professor at the UCM, Daniel Gil-Benumeya. The book, published in Spanish, English and Arabic, covers almost 750 years of Madrid’s history, from its foundation to the modern age, with the aim of showing the interculturality that has characterized this capital’s history.

An approach to the different historical periods of Madrid

The conference was then structured around five thematic round panels. The first panel was devoted to the Al-Andalus’ Madrid and was opened by Christine Mazzoli-Guintard, professor at the University of Nantes and author of Madrid: Small City of Al-Andalus, IX-XXI (2011), who summarised the history of early Madrid as well as the subsequent construction of its memory, and in particular the insistent attempts to deny the Islamic origins of the Villa. He was followed by Eduardo Manzano, from the Spanish Higher Council for Scientific Research (CSIC), an expert in the history of al-Andalus as well as in the politics of memory, who spoke of the frontier characteristics of the region of Madrid in the 10th century, and the role played by the fortress of Madrid. Antonio Malalana Ureña, professor at the CEU San Pablo University, also spoke on territorial organization of Al-Andalus, while the Arabist Helena de Felipe and the geographer Juan Javier García-Abad Alonso, professors at the University of Alcalá, gave a joint talk on the physical and human geography of the region of Madrid in the Andalusian period, and, in particular, on the Amazigh (Berber) presence. The panel was closed by Professor of Applied Mathematics and Statistics of the CEU San Pablo University, María del Carmen Escribano, with a paper on the oldest and probably most unknown illustrious Madrilenian: the mathematician and astronomer Maslama al-Maŷriti. The table was moderated by Soha Abboud. 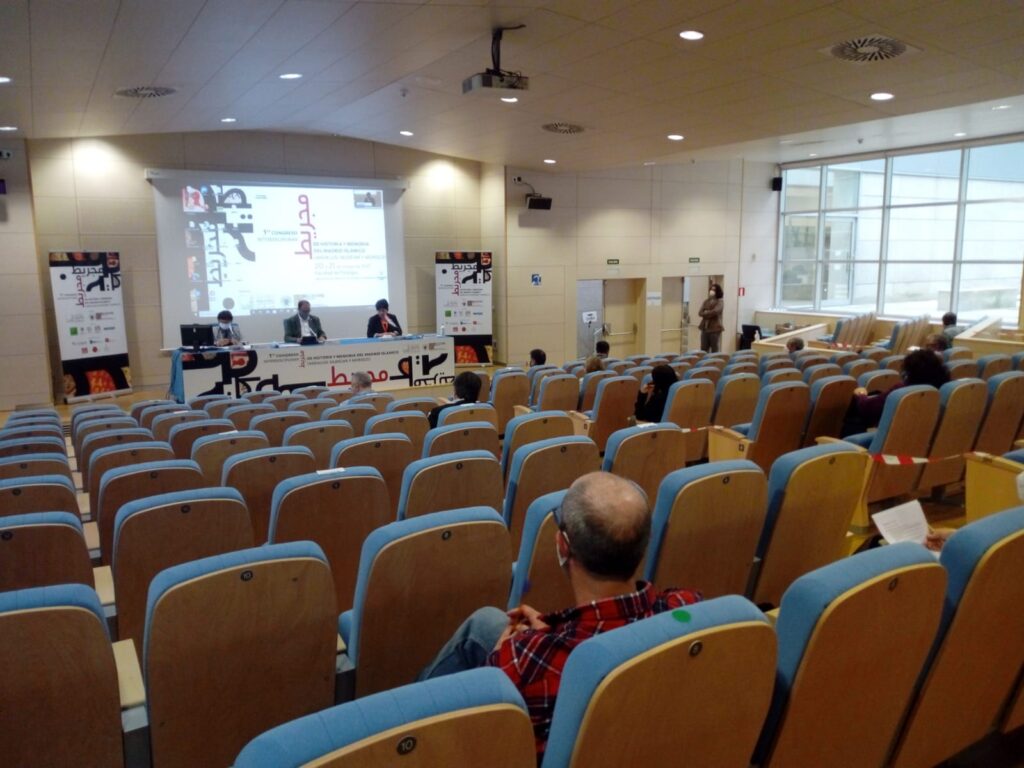 The second panel was devoted to the Mudejar Islamic presence in the Medieval Christian Madrid. It was opened by the medievalist Juan Carlos de Miguel Rodríguez, author of a seminal work on the Mudejar community in Madrid. The characteristics of this minority and the fate of the city’s Andalusi population after the Christian conquest in 1085 were the subject of a lively debate with other members of the panel, such as the UCM researcher Rodrigo Moreno Torrero, who referred precisely to the latter question, and researcher Juan Rebollo (University of Valladolid), who analysed the Mudejar groupings and networks in the centre of the Peninsula. The archaeologist José Ignacio Murillo updated our knowledge of the Muslim cemetery in Madrid, which extends through the subsoil of the Plaza de la Cebada and its surroundings and which he himself had the opportunity to excavate, and Maribel Pérez de Tudela, a member of the Research Group “Christians and Muslims in the Hispanic Middle Ages”, focused on the popular Christian devotions in the multi-religious Medieval Madrid.

The third panel, significantly entitled “Explorers of Islamic Madrid”, aimed to provide a space for research and projects produced outside the academic sphere (although not necessarily unrelated to it), linked to the recovery and dissemination of the tangible and intangible heritage of Islamic Madrid. It was opened by the historian and archaeologist Alicia Torija, vice-president of the association Madrid Ciudadanía y Patrimonio (MCyP), who gave an in-depth reflection on the definitions of heritage and the role of civil society in its promotion and defence, in the form of an “instruction manual”. It was followed by Arabist Daniel Gil-Benumeya Flores, professor at the UCM and scientific coordinator of CEMI, who reflected on the memory and representation of the Al-Andalus, Mudejar and Moorish Madrid in the streets of Madrid. José Manuel Castellanos Oñate, architect and undoubtedly one of the leading figures in the research and documentation of the medieval history of Madrid, offered the most recent and partly unpublished data on Madrid’s Al-Andalus wall, offering different hypotheses on the location of the Alcazar and showing magnificent digital reconstructions that illustrated his work. Finally, journalist Rafael Martínez and historian Juan Cortés, members of CEMI and independent disseminators of the history of Islamic Madrid, gave talks on the cultural itineraries of Madrid and its region, their importance in the defence of heritage and the various reflections they give rise to. 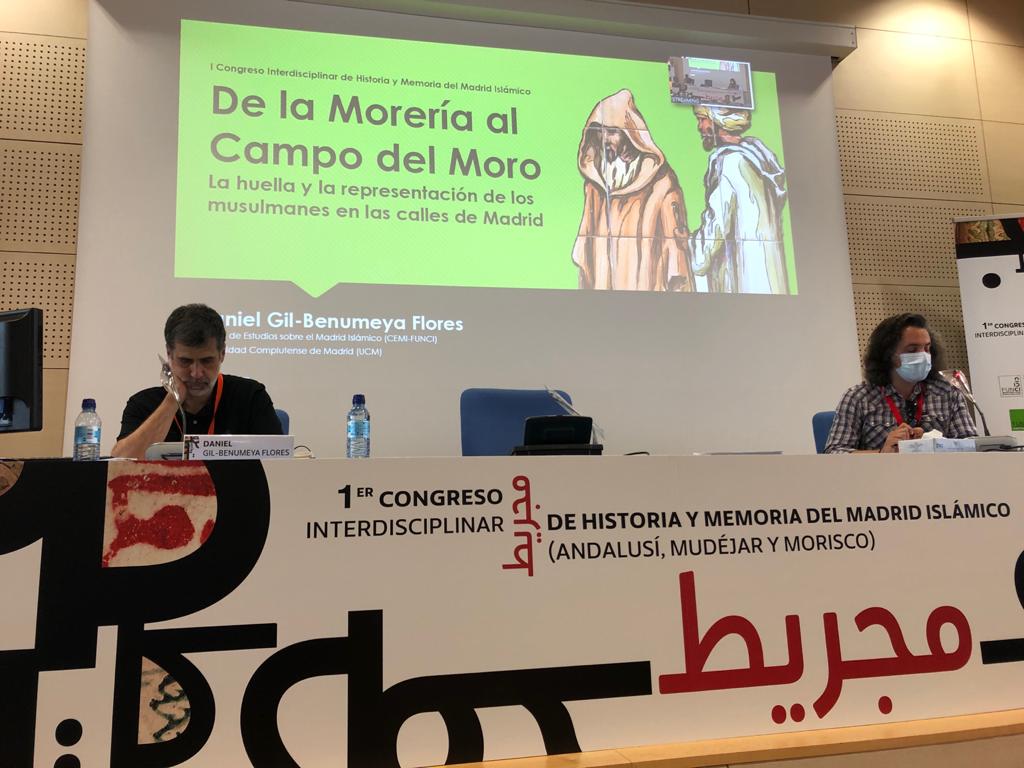 The fourth panel was devoted to the Islamic presence in Madrid during the Modern Age, focusing on the original presence inherited from Al-Andalus (the Moorish), and the foreign presence, both in the form of Berber slaves and foreign ambassadors. It was opened by one of the leading figures in the field, Miguel Ángel de Bunes Ibarra, professor at the CSIC’s Institute of History, who analysed the little-known issue of Muslim exiles in modern Spain through the figure of Muley Xeque, Don Felipe de África, a Moroccan nobleman and a unique figure in Madrid’s 16th century society. Rubén González Cuerva, also from the CSIC’s Institute of History, spoke about Muslim ambassadors in modern Madrid (Persians, Ottomans and Moroccans) and the various questions and problems that their presence raised. The historian Felipe Vidales capitalised on his dual status as a specialist in the Modern Age and an interpreter of Islamic heritage in Toledo to address the urban cultural itineraries built around the Moors and other groups and figures situated on the margins of history. Finally, Borja Franco Llopis, professor of Art History at the National University of Distance University (UNED), analysed the representations of Islam and Muslims in the royal entrances of Madrid, that is, the ephemeral and triumphal architecture that decorated the great pomps of the Court of the Habsburgs. It was moderated by the Arabist Sonia Prieto, lecturer at the UCM.

The third panel, significantly entitled “Explorers of Islamic Madrid”, aimed to provide a space for research and projects produced outside the academic sphere (although not necessarily unrelated to it), linked to the recovery and dissemination of the tangible and intangible heritage of Islamic Madrid.

The last panel analysed the current situation of Madrid’s Islamic heritage: what remains, what is visible, what state is it in, and what is going to be done about it? Chaired by Alicia Castillo, president of ICOMOS Spain and professor in the Department of Prehistory, Ancient History and Archaeology at the UCM, she gave the floor first to the archaeologist Manuel Retuerce, professor at the UCM, member of the research group “Christians and Muslims in the Hispanic Middle Ages” and collaborator of CEMI. This senior researcher made a detailed review, with unpublished images, of the various Andalusi sites that remain in Madrid and their state, from the 1970s to the present day. Marisa Bueno Sánchez, also a member of the aforementioned group and a CEMI collaborator, also referred to the particular circumstances of archaeology in Madrid. She reminded that there are several Islamic necropolises in the Community of Madrid, and gave rise to a debate on funerary archaeology and the current state of Islamic cemeteries. The archaeologist Mónica Major presented the interventions and initiatives for the museumisation of the famous “water journeys” of Madrid, of modern times but with Islamic roots. The institutional presence of Luis Lafuente Batanero, General Director of Cultural Heritage of Madrid’s City Council was unfortunately cancelled and replaced by the intervention of José Barrado, technical architect of Madrid’s City Council, who presented the recent interventions carried out by the local government on the city’s Islamic heritage. 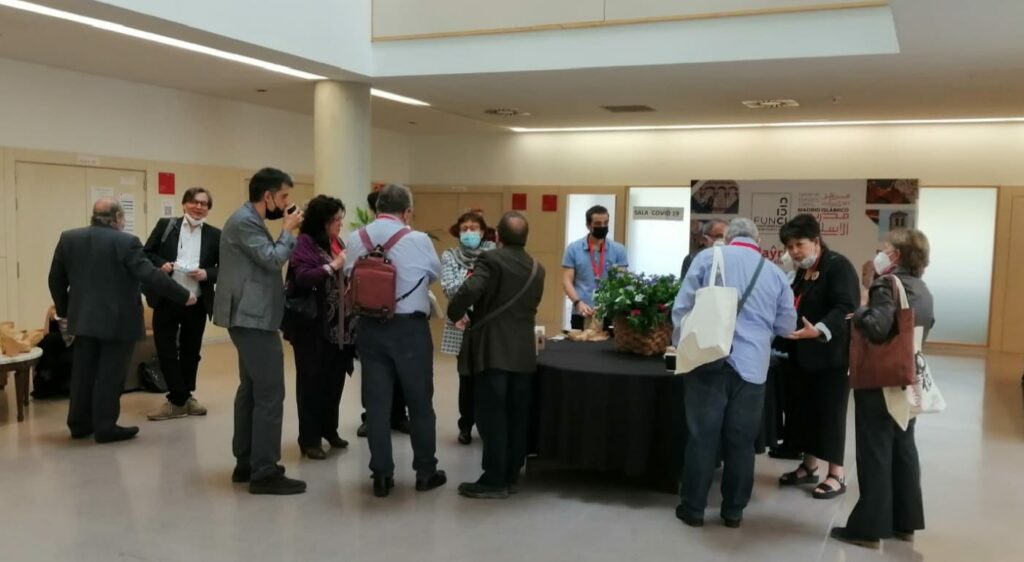 A hybrid format and a great reception

Held in the midst of the pandemic crisis, which forced the cancellation of the first attempt to organise the event in 2020, the Congress was held in a hybrid format, which gave attendees the possibility of participating in person, in webinar format (digital, but maintaining the possibility of actively participating via comments and questions) and through live broadcasting on YouTube.

The Congress has been fueled by the growing interest in the Islamic history of Madrid experienced over the last five years, as well as the way in which this history dialogues with the cultural and religious diversity of the current Madrid.

Both the face-to-face model and the webinar format had limited capacity, for reasons of health safety and management, and sold out a week before the Congress, gathering more than a hundred attendees. For its part, the direct streaming of the Congress, offered through the YouTube channel of the Islamic Culture Foundation, reached the figure of 1,001 views.

As commented throughout the Congress and reflected in the initiative’s own title, this is an initiative with a vocation for continuity. We hope that the efforts carried out within CEMI, as well as the research and dissemination work carried out by the numerous participants in the congress, pave the way for a second Congress in the future, which will continue to deepen on the work of research, dissemination and preservation of the tangible and intangible heritage of Madrid.