This last year, the Islamic Culture Foundation (FUNCI) has signed many collaboration agreements with international and Spanish universities for the implementation of projects and the launching of training activities within our Foundation.

Committed to its goals of education, disseminating knowledge, and the creation of networks, these agreements strengthen FUNCI’s institutional network and create a platform for the implementation and dissemination of projects. They act as an amplifier for the transmission of an interreligious and intercultural message and provide FUNCI with a wider range of action. It is, of course, a bidirectional network which allows FUNCI to learn and improve, profiting from the Universities and Research Centers recently incorporated to its network of collaboration. 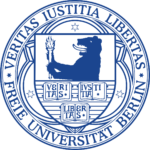 A push to FUNCI’s projects

These agreements also contribute to the training of young students, while at the same time strengthening FUNCI’s projects. At FUNCI we work so that these training processes don’t only hold a working approach, but that they also contribute to the personal development of the trainees, so that they acquire greater sensibilities and a development on the Islamic culture, Spain’s Al-Andalus past, and the historical interrelations that have taken place across both shores of the Mediterranean, from an open and multicultural perspective.

Committed to its goals of education, disseminating knowledge, and the creation of networks, these agreements strengthen FUNCI’s institutional network and create a platform for the implementation and dissemination of projects.

FUNCI continues to hold many branches and actions that allow it to project its aims of cultural dialogue, heritage preservation, and fight against intolerance in many fields, always adopting a transversal approach that ensures the respect of the values that sustain the Foundation in all its projects.

Among them, the training agreements are framed on the projects of “Twistislamophobia, because differences add”, and the “Center for the Study of the Islamic Madrid” (CEMI), launched throughout the last decade. “Twistislamophobia” has been active since 2015, and focuses in the fight against Islamophobia, through the production and dissemination of objective narratives on Islam, that aim at tackling the prejudiced and culturalist discourses behind Islamophobia.

The Center for the Study of Islamic Madrid, launched in 2017 with the goal of recovering Madrid’s tangible and intangible heritage, has had a very positive reception and media impact. Madrid is the only European capital of Islamic origin, a fact almost unknown even by the city’s own population. Through conferences and publications, interviews in the media and the organization of well-attended visits to the Islamic Madrid, CEMI works actively for the recovery of the city’s historical memory.

Next May 20th and 21st will take place the “First Interdisciplinary Congress on the History and Memory of the Islamic Madrid (Andalusi, Mudejar, and Moorish)”, which will gather more than thirty specialists on the topic, and whose development can be followed both in an on-line and on-site format.

The launching of the Benumeya Database

Lastly, the collaboration with the Center for Global Studies allows us to introduce the last project we are working on: the development and expansion of the Benumeya Database. This project, designed and launched by FUNCI, aims at creating a bibliographic database on the north of Africa and Al-Andalus. 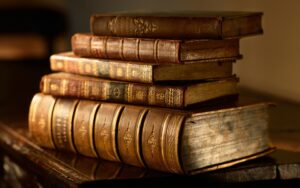 With this purpose, it relies on an existing project, the Spanish Bibliography on the north of Africa, developed by Rodolfo Gil-Benumeya Grimau (1931-2008) and supported by Andalucia’s regional government. It is the biggest bibliographic database ever compiled on the north of Africa and Al-Andalus, and it covers until the year 2005.

FUNCI wishes to recover this project, update it and use it as a basis to create an open and dynamic database, which (just as the latter project) has not only an academic purpose, but is also a reflection of the many and relevant relations held between Spain and the Mediterranean’s Southern rim throughout history.

The agreement signed with the CSG, in the frame of the existing relations between FUNCI and the International University of Rabat, is the first step for this project’s implementation, which will begin he design of this big database, which holds more than 38,000 references.