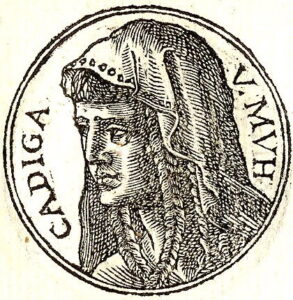 Khadijah bint Khuwaylid (خديجة بنت خويلد ), the first wife of the Prophet Muhammad, was born in Mecca into a merchant family of the Quraysh tribe. After the death of her father in battle, she took back the family business and developed it very quickly, to such an extent that her caravans became famous. They could be found all over the Arabian Peninsula, from Yemen to northern Syria. Even though she was surrounded and advised by her brothers and uncles, it was always her who had the final word and led the family business.

During the time of the Jahiliyyah (before Islam), Khadijah was already a remarkable woman, who stood out due to her strength of character, her power and autonomy. Her decision to choose her husband in an era dominated by men and polygamy, in which women had no rights or social status, illustrates this perfectly.

In this regard, historian Bettany Hughers (who also presented the documentary When the Moors Ruled in Europe) said that “it was her business acumen that would set her on a path that would eventually change the history of the world “. Before changing the history of the world, Khadijah first began by changing the mindsets of those around her, by gaining the respect of her fellow countrymen and asserting herself as a powerful woman. She was such a good businesswoman that it was said that she could trade dust for gold.

The caravans needed leaders to guide them, and because she did not like travelling, she hired men for these activities, after careful selection processes. These men had to travel around Arabia to sell their products. One of them was Muhammad. At that moment, and without knowing it yet, Khadijah was about to change the world.

Until then, she had refused to marry again and had rejected many suitors, but the young Muhammad caught her attention and admiration for his qualities, which made Khadijah change her mind and propose to him, despite his humble condition. The future Prophet accepted in 595, after obtaining the agreement of his uncle and protector Abū Ṭālib. It should be remembered that Muhammad was an orphan, having missed both his parents.

Khadijah, known by her free spirit, married the young Muhammad, when he was barely 25 years old, while she was 40. 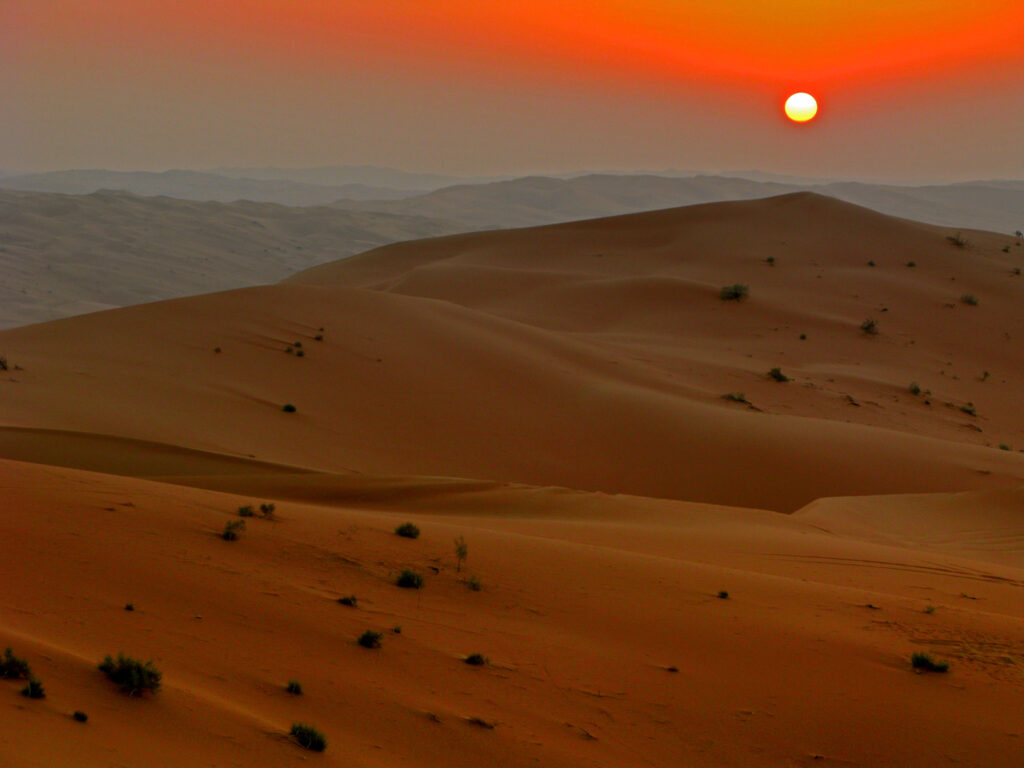 This happened before the revelation. When in 610 Muhammad received the first revelation from the Archangel Gabriel, he returned home confused and distressed, and decided to tell Khadijah about it. After listening to him –and, more importantly, believing him–she calm him down and took him to consult with her cousin Warqah ibn Nawfal, a hanif, or believer in monotheism and knowledgeable of the Christian tradition. At the time, Muhammad feared he was possessed by a jinn. It was Waraka who explained him that the angel in question was not a demon, but Jibril (Gabriel), the same archangel who came to speak to Moses. From that moment on, the revelations to the Prophet Muhammad continued. Thus, as told in The Chronicles of Tabari, the first person in History to convert to Islam was Khadijah.

In the Islamic tradition, Khadija is considered and appreciated for the important role she played in supporting the Prophet and in his fight against his enemies. In one of the Kutub al-Sittah (original books of compilation of hadith, or sayings and acts attributed to Muhammad), the Sahih Muslim, the following hadith about the Prophet’s wife can be read:

“Allah granted me no better wife than she: she had faith in my Message when people rejected it. She believed in me when people called me a liar. She shared her wealth to ease my grief when people abandoned me. And she gave me, by the grace of Allah, the progeny that no other wife could give me.”

Today Khadijah, who is also known as “the mother of the believers”, still holds a special place in the hearts of Muslims, so much so that the year of her death (619) is known as the “year of sorrow”.

A woman who broke the glass ceiling

“She literally broke the glass ceiling. Even women today would aspire to do what she did 1,400 years ago.” This is how Asad Zaman described the first Muslim woman in history, Khadija , in a BBC article.

Indeed, Khadijah’s story, in addition to showing the journey of an extraordinary woman, allows us to deconstruct many prejudices about Islam and the conditions of Muslim woman throughout history. Khadijah, the first Muslim woman and first wife of Muhammad, was not an oppressed or homebound woman, as Orientalist or culturalist thinking would have us believe. She was quite the opposite. Until the end of her life it was her who led her business, and everyone respected her, not only for being Muhammad’s wife, but for her enormous qualities, a source of inspiration for Muslims. The Prophet himself placed her among the highest women in History, from a spiritual point of view, along with Myriam, Aisha, and his daughter Fatima.

As Fozia Bora, Associate Professor of Islamic History at the University of Leeds, explains:

“For me, as a historian and as a Muslim, Khadijah is an inspiring figure, like Fatima (one of her daughters with Muhammad) and Aisha, among other women. It is wonderful for me to be able to teach my students about these women.” [2]

Khadijah, along with other women in the history of Islam, conveys an image of Muslim women that is totally different from what can be seen and read nowadays in the press and the media. Far from populist debates on the Islamic veil, her figure reminds us that the emergence of Islam was an expansion of Muslim rights. It also reminds us that women like Khadijah, Aisha or Fatima are models of women’s emancipation, which must be studied and remembered.