The Doha International Center for Interfaith Dialogue (DICID) is a Qatar-based institution working to promote interfaith dialogue and interculturalism. Created in 2007, it is conceived as a forum for political, social and religious actors, meeting periodically at its annual Congress. Its aim is for these meetings to lead to “scientific solutions, educational practices and training sessions in the field of dialogue.”

The 14th Doha Conference on Interfaith was dedicated to the issue of “Religions and hate speech: between Scripture and practice”. The event was structured around three axes: the causes, motivations and dangers of hate speech; 2) the patterns and forms that hate speech takes; and 3) the impact and consequences of hate speech. 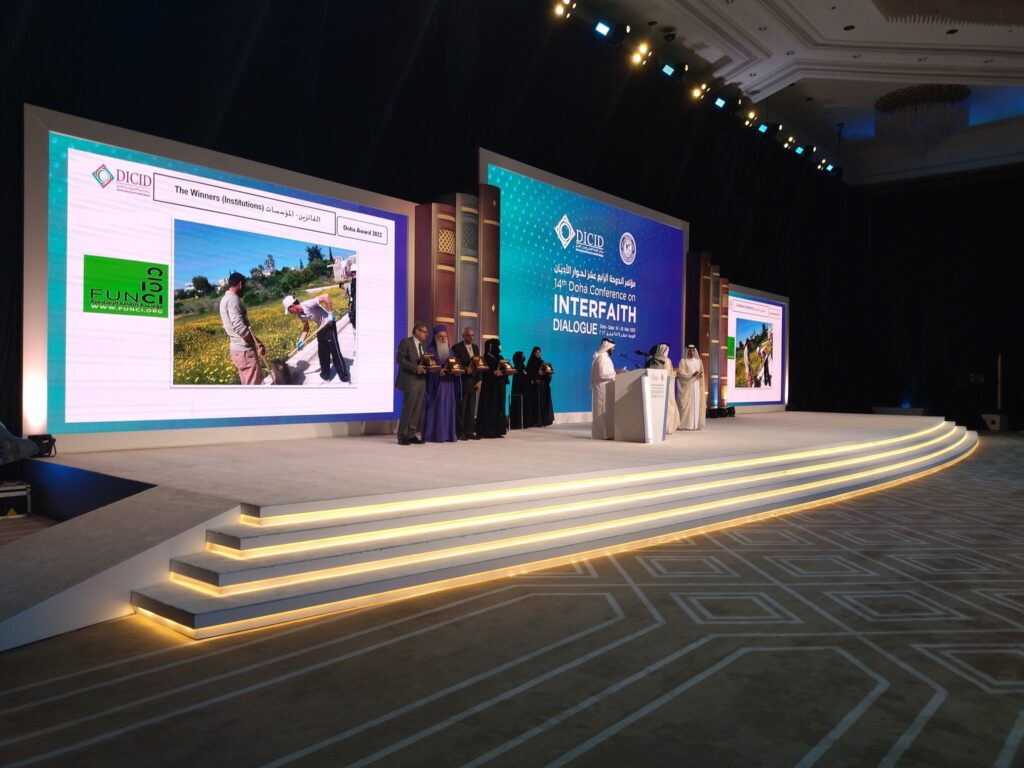 The congress was attended by more than 300 people of 70 nationalities, including civil society, international institutions, academics, religious scholars, and governmental actors. Its overall objective was not only to provide a comprehensive analysis of the global situation of hate speech from different perspectives, but also to contribute to the building of collaborative networks and the formulation of proactive proposals and analysis.

During the Congress, three individuals and three institutions were awarded for their efforts to consolidate the principles of interfaith dialogue, as well as for their contribution to spreading a culture of respect and combating racism. As explained by Mohammed Al Ghamdi, a member of DICID’s Board of Directors: “The aim of the award is to promote interfaith dialogue and coexistence, especially within societies, and to highlight outstanding successes in this regard.” 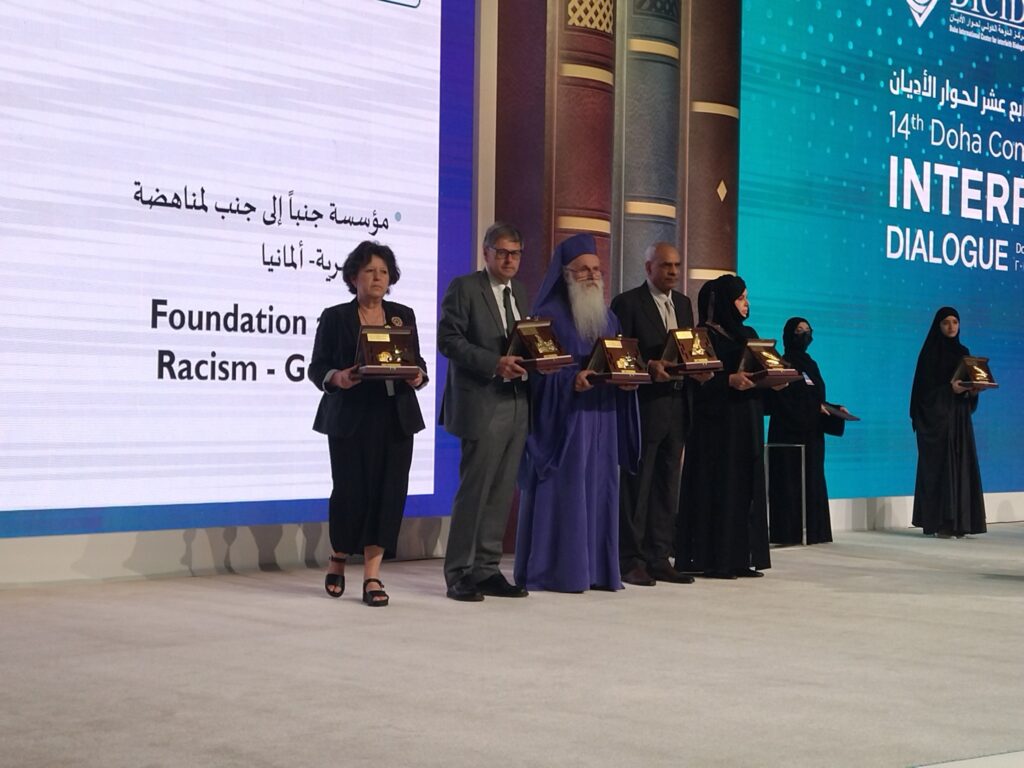 The Islamic Culture Foundation was awarded in recognition of its work for more than 40 years in favor of dialogue and the fight against prejudice and stereotypes. FUNCI participated in the Congress with a paper dedicated to “Culture and heritage restoration in the fight against Islamophobia”. This title reflects well the work axes of the Foundation and its effort to fight against hate speech and discrimination in an innovative way, based on education, culture, history and heritage. The award was collected by Encarna Gutiérrez, Secretary General of FUNCI, accompanied by Inés Eléxpuru, Director of Communications of the Foundation.

Along with FUNCI, the Woolf Institute, based in the United Kingdom, and the German association Side-by-Side received awards. In the individual awards category, the efforts of Dr. Mohammed Khalifa Hassan, Dr. Sabrina Lei, and Bishop Malkhaz Songulashvili were recognized.

Culture and heritage against hate speech

In a context of growing Islamophobia, the paper presented by Encarna Gutiérrez included a series of reflections on how to actively combat this type of discrimination, using heritage to promote an inclusive and intercultural society.

Her intervention was divided along three lines: the promotion of dialogue and pluralism, the role of education in the fight against hate speech, and, finally, the use of heritage to combat discrimination. The intervention considers that, as societies become increasingly multi-ethnic, multi-faith and multi-cultural, it is important to develop and promote a greater political and cultural investment to ensure the openness and cohesion of our societies.

As societies become increasingly multi-ethnic, multi-faith and multi-cultural, it is important to develop and promote a greater political and cultural investment to ensure the openness and cohesion of our societies.

To support these three points, the communication relied on the different projects developed by FUNCI in recent years, mainly, Twistislamophobia, which aims to develop narratives and counter-arguments against Islamophobia; the recently created Islamoteca, which gathers different activities and materials to promote awareness of Islamic culture; and the Center for the Study of Islamic Madrid, for the recovery of the material and immaterial Islamic heritage of Madrid.

Encarna Gutiérrez concluded with an appeal to all attendees:

“We must work together to allow for the development and entrenchment of alternative historical narratives that change our perceptions of Islam and the role it has historically played in the West.”