During the month of May, the Center for the Study on Islamic Madrid (CEMI) has developed several actions to continue its work of dissemination on the Islamic past of the capital.

The month began with CEMI’s participation in a master class at the Autonomous University of Madrid, through two of its members, Irene Suárez and Aurora Ferrini. CEMI was invited by Concepción Abad Castro and Ignacio González Cavero, professors of the subject Art in Al-Andalus in the Art history Degree, to give a class on Al-Andalus’ origin of Madrid and its artistic particularities. The students had the opportunity to broaden their knowledge of the different artistic manifestations that characterize Islamic Madrid. The class delved into the most representative ceramics and architectural elements visible in the capital. CEMI also wanted to show a practical vision of heritage management and the implementation of best practices for its dissemination. 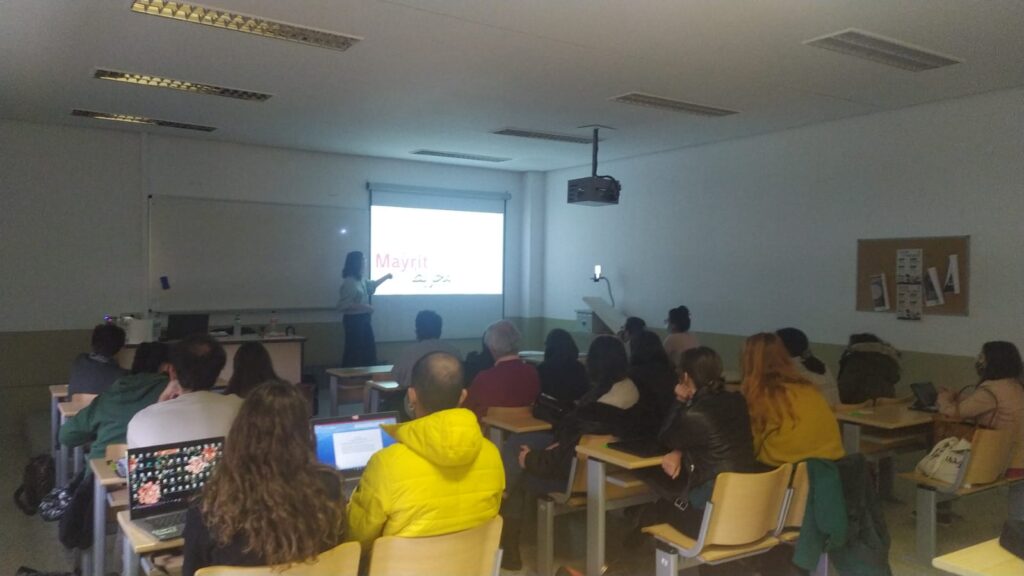 Students committed to the recovery of heritage

The objective of the session was to show new narratives of research and dissemination, as possible alternatives to their final degree projects and their immediate professional future. CEMI wanted to motivate the study of little-known subjects such as the different Islamic survivals in the city of Madrid. The activity had a great acceptance by the students and the teaching staff and laid the foundation for the signing of a collaboration agreement between FUNCI and the UAM, for the development of joint actions in research and dissemination for the next academic year 2022/2023.

Also related to the dissemination in the university environment, last May 18, Daniel Gil-Benumeya, scientific coordinator of CEMI, was invited by the Popular University of Alcobendas to talk about the Andalusian, Mudejar and Moorish Madrid. The event was held at the Espacio Miguel Delibes with a great reception by the neighbors of Alcobendas. We applaud this type of initiatives promoted by the city councils of peripheral cities, as they allow to bring the region’s past closer to neighbors living outside the city of Madrid, generating an alternative cultural circuit to the existing one in the center of the capital.  It also emphasizes the existing interest in learning about the vestiges that still exist, not only in the capital, but throughout the territory of the Community of Madrid.

A workshop on best practices

CEMI also participated in the Islamic Heritage Workshop: good practices for its dissemination (Taller Patrimonio Islámico: buenas prácticas para su difusión), organized by FUNCI on May 11, 12 and 18.  The course aimed to provide theoretical and practical tools to professionals involved in the management and interpretation of Islamic heritage, in the field of tourism or in an informative line. After a general session on Islamic heritage, Rafael Martínez, CEMI collaborator, gave a session focused on the management of Islamic Madrid: “Identities and inclusion: Islamic Madrid and the deconstruction of the traditional”. During the session, he presented the main problems encountered in the dissemination of the tangible and intangible heritage of Islamic Madrid. The session provided various tools to facilitate the dissemination of the Islamic heritage in any city with an Andalusian past. For this reason, special attention was paid to the lexicon used by professionals in this field. Based on the proposals collected during the course, a decalogue of good practices is being drawn up, which will serve as common material for all professionals in the field and will be published soon. 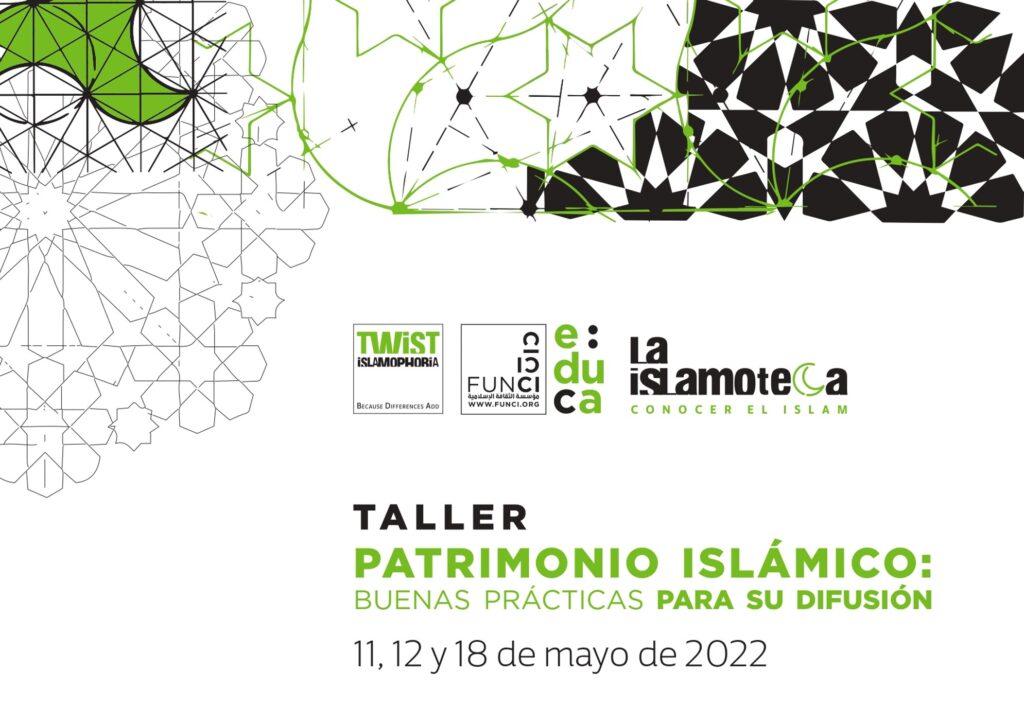 Finally, we are pleased to inform that during this month of May the CEMI team has started working together with the Fundación siglo 22 in the European project: Art and Culture Recorded for e-Ternity, co-financed by the European program Erasmus +. The initiative hopes to contribute to making different museums and cultural institutions more accessible to students between the ages of 8 and 16 through the use of virtual reality. In this line, the places selected for the knowledge of the historical reality of the city of Madrid are the wall and park of the Emir Mohamed I, and the rooms of the Regional Archaeological Museum, which show part of the material heritage of the region of Madrid in the Andalusian period. As part of the project, CEMI participates in the development of the documentation and didactics that will accompany the virtual recreations, in addition to carrying out dissemination tasks and participating in their subsequent exhibition in educational centers.