Last October 4, the Islamic Culture Foundation (FUNCI) participated in the Sharjah Literary Days, organized by the Sharjah Book Authority in collaboration with Casa Árabe. The conference was broadcasted on Casa Árabe’s YouTube channel and recorded for its upcoming broadcast on the emirate of Sharjah’s (United Arab Emirates) public television channel. Its goal was to promote a cultural exchange around different artistic and cultural elements, such as drama, Arabic coffee and the role of water in Arab and Andalusian poetry. Representing the FUNCI was Dr. Alfonso Casani, research coordinator at FUNCI, who shared a table with Dr. Abdulaziz Al Musallam, poet, researcher and director of the Sharjah Institute for Heritage, to talk about “The Journey of Arabic coffee”.

Coffee was discovered in the 13th century in Ethiopia, and it was imported by Yemeni traders to the Arabian Gulf, who then exported it to the rest of world throughout the following centuries. Today, coffee is considered the most consumed beverage in the world after water.

In fact, UNESCO recognized Arabic coffee as an Intangible Heritage of Humanity in 2015. The proposal for recognition was submitted by the United Arab Emirates, Qatar, Saudi Arabia and Oman, with the aim of highlighting the importance of coffee as a symbol of hospitality and generosity. Its inclusion in the list of intangible cultural heritage highlights the social practice and traditional roots that surround the acts of preparing, serving and sharing coffee, understood as a “ceremonial act of generosity”.

The symbolic weight of coffee as a social institution, as a space for dialogue, exchange of opinions and learning is noteworthy.

The preparation of coffee

Dr. Al Musallam emphasized the quality of the region’s beans, especially coffee grown in Yemen, and the importance of the act surrounding their preparation.

These beans are lightly roasted, ground in a copper mortar, and then boiled in a copper coffee pot. The act of serving coffee is an invitation to spend time with the attendees and a show of hospitality. As Al Musallam pointed out, it is customary to serve three cups to each attendee, and it is not until the fourth cup that the guests can refuse it. Coffee is served by men and women from all social status, in a practice that has been passed down from generation to generation since its popularization more than four centuries ago. 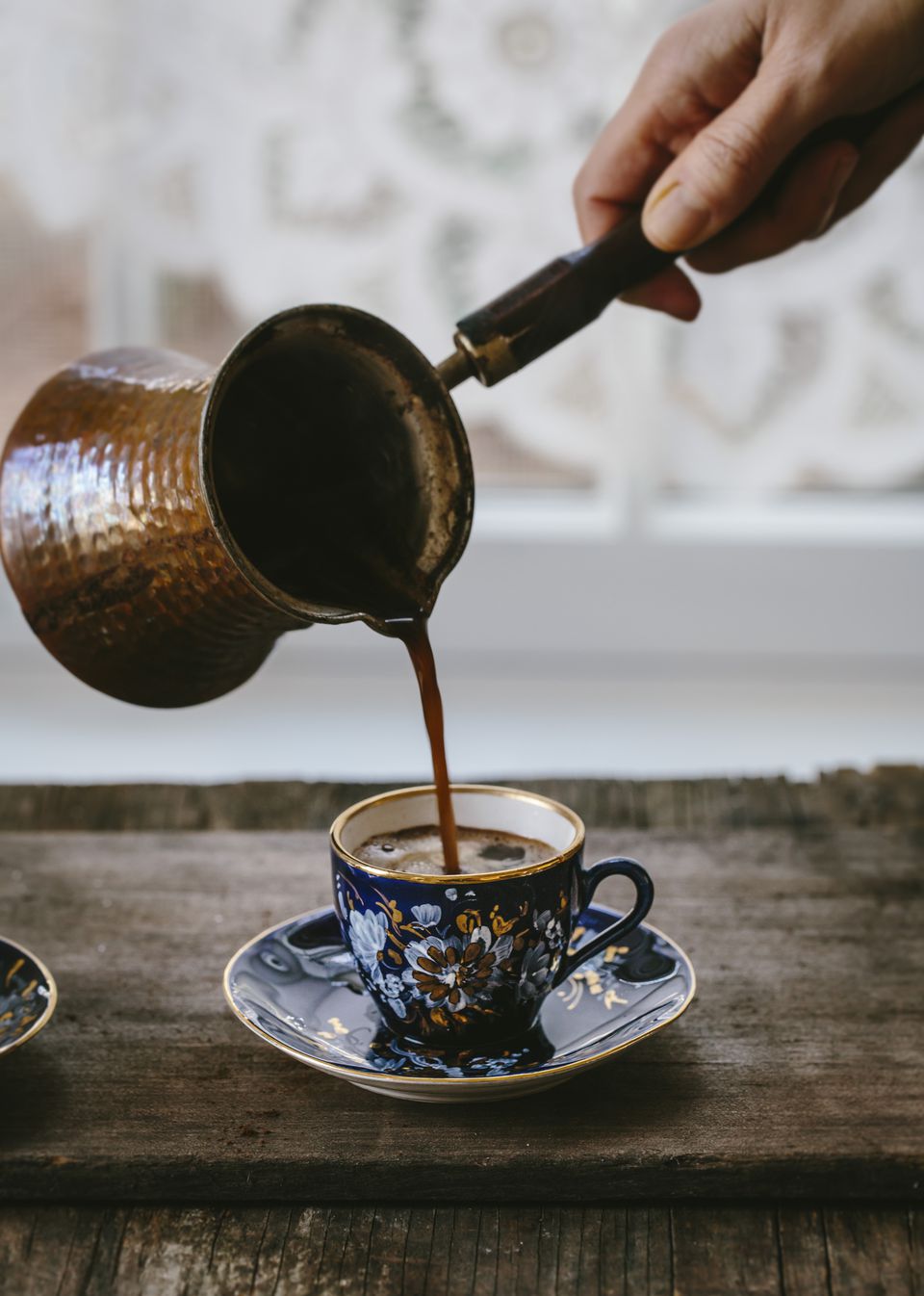 Coffee as a symbolic space for dialogue

Casani, then, approached coffee through the eyes of FUNCI and the work carried out by the Foundation, always oriented towards the promotion of dialogue and the building of bridges between cultures, through education and the promotion of knowledge.

Two essential aspects are derived from this approach: the importance of coffee as a product exported from the Middle East, which has come to have a global reach; and the symbolic weight of this product as a social institution, as a space for dialogue, exchange of opinions and learning.

Origin and Exportation of Arabian Coffee

Legend has it that the coffee plant was discovered in Ethiopia in the 13th century, when shepherds witnessed how this plant affected the activity of their flocks. The plant was later transferred to the Arabian Peninsula by Yemeni merchants, and it was in this region where its production and exportation became popular. Its use initially spread to the interior of the Peninsula, to be later exported to the Middle East and, from the 17th century onwards, to Europe. Its early consumption was initially linked to Sufi brotherhoods, whose members discovered in coffee a substance that helped them to remain awake and energetic in the realization of their pilgrimage and religious practices, many of which extended throughout the night.

Later, as it happened with many other goods, beliefs and ideas, coffee was exported by merchants, students, pilgrims and travelers to other countries of the Middle East, reaching a great level popularity in the environments of the University of Al-Azhar, where it was closely linked to the habits of the students and their preference for conversation.

The arrival of coffee to Europe led to the emergence of the first establishments dedicated to the sale and consumption of this beverage. The first coffeehouses appeared across the continent throughout the 17th century. Taking into account the deep relations that Europe maintained at that time with the Middle East region, it is not surprising that the importation of coffee to the continent took place through different geographical points. On the one hand, through the British and Dutch East India Companies, which transported coffee through the Cape of Good Hope (as well as introducing it into India) and took it to the north of Europe; but also through Eastern Europe, through the Ottoman Empire and its influence during the Great Turkish War, which developed across successive confrontations throughout the second half of the 17th century.

Coffee as a meeting place

Even more interesting is the role adopted by coffeehouses as “Majlis of modern times”, a reference to the traditional living rooms common in the Arabian Peninsula. The majlis is a place of dialogue and decision making on all kinds of issues, of a practical, political, personal nature, where – traditionally – men discussed all kinds of topics away from the family environment. 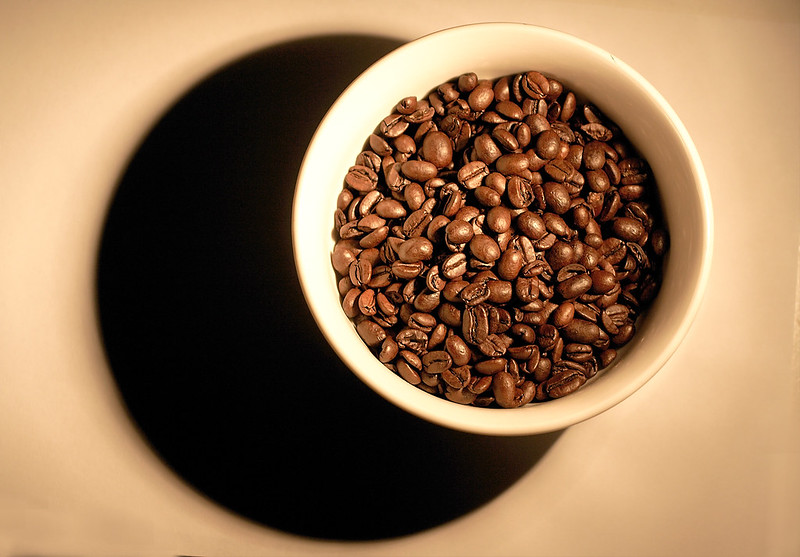 The first coffeehouse, as a space for recreation and meeting, opened in the 17th century, and soon became a synonym for leisure, attended by storytellers, singers and puppet shows. But it also became a meeting place for artists and intellectuals, and thus a center for the expansion of ideas.

The emergence of coffeehouses and its rapid popularization was, in fact, not without controversy. Its association with Sufi practices and the revitalizing effect that this substance provoked opened a wide debate among the ulama (religious scholars) of the time regarding the licit or illicit character of coffee. Likewise, its association with the exchange and emergence of new ideas led to coffeehouses being associated with spaces of dissidence and sedition. The consumption of coffee was even prohibited in the Ottoman Empire during the first decades of the 17th century.

Its association with the exchange and emergence of new ideas led to coffeehouses being associated with spaces of dissidence and sedition.

Of course, coffee consumption managed to overcome both controversies and reach the present day, where it continues to be associated with spaces for meeting and knowledge, the exchange of experiences and leisure.

As the intervention concludes, it is possible to establish a nice parallelism between the awakening produced by coffee, whose effects animate and revitalize, and the awakening of knowledge, produced by the dialogue and exchange of ideas.