Last Saturday June 1st took place the presentation of the book Not of the Letter but of the Spirit, published by FUNCI in homage of Julio Caro Baroja, in the context of the program Nights of Ramadan, launched by the City Council of Madrid. In the event participated César Navarro, ex-president of the Ateneo de Madrid; Mirella Romero, from the Institute of Historiography Julio Caro Baroja of the University Carlos III; and the member of the Royal Academy of History, María Jesús Viguera. The panel was introduced by Inés Eléxpuru, Director of Communication of FUNCI. 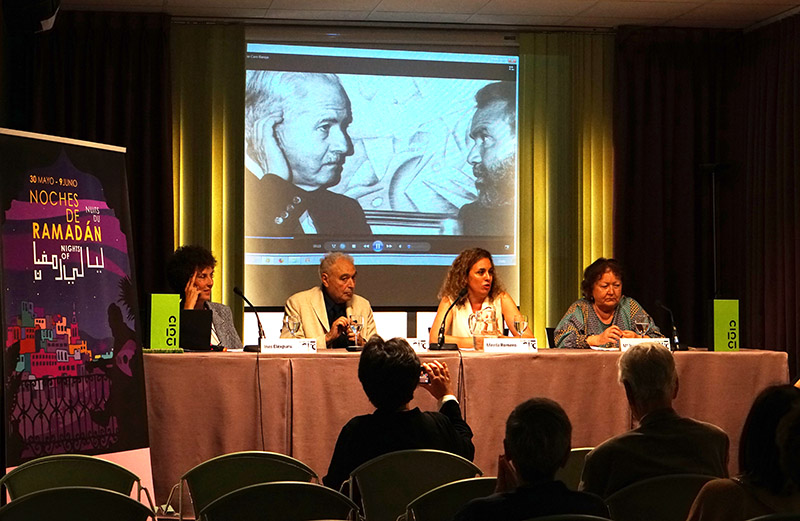 “A synthetic idea, rather than analytic; an idea that addresses not the letter or letters, but the spirit”. With these words, that introduce this brief publication, the Navarre-born ethnographer, co-founder and Honorary President of FUNCI (in its origins, the Western Institute of Islamic Culture) until his passing away in 1995, expressed the organization’s informative goal, through the knowledge embodied by his friend and President, Cherif Abderrahman Jah.

“A synthetic idea, rather than analytic; an idea that addresses not the letter or letters, but the spirit”.

An extremely well-cared edition, developed by graphic designer Olga Pérez, that all participants praised for its design. 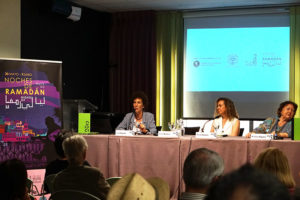 As Inés Eléxpuru explained in her introduction to the event, Not of the Letter but of the Spirit gathers different handwritten texts –some of them previously published and others unpublished– by Don Julio, as this ethnologist is affectionately called by all the participants. The writings treat different issues of personal, almost philosophical nature, especially those regarding Don Julio Caro Baroja’s friendship with Cherif Jah, and the then young team of FUNCI. It also includes some interesting contributions on the Andalusi culture, particularly regarding irrigation, toponymy, and several other issues.

The writings treat different issues of personal, almost philosophical nature, especially those regarding Don Julio Caro Baroja’s friendship with Cherif Jah, and the then young team of FUNCI.

The seminar took place in a relaxed atmosphere and was full of warm memories related with the life of Caro Baroja, both personal and professional. Dr. César Navarro recalled different episodes lived with the historian and ethnographer, with whom he shared many years in the historic institution Ateneo de Madrid. In fact, he recalled the offer to chair this institution he made him in the 80s, and how he refused it by arguing, “I’m eccentric and a bit crazy, but not enough to accept this offer”. This highlighted the somewhat rebel and iconoclastic nature of the scholar, that, however, didn’t prevent him –as María Jesús Viguera pointed out– to accept the proposal to chair FUNCI around the same time. 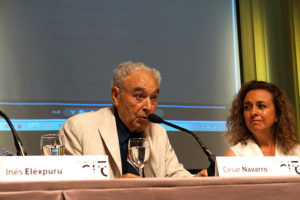 After the participation of César Navarro, Mirella Romero talked about the creation of the project Institute of Historiography Julio Caro Baroja at the University Carlos III (Madrid), and the different studies on his figure launched by the institution. She highlighted how Caro Baroja was never connected to the University and, nonetheless, how he received a posthumous Honorary Doctor award by the University, something which had never happened before.

Caro Baroja and the University

In this sense, professor Viguera remarked that, even if Caro Baroja would have accessed the University, in that time he would have never reached the impressive intellectual level that defined him. In addition to this, Romero insisted on Don Julio’s interdisciplinary capacities, who wasn’t only an ethnologist, historian and writer, but also an anthropologist, professor and linguist. “He wrote about many different disciplines and periods of history, addressing many issues, and everything he did, he did it perfectly”. This is reflected in the almost 50 books he wrote on the Spanish popular technology, witchcraft, and ethnography of the Basque Country, the Moorish, Jews and Saharan studies, among many other things. 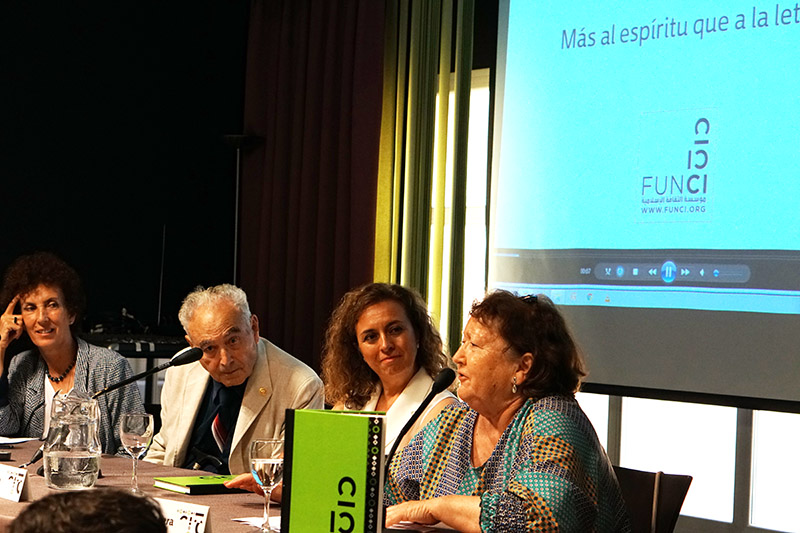 Lastly participated professor Viguera, senior lecturer on Arabic and Islamic Studies at the University Complutense of Madrid, who, after praising the book’s exquisite edition, highlighted the appropriateness of its title, and the decision to maintain Don Julio’s handwriting. She also talked about the important work carried out by FUNCI since its inception, more than 30 years ago, as a continuation of the two President’s vision, and described the publication in detail.

After this last participation, the public enriched the presentation with their questions, praises to the figure and work of Julio Caro Baroja, and sharing of experiences they had lived with him.