Nowadays we can’t really imagine algebra that doesn’t involve symbols, but there was a time when bringing some of these symbols into the world of math was a major breakthrough. The person who took one of the most important steps forward in this regard was the Andalusian Muslim mathematician Abū’l Hasan ibn ‘Alī al-Qalasādi (d. 1486). 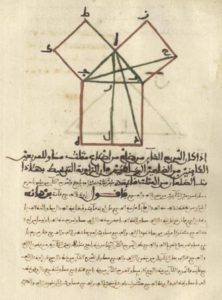 Qalasādi was born in 1412 in Baza, a small town near Granada, the famous Muslim stronghold in southern Spain. He studied Islamic disciplines in his hometown until he was 24, and then travelled across North Africa for 15 years to study and discuss various subjects with the many educated people he met on the way. The most famous of these was probably the prolific hadīth scholar Ibn Hajar al-Asqalānī (d. 1449), whom Qalasādi met briefly while in Egypt [1]. He then returned to Spain, settling down in Granada, where he continued to study; now, however, he focused particularly on mathematics, law, and philosophy.

Qalasādi is best known for his work in mathematics, a subject on which he wrote at least 11 major works. The most significant of these was ‘Tafsīr fi’l-‘Ilm al-Hisāb’ (Commentary on the Science of Arithmetic). In it, Qalasādi introduced new algebraic symbols, moving beyond the simple notations that earlier mathematicians such as Diophantus (Greek, c. 250) and Brahmagupta (Hindu, d. 668) had established [2]. It’s important to understand that Qalasādi’s distinct contribution wasn’t that he was the first to introduce new symbols or the first to develop a system of notation in algebra, but that he was the first (that we know of) to do both of these together.

Qalasādi is best known for his work in mathematics, a subject on which he wrote at least 11 major works. The most significant of these was ‘Tafsīr fi’l-‘Ilm al-Hisāb’ (Commentary on the Science of Arithmetic).

He used a symbol similar to ∫ as an equal sign (such as today’s =). He used the Arabic equivalent of m for squared values such as x2 (Ar. māl) and the Arabic equivalent of K for cubed values such as x3 (Ar. ka’b). He standardized the use of the Arabic terms “wa” for addition, “illā” for subtraction, “fī” for multiplication, and “‘alā” for division. He is also said to have been the first do separate the numerator and denominator of a fraction with a line, and is credited with distinguishing between fractions of relationship (Ar. muntasib) and subdivided fractions (or ‘fractions of fractions’, Ar. muba‘ad). All of these contributions are key to our understanding and use of math today [3]. 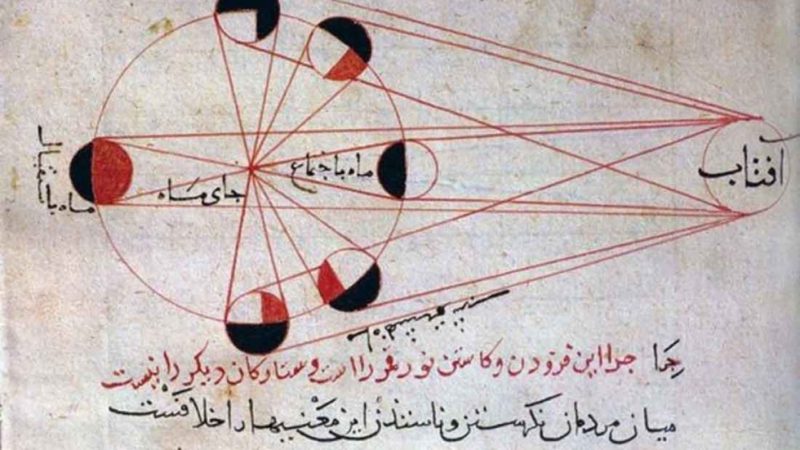 But Qalasādi wasn’t done. He was the first to stress the importance of the method of successive approximation, which is now considered an essential tool in calculus and gives us the ability to solve problems that we otherwise wouldn’t be able to solve. Qalasādi not only emphasized the usefulness of this method, but demonstrated it as well by using it to obtain the roots of an imperfect square. He also wrote extensively about fixed shares (Ar. farā’id). At the same time, he didn’t let his focus on math allow him to ignore waste his creative and artistic ability. In fact, he wrote an entire book explaining the rules of algebra in poetry! [4] He also wrote nine books about grammar and language and 11 on Mālikī jurisprudence (Ar. fiqh) and the traditions (Ar. hadīth) of Prophet Muhammad. One of Qalasādi’s students, Abū ‘Abd Allāh al-Sanūsī, authored 26 books on math and astronomy, some of which became recognized as authoritative texts across North Africa.

Qalasādi’s story ends off on a sad note, since we can consider him the last great Muslim mathematician of al-Andalus. In 1492, six years after Qalasādi’s death, Granada, the last Muslim city left in Spain, fell to the Christian forces of Ferdinand and Isabella. The following year, Archbishop Cineros ordered the forced conversion of Muslims and Jews to Christianity and the burning of their valued manuscripts, including writings such as those of Qalasādi [5].

Fortunately, his work and ideas survived and continued to be in use for centuries; in his autobiography, the Moroccan scholar Muhammad Da’ūd wrote that in the 1920s his father would teach him math from “the book of al-Qalasādi” [6]. His ground-breaking work also made its way to Europe, where it played an important behind-the-scenes role in Europe’s Renaissance.

What is very striking about Qalasādi is that, if you look through the records of his education, he studied the Qur’ān more than anything else. Today, it is commonly believed that immersing Muslim children and youth in an Islamic education will take away from their ability to excel in any of the worldly subjects, such as math. This view is even common in the Muslim community, but this isn’t new – this was a position that many held even in Qalasādi’s time and long before him.

The Qur’ān is not only a source of inspiration for Muslims, but it also repeatedly calls on them to reflect on the way our universe functions.

But Qalasādi is a shining example that proves that this is not necessarily true. Not only did studying the Qur’ān extensively not affect his ability to excel as a mathematician, but it is likely that the former actually enhanced the latter. Because the Qur’ān is not only a source of inspiration for Muslims – especially in difficult times such as the ones our brilliant thinker lived in – but it also repeatedly calls on them to reflect on the way our universe functions. Perhaps Qalasādi realized that using symbols in math would make that process of reflection a lot more interesting.