Last November 26th, several civil society organizations, and among them, the Islamic Culture Foundation, participated in a workshop to update the Comprehensive Strategy against Racism, Racial Discrimination, Xenophobia, and other related forms of Intolerance. 8 years after its approval, in November 4th, 2011, the Spanish General Directorate for Integration and Humanitarian Attention, through the Spanish Observatory on Racism and Xenophobia (Oberaxe), consider it is necessary to renew the Strategy in at least two aspects. First, in the adaptation to the new context and the renew of the situation diagnosis, and, secondly, in the incorporation of “the recommendation to Spain made by the main international organizations, with regard to racism, racial discrimination, xenophobia, and other forms of intolerance”. In addition to this, as mentioned in the workshop, the initiative is also a consequence of the increasing and growingly normalized racist discourses and practices we are witnessing in the political and social fields (for instance, through social networks), as well as by the growing importance of “hate speech”. 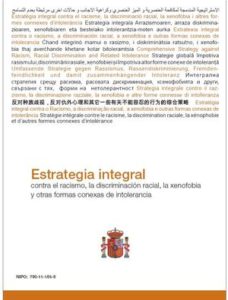 With this purpose, Oberaxe has designed a “validation and consultation methodology”, in which this workshop, which took place in the Secretary of State for Migration, is framed. The Movement against Intolerance, Progressive Women, the Institute for Dominicans Abroad, Conciencia Afro (Afro Awareness) were some of the organizations participating. From the specific field of the fight against Islamophobia took part the Islamic Culture Foundation, Salam Plan, the Al Fanar Foundation, and the Muslim Association for Human Rights.

It is, undoubtedly, an essential initiative in a context where racism and other related forms of discrimination are becoming increasingly structural and normalized in the political discourse and management.

However, the initiative (still in progress, so it is soon to reach any conclusion), also reflected many aspects in which we should continue working. Some of these aspects were pointed out by the participating activists. Firstly, the composition of the workshop and the involvement in the activity. We detected important absences, not only with regard to the representation of some of the most vulnerable groups to discrimination and hate speech, but also of important agents involved in the fight against racism. Due to its geographical location, the meeting also had an important Madrid-based bias. 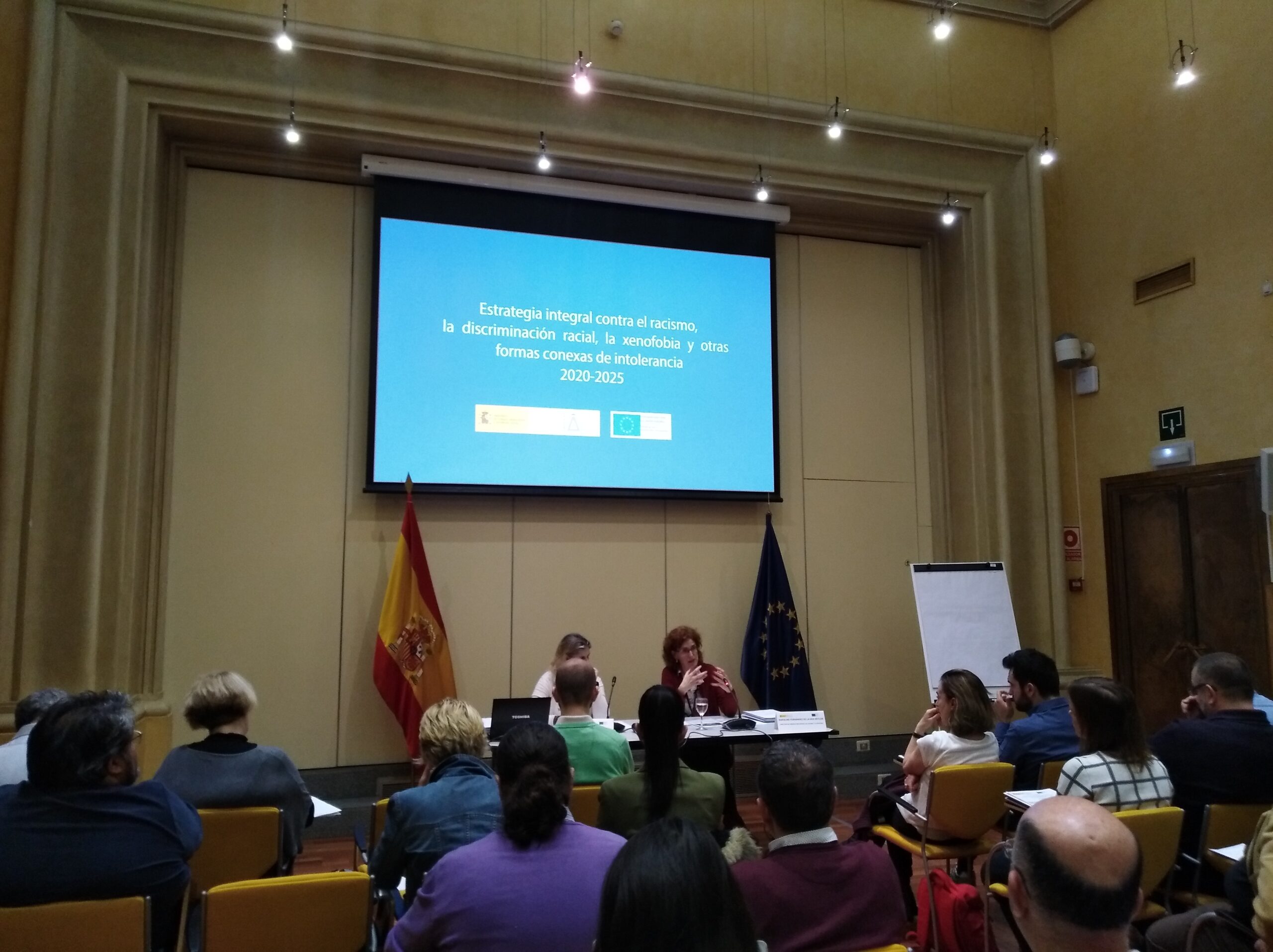 Secondly, the situation diagnosis focused on the discursive field and, in general, in the most explicit and aggressive forms of racism, which were reduced to an issue of “attitude” in interpersonal relations, “intolerance” and “hate”. This perspective, common in the anti-racism initiatives promoted by institutions, doesn’t take into account the more subtle and structural expressions of discrimination, that are, however, the most common. This approach ignores the most recent studies on racism, as well as the experiences of the victims, that point out at the structural nature of racism, over explicit discourses or stances. In this sense, several attendees pointed out at the institutional dimension of racism: the logic of borders, immigration law, and the uneven access to citizen rights are all major causes of structural discrimination, and even confinement and death. These are exerted in a bureaucratic and dispassionate way, and do not entail explicit racist stances or “hate speech”. Nor it takes into account the case of Muslims, or the security policies that puts them under suspicion under the fake premises of “radicalization”. Less dramatic, but also relevant, is the systematic non-compliance of the 1992 Cooperation Agreements with the Islamic Communities (Law 26/1992, of November 10th). The methodology adopted by the workshop didn’t allow to approach these issues.

To focus in the explicit expressions and discourses of racism fails to take into account the more subtle and structural expressions of discrimination, that are, however, the most common.

In addition to this, it was noted how the dependence of Oberaxe on the Secretary of State for Migration –as well as the meeting place– reinforced the idea that racism and its victims are something foreign, alien to the Spanish society. This contributes to strengthen racist logics. The lack of diversity within all institutions was also highlighted, as it also happens with the political parties and the media companies. Ultimately, all the agents that should take part in anti-racism initiatives, and which, for this same reason, cannot stop perceiving racism and its victims as something foreign to them. This points at a structural issue, linked to something even more structural, as is the hierarchical nature of racism, which hinders the opportunities of racialized people to reach these spaces. 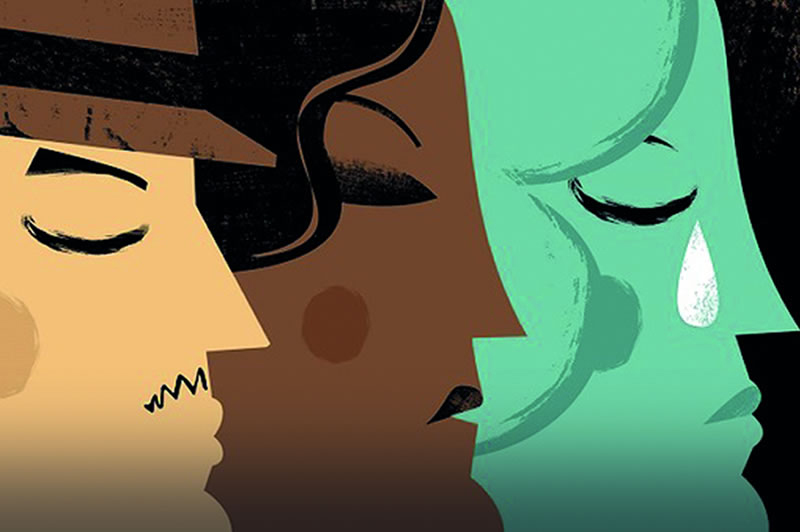 Another point referred to the common idea that anti-racism needs to rest in the legal persecution of “hate speech”, which, linked to the vague definition of “hate” and “intolerance”, might lead to a perversion of the concept. We face the risk of distancing ourselves from its original use –the protection of socially vulnerable groups–, as well as contributing to the penalization of political differences. At the same time, it fails to protect all discriminations that aren’t expressed through hate speech.

The logic of borders, immigration law, and the uneven access to citizen rights are all major causes of structural discrimination, and even confinement and death.

To sum up, it is an important initiative, especially taking into account the context in which racism, islamophobia, xenophobia, or other forms of discrimination are actually developing, as well as the short-term political picture that awaits us. From this perspective, we are grateful to Oberaxe for updating this Comprehensive Strategy, and for doing so with the actors involved. But for this same reason, we need to approach all dimensions of racism and islamophobia, which surpass the notions of “hate” and “intolerance”, by relying on the new and rich literature on the topic and on a wider range of actors. This would allow us to overcome limited actions and frameworks, that can be nothing more than good will gestures.