The Islamic Culture Foundation (FUNCI) has participated at the “World Forum on Urban Violence and Education for Coexistence and Peace”, which has taken place from the 19th to the 21st April 2017. Its aim was to promote pacific, fair, inclusive and violence-free societies, through a process of debate and reflection on civil society, international organizations and world leaders, by stressing the role of education as a tool of coexistence. 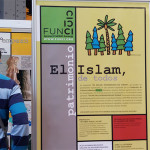 During these three days, FUNCI has presented its project “Mayrit, puente para la paz” (Mayrit, bridge of peace), which emphasizes Madrid’s Islamic origins and its suitability as a city promoter of dialogue and intercultural coexistence. Likewise, we provided information on the different initiatives we are promoting, in order to facilitate this intercultural coexistence, and on the projects developed through our 35 years of existence. Among the initiatives presented, it is necessary to highlight the creation of the Center for the Study of the Islamic Madrid, for the research and promotion of a meeting of cultures, the projects EDHUCA INTEGRA and APP TOGETHER, for the inclusion of refugees and immigrants in Madrid, the bilingual website for raising awareness and education on coexistence, “Twistislamophobia because differences add” (http://twistislamophobia.org) and the Med-O-Med Network, Cultural Landscapes on the Mediterranean and the Middle East, made up of 23 countries and whose objective is the promotion of dialogue and peace (http://medomed.org).

At the same time, the exhibition “Islam, a common heritage”, commissioned by the President of FUNCI, Cherif Abderrahman Jah, held also a special place. This exhibition, which is part of the foundation’s activities program for education in coexistence and peace, constitutes a tool whose goal is the promotion of coexistence, raising awareness on the common elements shared with the Islamic culture, as a consequence of the al-Andalus heritage and the cultural diversity found among Islamic countries. Since its beginnings, “Islam, a common heritage” has managed the breaking of cultural barriers in school centers. Likewise, it had a great reception at the Forum. 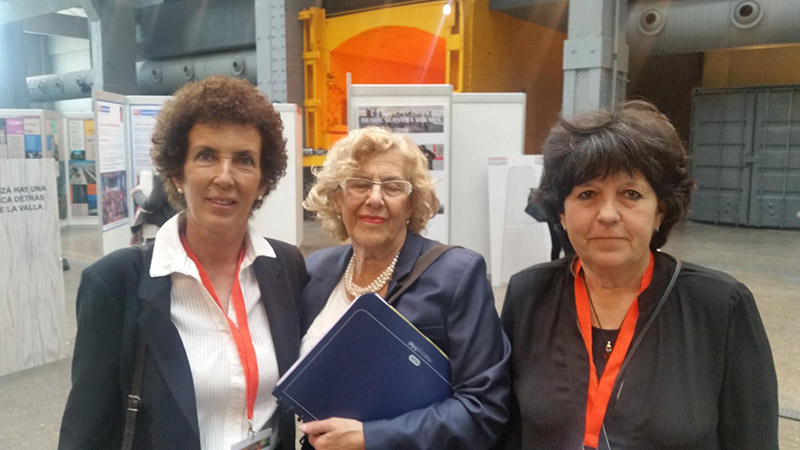 The “World Forum on Urban Violence and Education for Coexistence and Peace” saw a participation of, approximately, 3,500 registered people from over 70 different countries and gathered different commitments for the identification of the causes of violence and the promotion of initiatives aiming at giving an answer to its different manifestations, through the different panels and meetings held.

These commitments, assumed by urban managers, emphasized the need of preventing war and promoting peace, placing the cities as key actors in the prevention agenda. Likewise, at a State level, Madrid’s Forum called for national governments to work closer with local entities, in order to promote “the supervision and the fulfillment of international treaties, laws and other mechanisms for the protection of human rights and the prevention of urban violence.” Another relevant aspect has been the fight against corruption and the development of citizens’ control mechanisms, as key elements for the achievement of a pacific coexistence.

As for the compromises related to our field of work, it is necessary to highlight the promotion of policies of equality and social inclusion. Other essential compromises are cultural mediation and social concertation, the promotion of respect, diversity and a peaceful coexistence, and finally, the strengthening of human rights and sustainability.

Finally, “Madrid’s Commitment to Peaceful Cities”, the institution’s final declaration, stablishes the creation of an International Technical Secretariat that aims at guarantying this initiative’s continuity. With this purpose, the document establishes a term of two years for the development of a Local Agenda on Urban Violence and Education that should integrate in the New Urban Agenda and the 2030 Agenda for Development.