FUNCI, along with Madrid’s city council, is launching a project to recover the heritage and historical legacy of Madrid’s Medieval Islamic period. Their purpose is to research, promote and preserve this important and unknown period of Madrid’s history from an archeological, historical and landscape perspective. Its main goal is to promote a culture of peace and coexistence, as well as a sustainable urban landscape, respectful with both its cultural and natural heritage.

Madrid is the only European capital with an Islamic origin. But not many people know this, even in Madrid itself. Its own original name, Mayrit, shows its intercultural and sustainable nature. It is a hybrid between Arabic and Romance languages whose meaning refers to the many water courses that cross the city’s subsoil. Madrid was founded by the Umayyad emir Mohamed I in the period between 853 to 865. It was raised as a small fortified town located in the hillock of the Manzanares valley as a defensive and frontier enclave. 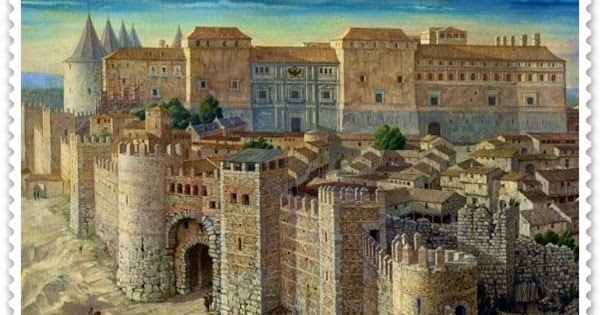 Since the beginning of 2017, FUNCI has being promoting awareness-raising and cultural actions on the Andalusian and Medieval Madrid, in collaboration with Madrid’s city council and in the frame of the “Madrid, a bridge for peace” project. This project includes several initiatives for the recovery of Madrid’s Andalusian and Medieval natural and cultural heritage, developed in coordination with the city council’s direction of the Area of Water and Green zones and the Area of Environmental Education.

A Center for the Study of the Islamic Madrid 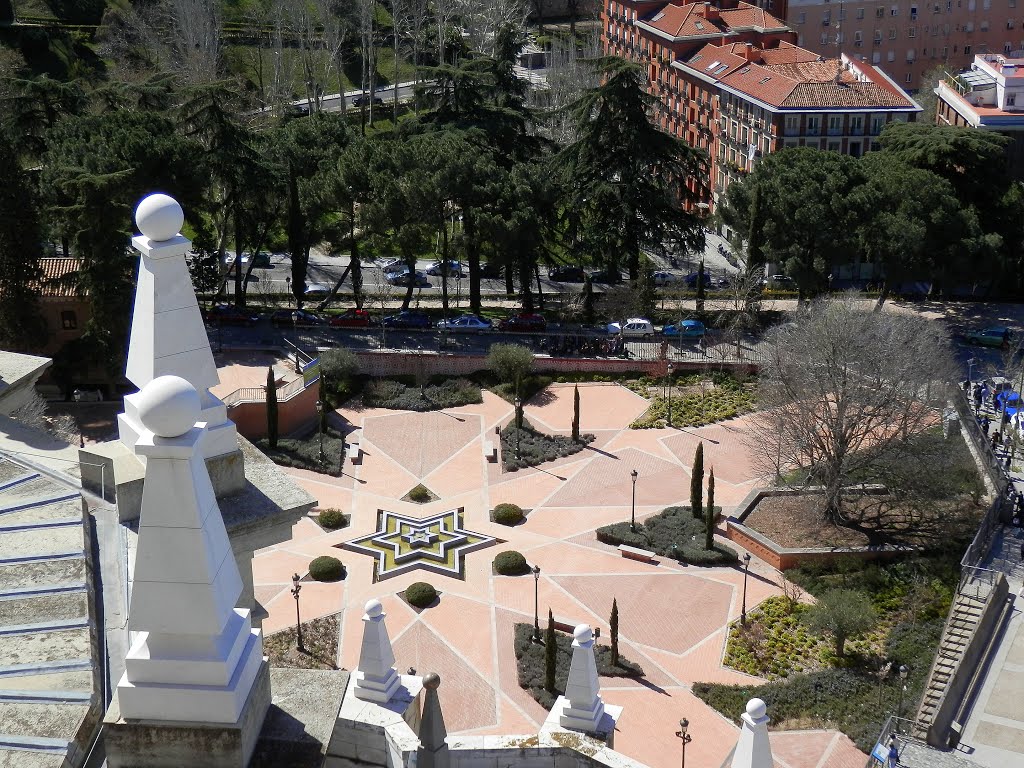 FUNCI established the Center for the Study of the Islamic Madrid in 2017. It is an interdisciplinary space whose main goal is to contribute to the knowledge and the protection of Madrid’s Medieval Islamic heritage: the Andalusian Mayrit founded by the Umayyad emir Mohamed I.

For the moment, FUNCI has signed an agreement with the Research Group “Cristianos y Musulmanes en el Medievo Hispano” (Christians and Muslims in the Spanish Middle Age), which is part of the University Complutense of Madrid (UCM) and is directed by the arabist and historian María Jesús Viguera, who is also part of FUNCI’s team of experts. The agreement is an Annex to the Framework Agreement signed between FUNCI and the UCM in 1993.

Its purpose is to promote the studies dedicated to Madrid’s Islamic period, developing joint cultural and research activities, within the framework of the Center, as well as the exchange of information and publications. The main components of the Research Group are María Jesús Viguera, the archaeologist Manuel Retuerce, the hispanist Soha Abboud, the medievalists María Isabel Pérez de Tuleda and Marisa Bueno, and the arabists Teresa Garulo and Abdelrahim Mahmoud El Shafi, as well as a wide network of collaborators. Likewise, Daniel Gil-Benumeya is the scientific coordinator of FUNCI’s the Center for the Study of the Islamic Madrid

Adaptation of the park Emir Mohamed I

The collaboration with the capital’s city council has materialized in several aspects. One of them refers to the intervention in the park Emir Mohamed I, located next to the Almudena Cathedral, in the Cuesta de la Vega. In it, one can find Madrid’s Islamic wall, which dates from the 9th century and that is currently the city’s oldest construction still standing. The wall was declared Artistic and Historical Heritage in 1954. The Islamic Culture Foundation is currently adapting the park Emir Mohamed I to transform it into an Andalusian-inspired landscape reconstruction, where gardens and orchards will recreate the vegetation that proliferated inside and outside of the city at the time. The actual park is the product of an urban intervention carried out by the city council in 2011, when the land was paved into the shape of a star and decorated with a central fountain. The perimeters of both the wall and the park were also delimited, protecting it from citizen insecurity.

While waiting to complete this complex intervention, FUNCI is organizing live guided tours to the current park Emir Mohamed I, in which it presents the history and ethnobotany of some of the species used in the Al-Andalus period, while also showing the wonderful Islamic wall, restored in 2016 by the city council’s Area of Culture. 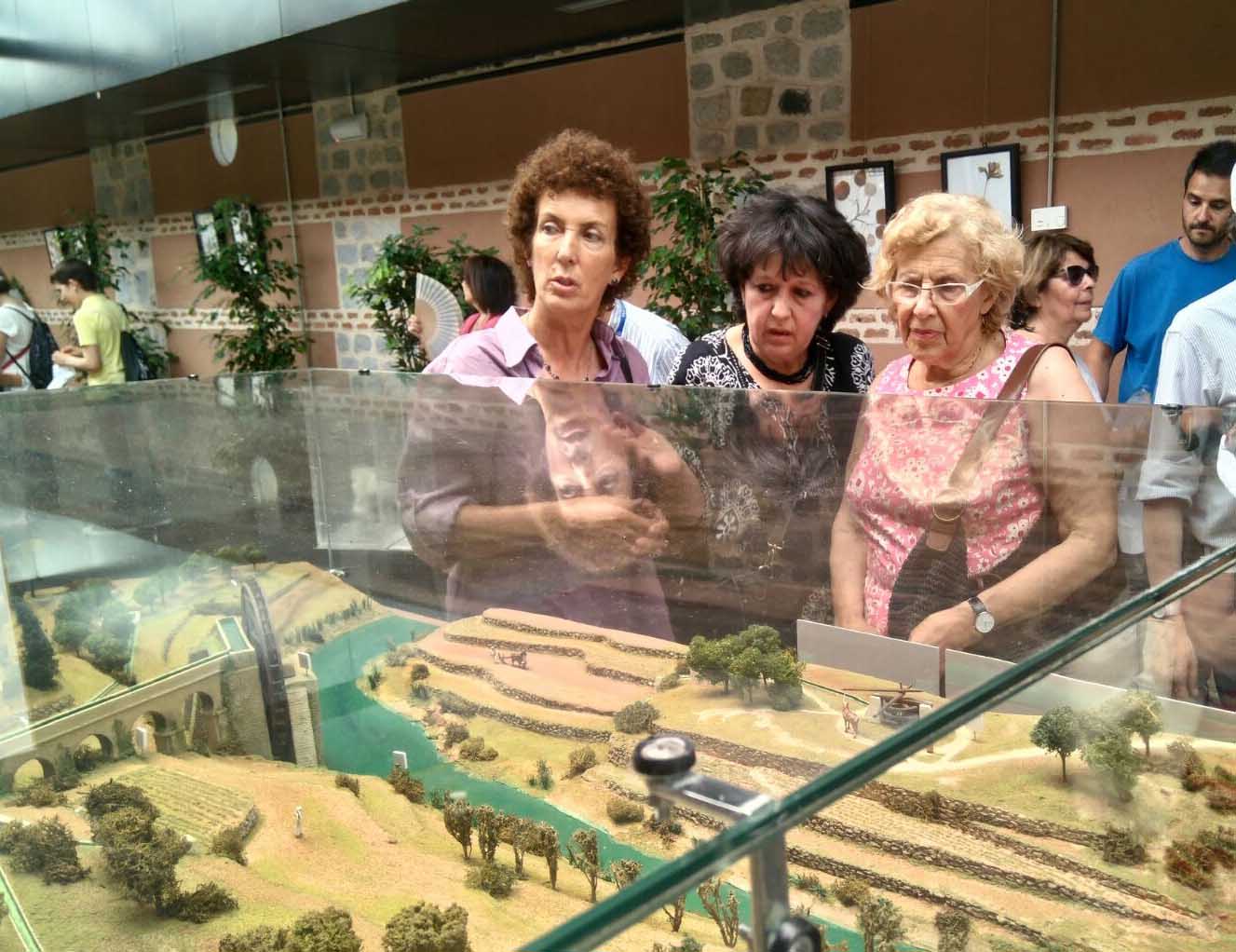 At the same time, and from April to September, the exhibition “The Andalusian Garden. Orchards, Vegetable Gardens and Patios” is being shown at the Retiro park’s Information and Environmental Education Center. This exhibition is displayed in collaboration with the Department of Environmental Education of Madrid’s city council. FUNCI is also in the process of obtaining the temporary leasing of the “Don de María” building, a Neo-Mudejar style-building located in the same park Emir Mohamed I, and belonging to the city council. It would hold an exhibition and a documentation center specializing in Madrid’s Medieval Islamic past and oriented both to researchers and to the general public. Both activities would gather information and materials provided by the Center for the Study of the Islamic Madrid, created by FUNCI for the preservation of the capital’s Middle Age heritage.