The theory of the amazigh origin of the Canary Islands’ population is increasingly confirmed, thanks to the many multidisciplinary researches carried out in recent years. We reproduce an abstract of the article “Culture beyond borders: the Amazigh past of the Canary Islands”, by José Farrujia de la Rosa, which sheds some new light on this interesting topic.

The Canarian indigenous people is the name given to the early inhabitants of the Canary Islands, an archipelago located on the Atlantic ocean, just 100 kilometres (62 miles) off the Southern cosat of Morocco and integrated by seven islands (from West to East: El Hierro, La Palma, La Gomera, Tenerife, Gran Canaria, Fuerteventura and Lanzarote). Regarding the origins of this population, an according to archaeological research, the Imazighen (Berbers) from North Africa settled in the Canarian Archipelago at the beginning of the 1st millennium BC and developed a culture on the islands that can be linked to native North African societies and magical-religious practices associated with the religions of the ancient Amazigh (singular word for Imazighen). 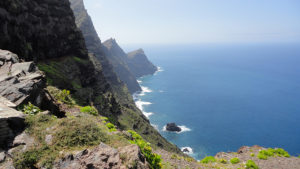 Regarding the early colonisation of the islands, we are still far from being able to form a final opinion on the situation regarding the Archipelago as a whole, since the extent of the research differs widely from island to island. The present-day situation is unpromising since, although research in recent decades has consolidated the Canarian-African relationship, it is clear that there is still no consensus in terms of origins (how did the islands become populated and colonised? How did the first settlers arrive?). Nevertheless, an examination of Lybico-Berber inscription and radiocarbon dates available from some sites on the islands indicate that the Canary Islands were divided into two geographically overlapping areas of Amazigh influence in different times:

On the basis of current research, it is possible to refer to the existence of relations between some islands during the indigenous period (Tenerife-La Gomera, or Lanzarote-Fuerteventura-Gran Canaria), since certain aspects of the material culture would appear to indicate this. However, some cultural features in certain islands are not found in others since, despite the fact that they share the same base, the indigenous island cultures developed in isolation, with very little contact with the exterior. Given this, the poor quality of the ceramics, except in the case of Gran Canaria, leads to the conclusion that later contributions were rare, indicating cultural isolation until the time when the islands were rediscovered and conquered by the Europeans in the 14th century. 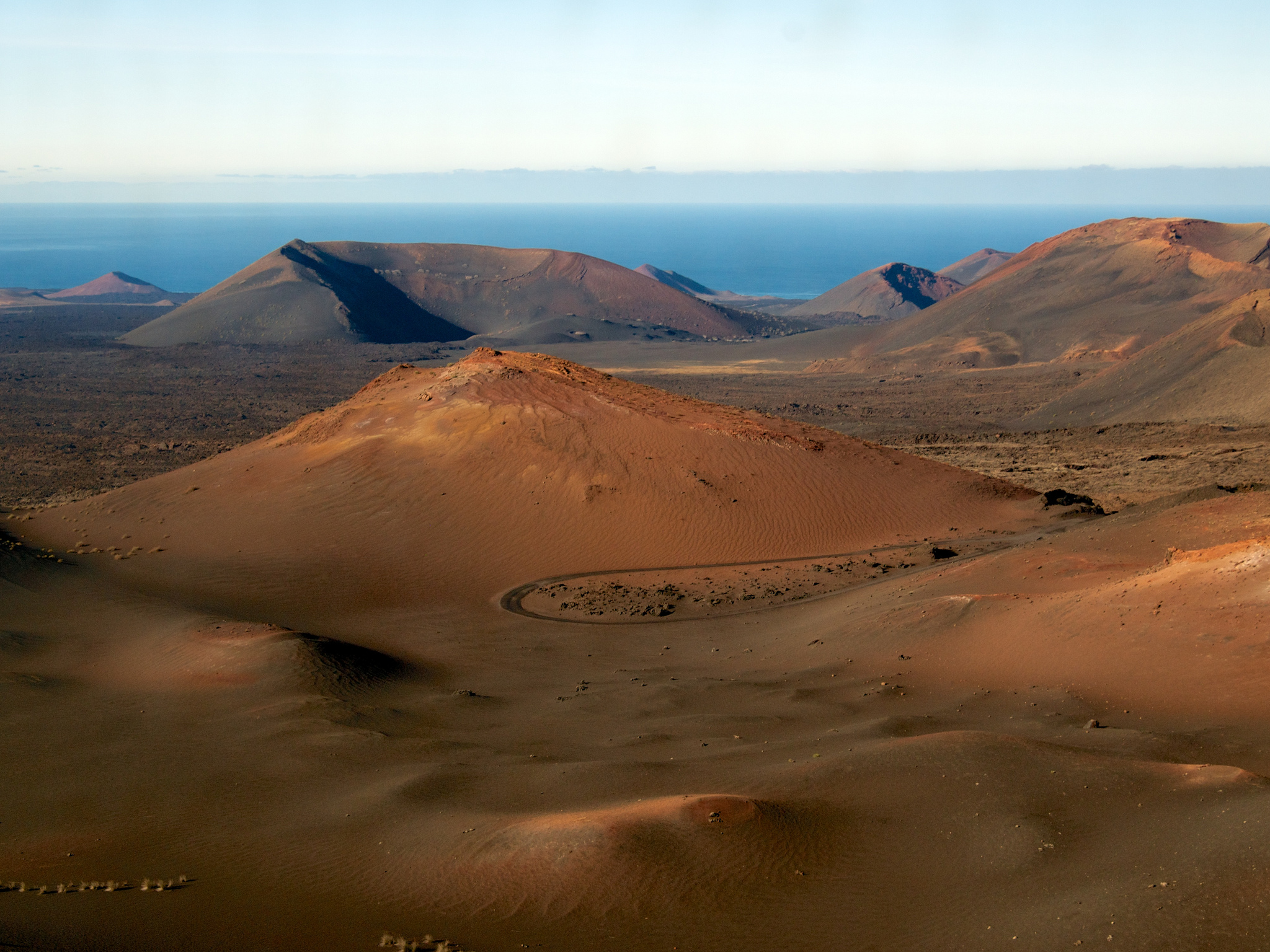 The entire indigenous culture, which had existed in the Canary Islands since the beginnings of the first millennium BC, began to disappear irreversibly following the conquest and colonisation of the Archipelago which began in the Late Middle Ages. It should be noted that the indigenous Canarian culture can only be explained by a continental-African ethno genesis which is inseparable from the culture of certain ethnic Amazigh groups that lived approximately 2000 years ago.

It should be noted that the indigenous Canarian culture can only be explained by a continental-African ethno genesis which is inseparable from the culture of certain ethnic Amazigh groups that lived approximately 2000 years ago.

The culture developed in the Canarian Archipelago by Imazighen societies was clearly influenced by insular isolation and adaptation to the island environment under conditions which meant that they were virtually cut off from contact with the African continent and other ethnic Amazigh groups. This has made the indigenous archaeology of the Canary Islands an extraordinary, marginal and almost unclassifiable historical example of Amazigh or (North) African culture. In other words, the indigenous Canarian universe was unarguably Amazigh, although from the point of view of “positive culture” it is a unique case and an extraordinary product of involution (due to isolation) and adaptation to an island environment. The archaeological evidence and findings (ceramics, rock inscriptions, etc) and anthropological/genetical type (DNA) are indisputable. However, there are many gaps in our understanding of the circumstances in which the first settlers arrived in the Canary Islands. We still do not know how or why the North African Amazigh landed in the Canary Islands in the first millennium BC, although the early colonisation of the islands has recently been related to Phoenician-Punic influence in the Atlantic.

The gradual disappearance of the amazigh substrate

As a result of the rediscovery, conquest and colonisation of the Canary Islands, the legacy of the individual communities that inhabited the different islands in the Archipelago up to the time of the European colonisation, began to disappear irreversibly as a direct result of the gradual disappearance of the indigenous Canarian societies. In the case of the Canary Islands, unlike the situation in the American continent or in Australia, there is no historical continuity between the indigenous, pre-colonial and post-colonial societies, since the conquest and subsequent colonisation of the Canary Islands by the Crown of Castile led to the gradual physical destruction of almost the entire indigenous society. In fact, the Canarian economy became characterised essentially by a model based on agricultural development, which, in turn, formed part of the Atlantic and international economy. This led to the development of a dependent and peripheral economy from the beginning of the 16th century and a colonial society composed of a ruling group (the aristocracy, clergy and merchants i.e. those who held political positions and controlled the economy) and the majority whom they ruled (labourers, those marginalised for religious reasons and slaves, including the Canarian indigenous people).

In the case of the Canary Islands therefore, the concept of “indigenous” implies clear temporal connotations: it refers to the populations present on the islands since the time of the first settlements in the Archipelago (first millennium BC) until its rediscovery in the 14th century by Europeans.

In the case of the Canary Islands therefore, the concept of “indigenous” implies clear temporal connotations: it refers to the populations present on the islands since the time of the first settlements in the Archipelago (first millennium BC) until its rediscovery in the 14th century by Europeans. In fact, at the end of the 17th century, as a consequence of the gradual disappearance of the indigenous Canarian people and their culture, their legacy began to be viewed from a more archaeological than ethno-historical perspective. Earlier in the 15th century, the indigenous Canarian populations were still thriving and since they were not fossils, were not considered from a pre-scientific archaeological perspective. 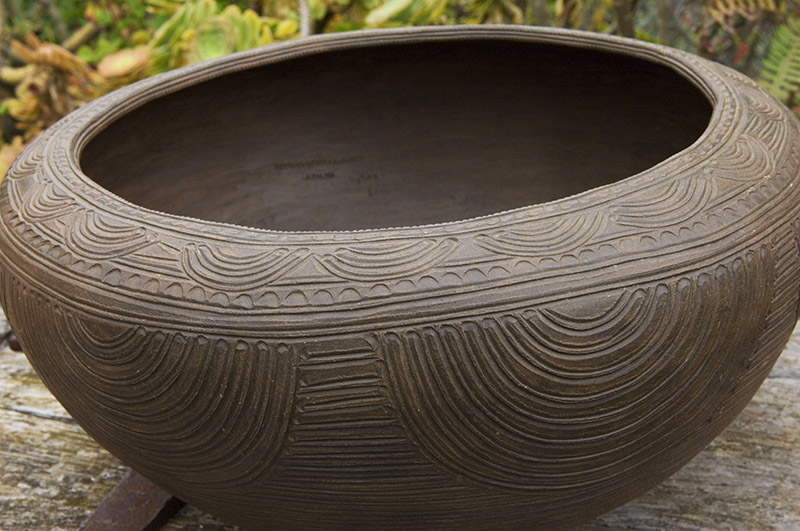 The rediscovery of the Canary Islands by the Europeans therefore led to the gradual disappearance of the indigenous settlements, the elimination of material items from the indigenous culture, the appropriation of indigenous areas, which were occupied by the new settlers and by the emerging colonial society and the imposition of ways of life and systems of social organisation and production governed by a western-style world view, values and regulatory mechanisms that were alien to the indigenous Canarian world. Over time, the arrival in the Archipelago of an imperialist archaeology, developed during the 19th century and a good part of the 20th century would help perpetuate the western, European interpretation of the indigenous Canarian past. This scenario clearly contrasts with the North African context, in which the Imazighen, the indigenous populations of the area, have maintained a constant presence since ancient times.