The Rice University Art Gallery, in Houston (USA) holds the exhibition “Intersections” until the 6th Decembre 2015. 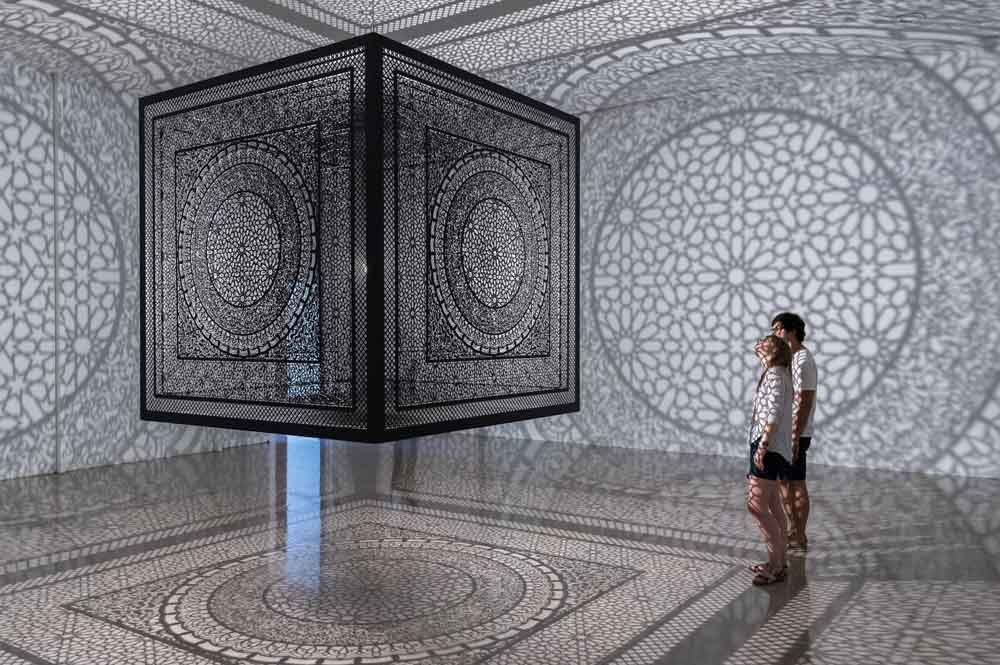 Pakistani-American artist Anila Quayyum Agha uses light and cast shadow to transform Rice Gallery into a place that alludes to Islamic sacred spaces dense with geometric ornamentation and pattern. Intersections was inspired by Agha’s visit to the Alhambra in Granada, Spain. Built in the 9th century as a castle fortress, the Alhambra fell into ruin before being restored and reconstructed from the 11th – 15th centuries by rulers of the last Muslim dynasty in Spain. Today, the Alhambra is a UNESCO World Heritage site where visitors can marvel at interiors in which every surface is covered with the complex, interlacing designs of Islamic art. 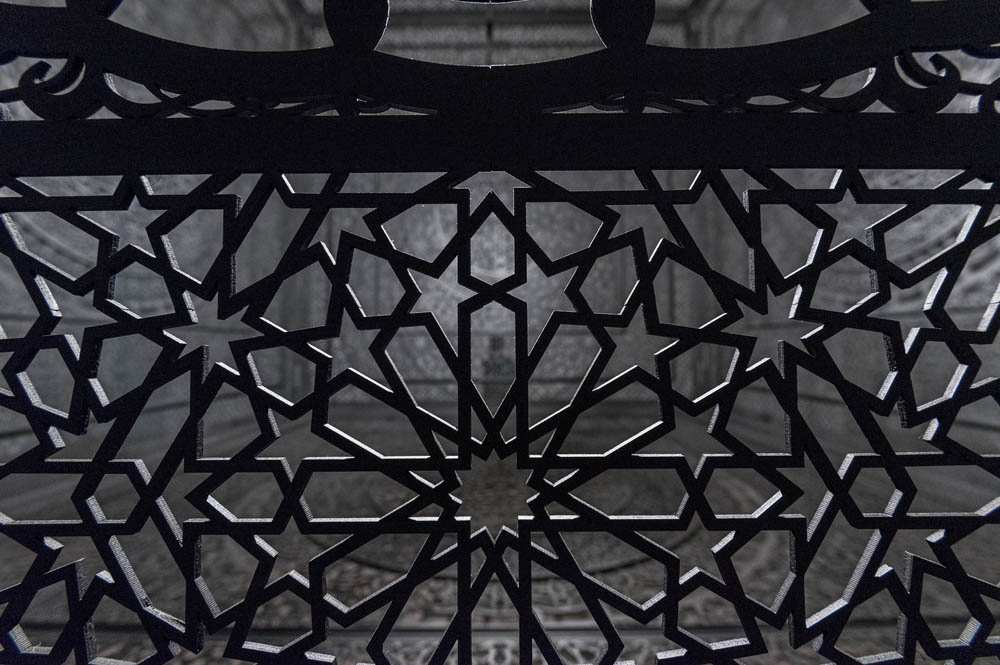 The beauty of these spaces caused Agha to reflect upon her childhood in Lahore, Pakistan where culture dictated that women were excluded from the mosque, a place of creativity and community, and instead prayed at home. She says of her Alhambra experience, “To my amazement  discovered the complex expressions of both wonder and exclusion that had been my experience while growing up.”

Agha translated these contradictory feelings into her installation, Intersections, by creating a contemplative space of her own making that is open to all. She used simple means to dramatic effect: a single, bright light suspended from the ceiling shines through an intricately laser-cut box made from wood and painted black. Each side of this cube is the same, repeating a symmetrical pattern Agha designed by combining and adapting different decorative elements she saw at the Alhambra. The geometric shapes and lines become shadows that cover the gallery walls, floor, and ceiling, and even gallery visitors. Within Intersections, no clear boundary or separation exists; our moving bodies change the nature of the pattern as we walk freely through its dense silhouette.