Are arguments in favour of the French ban supported by any actual evidence, and what happens when we ban burqas anyway? The secular republic of France has banned face veils, which means that anyone wearing the niqab or burqa in public there can be fined €150, or suffer the infinitely worse fate of being forced to endure lessons in French citizenship.

Much of the debate about this has focused on the moral aspects, but are the arguments in favour of French policy supported by any actual evidence, and what happens when we ban burqas anyway?

Wearing a burqa is apparently bad for your health, or at least that’s what Wikipedia says, and to be honest the supporting evidence isn’t massive. A nice summary of the negative health claims comes from a law student at the Washington College of Law whose unreferenced article “The Health Care Crisis Facing Women Under Taliban Rule in Afghanistan” (oddly one of the main sources for the Wikipedia article) makes the following claim:

Furthermore, the mandatory act of wearing burqas itself causes health risks. They are so heavy and enveloping that they restrict women’s activities by making it difficult for them to move. The simple act of walking outside becomes hazardous because the mesh opening severely restricts women’s field of vision and they are unable to see their path clearly. In addition, burqas are linked to hearing loss, skin problems, headaches, cardiac disorder, asthma, and also can contribute to mental health problems. PHR revealed that the Afghan women who participated in its study demonstrated alarmingly high levels of mental illness: 97% displayed symptoms of major depression, and 86% reported signs of anxiety. These problems are linked to the oppressive conditions imposed on women and are significantly aggravated by the constant stress of restrictions on their movement and confinement to burqas.

You can pretty much just scrawl “citation needed” in red pen across that lot, but if we merge it with other research reported by the media it all boils down to three main claims:

The evidence for some of this is patchy. For example, both the Reuters and Wired articles linked to from Wikipedia to back up the Vitamin D claim are based on the same research, which doesn’t actually test the claim but takes it as a given, and refers to ‘conservatively-dressed’ women, rather than any specific form of dress. 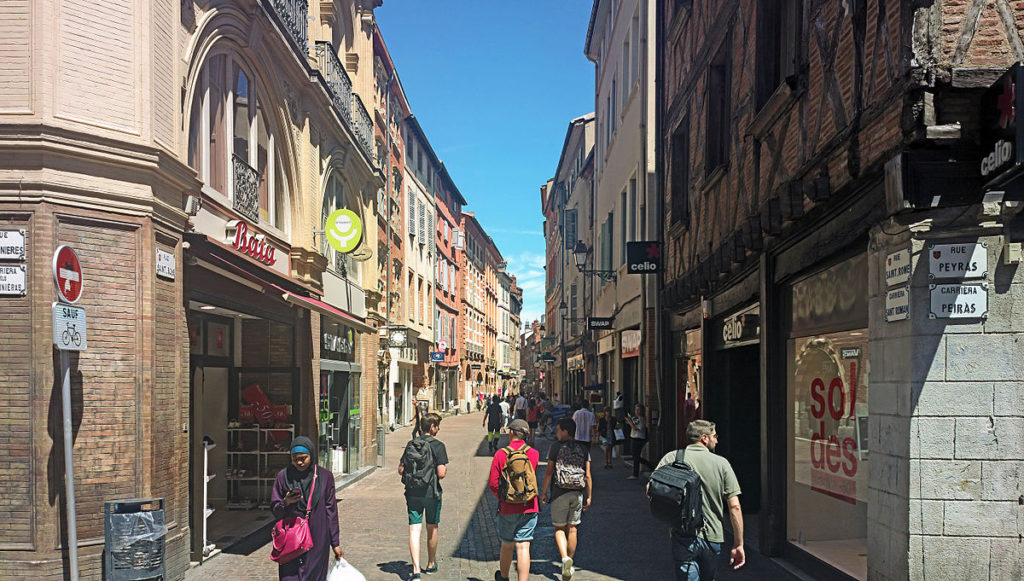 But to make things easy, let’s assume all three claims are true. Burqas may restrict movement and vision – well trust me, so do corsets and high heels. Burqas cause Vitamin D deficiency due to the lack of sun exposure – well so does science blogging, or wearing a coat, hat and trousers, or being a fan of Twilight. At best, there may be a case for educating wearers about vitamin requirements so they can compensate for their lack of sunlight exposure.

As for the mental health issues, are they related to wearing a burqa, or are they related to the situations that burqa-wearing women may live in? As the author of the above quote admits, “these problems are linked to the oppressive conditions imposed on women.” With the best will in the world, banning someone from wearing a burqa is not going to somehow fix their oppressive husband or improve their home environment.

Health isn’t one of the serious justifications for this policy though. The main debate has focused around three areas: issues of security, the preservation of ‘French values’, and of course the oppression of women.

To put this in some sort of context, how many people are we actually talking about? Various media sources quote French government estimates suggesting that somewhere in the region of 2,000 women wear full veils. Other Muslims suggest the figure is lower, and both my attempts and the efforts of Full Fact to shed light on the question produced a rather semi-skimmed result:

Though the statistic apparently comes from French Interior Ministry data, the details on how it was calculated are a little thin on the ground. […] …this is because the report from which the figure originates by the Information Directorate of the Interior Ministry appears to be a confidential one, unavailable to members of the public [which] was leaked to French Newspaper Le Figaro.

According to the paper, the figure was arrived at after French police were asked to estimate the number of traditionalist Salafist Muslims present in the country based on the number of places at which they worship.

[…] Meanwhile, another leaked note produced by the the domestic intelligence department of the police suggested that there were just 367 women wearing the Burka in France, although in the article this is dismissed as “totally absurd” by [Judge Andre] Gerin.

2,000 is a private guesstimate leaked by a newspaper then, not the reliable statistic it’s been presented as by the media. My hunch is that the real number is probably lower, but for the sake of argument let’s work with it for now.

Are 2,000 women in face veils enough to threaten the survival of ‘French values’? As always, cultural conservatives are inadvertently the biggest critics of the heritage they seek to defend. Are their values so weak, their culture so feeble, that they cannot tolerate the unusual clothing choices of a few thousandths of one percent of the population?

That number might grow of course, but then if you have to pass laws to stop people from abandoning your way of life… well maybe you’re tackling a symptom rather than the cause. Is the number actually growing? Again we don’t know. 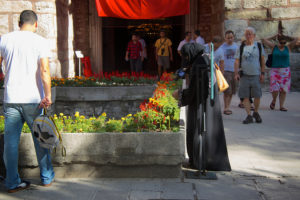 What about the security argument? I’ve not seen any evidence of crime-waves orchestrated by burqa-wearing hoodlums, but anecdotally there have been some striking cases, such as the gunmen who raided a French bank last year:

Employees let the pair through the security double doors of the banking branch of a post office, believing them to be Muslim women. But once inside, the men flipped back their head coverings and pulled out a gun, officials said.

They seized 4,500 euros (£4,000) in cash, according to staff at the branch in Athis Mons, just south of Paris, and made their getaway.

Shocking indeed, but it’s a pretty isolated anecdote. While predictably the escapade intensified calls for a ban in France, the problem with appeals to security is that they tend to fall back on the same, narrow examples. Banks, airports, schools… yes, these places need to be cautious about security, but that’s an argument for de-veiling in those places, not an argument for a complete public ban. There are far greater dangers in my local cafe than face veils. Many of them are on the menu.

Arguably the most compelling argument is that the ban protects women from oppression. How many we don’t know, because as we’ve seen there are no reliable statistics to tell us how many veil-wearers there are in the Republic, let alone what percentage of that handful do so of their own free volition.

Apparently the Interior ministry claim at that around 25% of veil-wearers are recent converts from non-Muslim backgrounds, but that’s from a Daily Mail copy of a Reuters infographic based on stats that apparently haven’t don’t exist in the public domain. I can’t help but feel that, in a way, that last sentence sums up the whole body of evidence in this debate.

Not only do we have little idea of the existing situation, we also have next-to-no hope of understanding the impact of the ban (assuming it’s enforced with enthusiasm, which at present seems fairly unlikely). Would oppressed women be liberated by vigorous application of the law, or would their husbands satisfy their religious sensibilities by simply keeping them indoors, or restricting them some other way?

The BBC quote government figures suggesting that a third of a million French women suffer violent attacks annually, with around 150 murdered. Against these statistics, the handful of women affected by this new law will be lost in the noise unless someone makes some effort to monitor what happens to them.

If these women were to disappear from view completely, then how would we ever know?