Over the last few days, a part of Spanish society has been demonstrating, raising its voice against political, social and financial abuse. As with the revolts in Iceland and, in some ways, those in Arab countries, young and not-so-young people in Spain occupied public squares prior to the elections to demand legislative reform and to make known their discontent. They have been calling it the Spanish-style revolution, or the 15M movement, in line with the Arab movements.

“For young people to have no dreams is a nightmare”

“If you can’t govern yourself, how can you expect to govern others?

And if you can govern yourself, why by governed by others?”

These are some examples of the slogans that appeared on the hundreds of posters displayed in Madrid’s Puerta del Sol.

At FUNCI we try to suggest solutions or, at least, ideas to make a global change possible. One of them, the result of in-depth work relates to Islamic Finance, one of the soundest alternatives for a sustainable, fair economy. This new line of work and research, called “Ummah, finance, society and Islam”, forms part of our Med-O-Med cooperation programme.

The following is a summary:

Med-O-Med and a sustainable economy 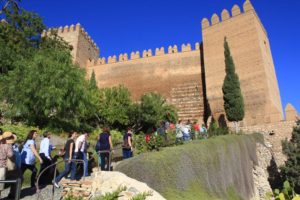 Under the leadership of its Chairman, Cherif Abderrahman Jah, in 2009 FUNCI launched an initiative called Med-O-Med, Cultural Landscapes of the Mediterranean and the Middle East to encourage the countries in this region to protect their landscapes based on respect for their cultural identity.

Med-O-Med aims to help improve quality of life for the populations of the Mediterranean and the Middle East by means of projects involving grass-roots participation, and guaranteeing respect for nature, social reality and local lifestyles.

As part of this programme for international cooperation, FUNCI is drawing up a project on Sustainable Economy aiming to promote alternative methods for social development and for environmentally-friendly activities.

In its on-going reflection on projects with a high social content and for sustainable environmental conservation, FUNCI considers it essential that such projects be accompanied by an ethical economic system that respects human beings. 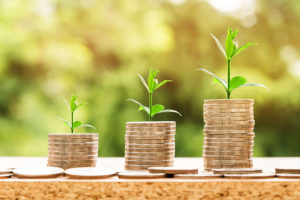 After the enormous damage done by the international financial crisis and the incalculable cost in human terms, the Foundation’s Chairman considers that the ethical values inherent in Islamic banking and its concept of fair distribution of risk might provide important keys to promoting more balanced finance, especially at a time when the international economy is searching for new ethical references.

Islamic banking is little known in Spain. It is similar to ethical banking from the point of view of its social commitment and the exclusion of certain investment sectors that are considered damaging for human beings. Moreover, and as in the Christian world up to the 18th century, Islamic finances are based on the prohibition of interest rates. It is considered preferable to link activity to the real economy (rather than to speculation) and to bring together and distribute investment risks.

FUNCI believes that disseminating these concepts might contribute to the growth of a more sustainable economy. Business projects using instruments such as Islamic micro-finance, that is, interest-free micro-credits, might improve standards of living for the most underprivileged. FUNCI also aims to help build closer business links between East and West by promoting commercial codes of good practice.

In view of Spain’s historic links with the Muslim legacy, the Foundation believes that Spain has an essential role to play in this debate. It was through Spain that the essence of Al-Andalús – its knowledge and trade – spread towards Europe, sparking intense sharing of ideas, learning and goods. Al-Andalus represented the political, economic, commercial and cultural arena in which the longest and most fruitful relationship ever developed between East and West. Its influence was felt in people’s everyday life and helped them live together in peace. 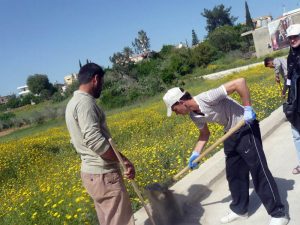 For these reasons, FUNCI considers it important to recover this heritage that was left behind by the Al-Andalús culture in Europe, to think back to the trading and environmental practices adopted back then which today are of marked relevance, such as organic farming and responsible, fair water management. FUNCI’s purpose through its Med-O-Med programme is to contribute to the development of a more equitable world, one that cares for its people and its environment, and to provide solutions that should help reach the objectives of this millennium, which include putting an end to poverty and hunger.

Based on its longstanding experience in the transmission of knowledge on the Muslim world and Islamic civilisation, and its extensive work on eradicating prejudice, FUNCI aims to build up awareness on what Islamic banking could contribute to a more sustainable economy, not only from the historic viewpoint but also as a bearer of tools with which to deal with present and future challenges.

Through its programme of activities, the Islamic Culture Foundation is working to bring the general public and the business world closer to the fascinating world of Islam.