We are close to the month of Ramadan and, with it, to the Night of Destiny, or the Laylat al-Qadr as it is called in Arabic. This night is also known as the “Night of Decree” or the “Night of Power”. According to the Islamic tradition, it was during that night that the Quran “descended”, that is, that it was first revealed to the prophet Muhammad by the angel Gabriel. The Quran explains its importance with these words:

Indeed, We sent the Qur’an down during the Night of Decree.

And what can make you know what is the Night of Decree?

The Night of Decree is better than a thousand months.

The angels and the Spirit descend therein by permission of their Lord for every matter.

Peace it is until the emergence of dawn.

It is, therefore, a particularly important night for Muslims, as it is then that the destiny of all humans is decided for the year to come. This night, there is special connection between the visible and invisible worlds, all pleas are answered, and the acts of devotion count the equivalent of a thousand months, which are 83 years! 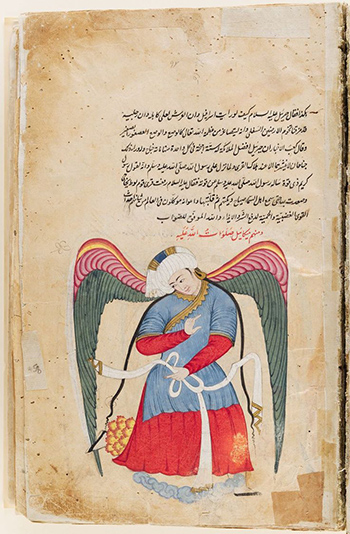 And when is it exactly the Night of Destiny? The Quran does not say it. Tradition states that it is one of the odd nights of the last ten days of the month of Ramadan, when the acts of devotion are particularly intense: a sort of final sprint. Therefore, it could be any of the 21st, 23rd, 27th, or 29th night of Ramadan. Sunni Muslims usually consider that it is on the 27th night. Meanwhile, for the Shia community, it is usually the 19th, 21st, or 23rd, especially, this last night, when the Imam Ali (the founding figure of this branch of Islam) passed away.

How does this affect the calendar of the current Ramadan, year 1441? The first thing that we have to take into account is that, in the Islamic counting, the night precedes the day. This means that the 27th night will come before the 27th date. The second challenge we face is that the beginning of Ramadan is not the same for everyone, as it depends on the sighting of the moon and the methods used for this purpose. In Spain, most Muslims follow the calendar established by the Islamic Commission of Spain, which follows the astronomical calculations of the Muslim World League. In this case, the27th night of Ramadan of the year 1441 corresponds to May 20, 2020, and thus, the Night of Destiny will probably be the night from Tuesday to Wednesday. However, the Muslims from Ceuta and Melilla (the Spanish cities in the African continent), and several communities in the Iberian Peninsula guide their calendar by the direct sighting of the moon, so the 27th night of Ramadan will be next Thursday, May 21, and the Night of Destiny will be on Wednesday. As for the Spanish Shia, this year’s beginning of Ramadan has matched that of most of their Sunni brothers, and the most likely Nights of Destiny, according to their tradition, have already passed: last Saturday 16th corresponded to the 23rd night of Ramadan. Are these differences a problem? No. Actually, the discrepancies surrounding the calendar are part of the traditional indeterminacies. As there isn’t assigned a specific date for the Night of Destiny, it encourages to “look for” it in the last Ramadan nights, thus, acting for all of them as if it was the indicated and blessed night.