Istanbul may be European Capital of Culture for 2010, but it by no means needs special events to be worth a visit. Its sublime Ottoman mosques and Byzantine churches, its sprawling palaces and bazaars, and its spectacular location overlooking the waters of the Golden Horn and the Bosporus are without parallel. Add the fact that Turkey is currently very affordable and the locals famously welcoming, and you have all the ingredients for an unforgettable city break whenever you go.

This year, celebrations highlight everything that makes the city special. First as Constantinople and later as Istanbul, this has been the capital of two great empires. Straddling two continents, the city has been the gateway through which Eastern influences have reached Europe, as well as the West’s window on the Orient, Asia and the Islamic world. Recent years have seen the city undergo yet another renaissance, with the opening of boutique restaurants, stylish rooftop bars, nightclubs on the shores of the Bosporus and every class of restaurant paying homage to the exquisite Turkish cuisine.

In the run-up to 2010, the authorities embarked on an extensive programme of restoration of sites throughout the city – everything from traditional wooden Ottoman houses to tombs, fountains, bazaars and many of the best-known sights.

Among them are Topkapi Palace, heart of the Ottoman Empire for nearly four centuries, perched on its wooded promontory overlooking the Bosporus and the Sea of Marmara. Another is Aya Sofia, greatest legacy of the Byzantine empire: originally a church, later a mosque and now a museum, for nearly 1,000 years it was the largest enclosed space in the world. Fascinating, too, in its own way is the Galata Dervish Lodge, the oldest surviving monastery (tekke) of the Mevlevi order of Sufis, who sought an ecstatic connection with God through music and dance. 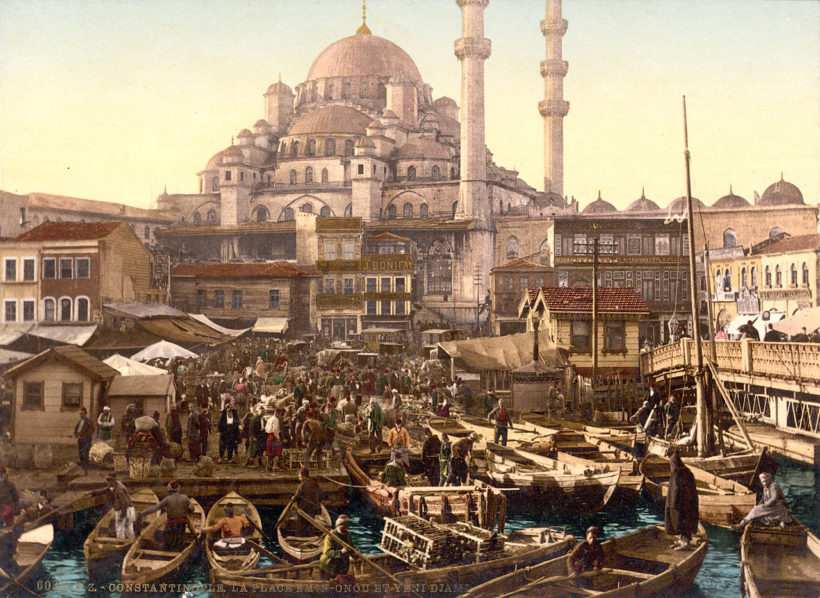 The city’s designation as European Capital of Culture (an honour it shares with Pécs in Hungary and Essen in Germany) makes this a particularly exciting year to visit. A packed calendar of arts and other events makes wonderful use of many fine historic buildings. Indeed, attending a performance is often the best way of seeing treasures that would otherwise be closed to the public – such as the exquisite sixth-century church of St Irene in the grounds of Topkapi Palace, built by the emperor Justinian, and prized for its sublime acoustics.

Here are some of the highlights of the coming year. For further details see the official website Istambul European Capital of Culture www.istanbul2010.org

The cultural, economic and political relationships between Russia and the Ottoman Empire during the 16th and 17th centuries are the focus of Treasures of Kremlin Palace in Topkapi Palace. Held in the imperial stables, this exhibition gathers works once housed in the palaces of the tsars and the sultans (Feb-May).

Meanwhile, the Archaeology Museum – well worth visiting for its world-class collection of classical antiquities – will stage an exhibition called Assyrians in Istanbul. This will look at the role that ancient Anatolian civilisations – dating back 4,000 years – have played in the formation of European cultures, using Istanbul as a bridge (March-May).

From Byzantium to Istanbul will narrate the history of the Byzantine empire through treasures from major Turkish museums and also institutions such as the British Museum, Vatican Museums, the Louvre and the Hermitage. The exhibition is staged at the Sakp Sabanc Museum, housed in a Twenties villa set in landscaped grounds on the shores of the Bosporus (Sep-Nov).

On a smaller scale, an exhibition entitled 99 Qur’ans will showcase the exquisite calligraphy for which Istanbul became famous in the Ottoman Empire, at the Galata Dervish Lodge (Sep 5-Nov 15). Aficionados should also visit the Calligraphy Museum, housed in a former theological college close to Beyazit mosque, which is due to open this summer after renovation.

Two new museums will open this year. The Museum of the Princes’ Islands is devoted to the culture of this archipelago in the Sea of Marmara, an hour from the city centre by ferry. These wooded, traffic-free islands are a popular summer getaway for city residents; neglected by the authorities during the Ottoman period, they also became a place of refuge for the city’s Greek, Armenian and Turkish minorities. The new museum will open in the former primary school on the biggest island, Büyükada (July 25).

The Museum of Innocence was inspired by the 2008 novel of the same name by the Turkish Nobel Prize-winning author Orhan Pamuk. This poetic tribute to the city uses films, photos and other memorabilia to document culture and daily life in Istanbul from the Fifties to the present (July).

Another highlight will be the opportunity to hear music in exquisite venues not easily accessible to the public. A series of concerts called Music of Istanbul Architecture will bring performances to settings including the 19th-century Dolmabahçe Palace, the largest and most sumptuous of the palaces on the shores of the Bosporus (Apr 6); Galata Dervish Lodge (May 7); Aynakavak Pavilion, part of an 18th-century palace on the Golden Horn (June 2); the church of St Irene (June 12); Yildiz Chalet Pavilion, part of the Yildiz Palace overlooking the Bosporus (June 19); Topkapi Palace (Sep 21); and Kumkap Armenian Church (Dec 7). Also in St Irene will be the highlight of this year’s International Istanbul Music Festival: the world premiere of Adam’s Lament, a specially commissioned work by the Estonian composer Arvo Pärt (June 7).

One of the more intriguing musical events centres on the city’s Greek, Armenian and Jewish communities, with a concert on each of the four main Princes’ Islands. Istanbul’s Languages/Istanbul Songs will feature folk singers and native speakers presenting works from the heritage of each community: Knalada, known for its Armenian population (June 9); predominantly Greek Burgazada (June 10); Turkish Heybeliada (June 11); and Büyükada, whose Jewish residents traditionally spoke Ladino, or Judeo-Spanish (June 12).

Looking further afield, Balkanist – Istanbul 2010 Balkan Music Festival will reveal the city’s role as a musical focus for the Balkan region, exploring the common roots of musical traditions of neighbouring countries (April). Music Stops will celebrate World Music Day (June 21) with performances at outdoor stages throughout the city. The largest stadium concert in the city’s history will take place when U2’s 360° 2010 tour rocks into town (Sep 6). One of the weirder events will be Tales of Future, a set of multimedia concerts in August featuring the Bosporus as a giant musical instrument – interacting with ethnic percussion instruments played by robots.

Among a host of dance events will be the Istanbul International Ballet Competition, culminating in a gala (July 5-10).

A new music and dance production called Barbarossa is based on the life of the 16th-century Ottoman admiral of the same name – as well as being an exploration of Istanbul’s relationship with the sea and mankind’s relationship with water (July 13-14, Sep 26?27).

The highlight of a variety of events held throughout the year under the Danslab umbrella will be Dance Platform Istanbul, which will showcase classical and contemporary Turkish dance as well as genres from tango to jazz and hip hop – through workshops, masterclasses and performances (Sep 15-22).

An event quaintly entitled Istanbul is having fun on the street will be a celebration of street theatre and circus at squares and streets along the coastline of the Golden Horn, the five-mile inlet and natural harbour at the heart of the city (Sep 15-26).

Photography Parade is a series of month-long exhibitions of work by local and foreign photographers portraying various aspects of the city, at the gallery of the Fototrek Photography Centre on Istiklal Street.

Breaking the Stereotypes is an exhibition that looks at the images that the “Orient” has of Europe and vice versa. Comparing the self-awareness of the East and West in literature, media and daily life, it invites viewers to challenge the stereotypes (May 14-June 27). 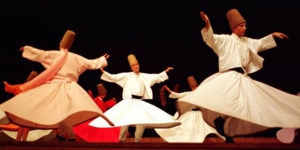 For the first time, the city is putting together a crafts map and guide to about 500 artisans working in centuries-old traditions from book arts to wood carving, from wrought-iron work to mother-of-pearl inlaying. A map in four languages with details of their workshops will be available free of charge throughout the city (launching, with website, Apr 30).

A good place to learn about Sufi culture is at the Introduction to Mevlevi culture, to be held every Sunday throughout the year at the Yenikapi Mevlevi Lodge. This includes excerpts of music and literature, as well as re-enactment of the traditional sema ceremony. The lodge is also staging classical music and Sufi music concerts every month.

Turkey’s own long tradition of shadow theatre is celebrated in Karagöz in Istanbul, Istanbul in Karagöz. Events include shows at a variety of venues (June-Nov), an exhibition (July 1-30), and the International Shadow Theatre Festival (Oct 12-16).