Historian says Europe has long defined itself against the threat of Islam. The images were clearly intended to get out the vote, and judging by the 57 per cent “yes” vote to ban the construction of minarets in Switzerland on Sunday, they worked all too well. They included the depiction of minarets piercing through the Swiss flag; minarets on top of the flag, with a menacing, niqab-wearing Muslim woman in the foreground.

One could be forgiven for imagining that the Muslims were at the gates of Vienna, or even Lucerne, threatening to overrun Christian Europe. And of course, for the proponents of the ban, that is precisely the situation Europe faces today.

For centuries, the peoples of Europe have defined their continental identity against the threat of Islam. So much so that it is hard to imagine a European identity that does not have Islam as its foil.

There are, of course, good historical reasons for this.

From the eighth century Europe was in fact surrounded by Muslims to the East and South, who ruled much of the Eastern continent for the next millennium.

Of course, except in the wildest dreams of jihadists, Europe will not be taken down by Muslim swords today. But for right-wing fear mongers, the contemporary Muslim threat is just as nefarious, only the weapon is different.

That Muslim woman in the now infamous poster is not just the ultimate ‘other’ – totally impenetrable to the Western gaze in a social space where topless women are de rigeur on billboards, magazines, TV commercials and the beach – but, the niqab or burka-wearing Muslim woman is believed to stand for all Muslim women, who, it is assumed, possess little or no control over their own bodies. 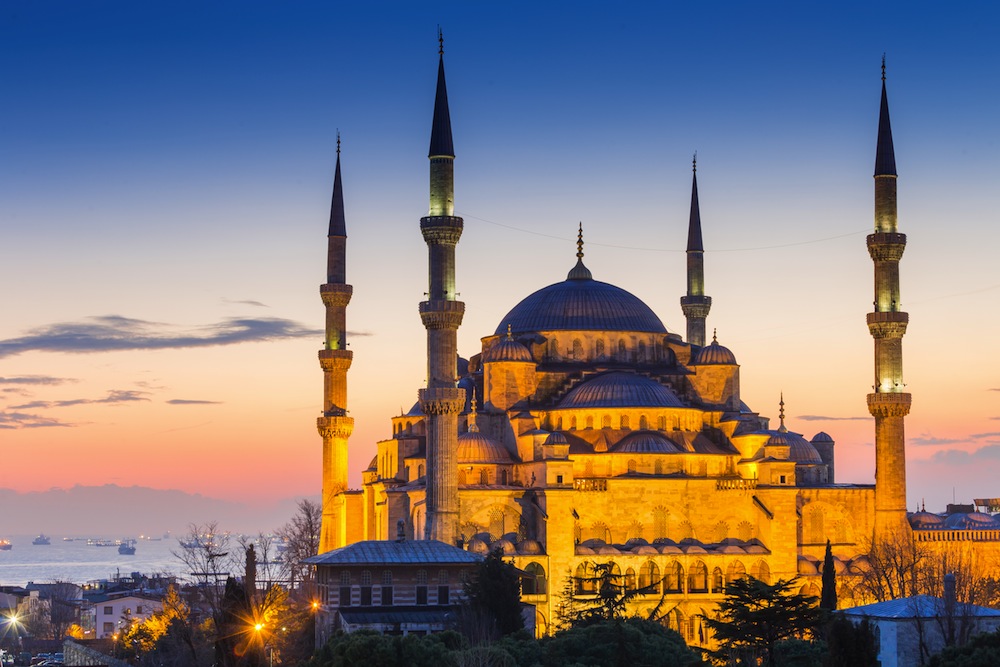 And because of this, she is as dangerous as the H1N1 virus currently scaring people across the continent. Underneath her niqab lies a human bomb – not a suicide vest, but a baby; lots of babies, if you believe the hype.

All these Muslims babies threaten to transform the fundamental identity of Europe as a “Western,” “modern,” “secular-yet-Christian” space – the very antithesis of what most Europeans imagine Muslims to be.

In some sense, of course, the return of a robust Muslim presence in Europe would be a return to history, to a time when a good share of Europe was Muslim. But that is a history few Europeans hearken to. In fact, Europe’s first post-Cold War conflict, in the Balkans, was driven in good measure by just this fear.

Beneath the fear, however, lies that undeniable reality that the combination in Europe of very low indigenous (meaning white and Christian) birth rates and increasing immigration of Muslims with higher birth rates means that the percentage of Muslims will continue to grow.

They will not, however, become a majority in Europe under any conceivable scenario in the coming decades.

In fact, the actual demographic trends show a decline in birth rates by Muslim women as they become settled into Europe, which corresponds to the declining birth rates across the Muslim world (many of whose governments have initiated aggressive family planning programmes).

Indeed, as Muslim women live in Europe, learn the languages, get educated and join the workforce, they become more “European” – or more accurately, like women globally, who, if they have the resources and freedom to control their reproduction, choose to have smaller families.

Of course, if they are marginalised and, along with their male counterparts, not given sufficient chance to become a functioning part of their new societies, this process will happen more slowly, if at all, creating a self-fulfilling cycle of recrimination and disintegration.

From Europe to ‘Eurabia’?

Either way, it is clear that Europe is going to become more Muslim in the coming decades. The question is whether in the process it will become more Islamic – that is, publicly religious and impacted by Muslim religious symbols and practices – and which version of Islam will define the emerging European Islam.

Will it be a “Euro-Islam” that respects core liberal values of tolerance, openness and respect for the rule of law, or a “Ghetto Islam” that produces subcultures that are largely isolated and hostile to the European self-image (one which, it must be remembered, largely excludes Muslims in the first place)?

The fear mongers behind the rising tide of Islamophobia in Europe argue that the continent is on the way to becoming “Eurabia” – that is, taken over by a Muslim tide and losing its core Europeanness in the process.

It is hard to know how many Europeans buy into this argument. But, while it is rarely a good idea to generalise, the majority would likely prefer Muslims to assimilate into their host societies, to shed the outward appearances of difference, and not integrate – a process that inevitably changes the host culture as well, as it takes on elements of the newer arrival and, inevitably, loses some of its traditions in the process.

It is not surprising that in Switzerland the focus would be on minarets.

More than most countries, Switzerland defines itself by its visual aesthetic. It is the picture postcard of Europe, with nothing out of place, the quintessential European destination.

Never mind that Swiss Muslims are among the least conservative in Europe and that the call to prayer is already banned in Switzerland; the presence of more minarets would call out to the Swiss, saying: “We are here and we’re not going anywhere. And we’re not just going to assimilate to your culture. We intend to keep core parts of ours as well.”

Thus the referendum slogans calling for a halt to the “Islamisation of Switzerland”. The minaret, as a highly visible sign of Islam’s presence, becomes a “spearhead” of that Islamisation, “the symbol of political-societal power claim of Islam” as the website of the Swiss People’s Party (SVP), the party behind the vote, describes it.

Never mind that most of the claims by the minaret ban’s backers about Islam and the demographic threat are inaccurate. Islam, in their view, cannot exist without asserting unique claims to social and ultimately political power, which is why it is an existential threat by its very presence.

Muslims cannot just be; they have to convert others, and the voice of the muezzin “proclaiming down from the minaret” is the most powerful manifestation of this. Or so the backers of the minaret ban imagine. 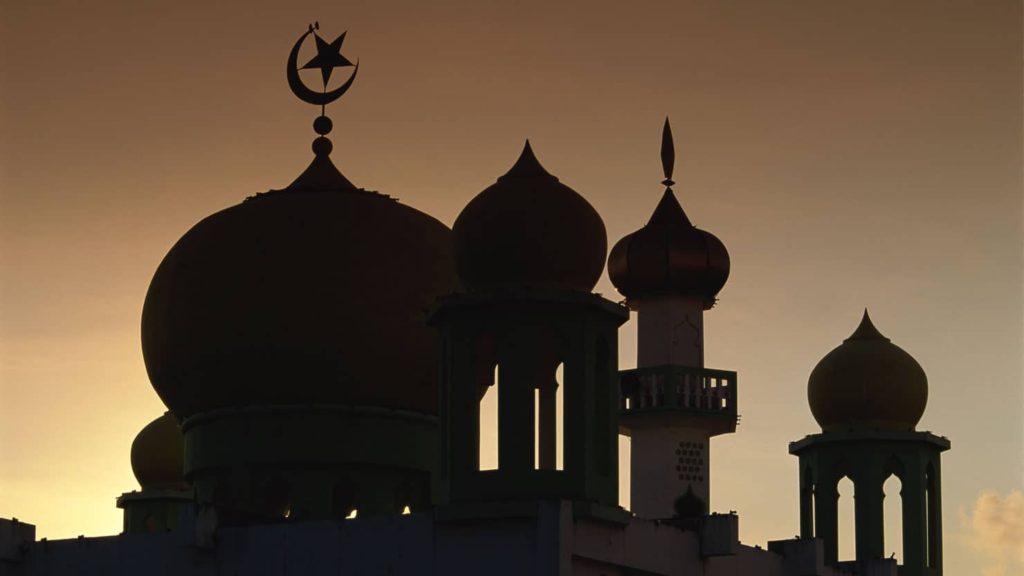 Even Eveline Widmer-Schlumpf, Switzerland’s justice minister, admitted that the result “reflects fears among the population of Islamic fundamentalist tendencies,” as if one cannot be Islamic without being fundamentalist.

This is the underlying problem in the debate over minarets, hijabs, or yet more troubling, attempts by European Muslims to establish separate courts and laws aligned with their interpretation of sharia to cover personal status issues.

At best, it says Muslims are willing to integrate, not assimilate into European society.

In the aftermath of Sunday’s vote, many commentators, Muslims and non-Muslims alike, are comparing Islamophobia in Europe today to the anti-Semitism that plagued the continent in the first half of the 20th century.

While understandable, such comparisons miss the fundamental difference between the position of Jews in Europe then and Muslims in Europe today.

Jews had lived in Europe for centuries and, despite anti-Jewish sentiments among huge swaths of Europe’s population, were very much a part of their societies’ cultures, economies, and increasingly politics.

Indeed, in Germany it was precisely the increasing full participation of Jews in so many parts of national life that made them such an existential threat.

They were Europe’s most intimate ‘other’, inside the very fabric of European identity and increasingly, impossible to tell from “real” Europeans.

As such they became a lethal virus that, in the Nazi logic, had to be eradicated to restore the purity of the race.

The situation for Muslims today is very different.

Muslims are still relatively new to most European societies; at most a couple of generations old. As one Fox news report put it after a riot in Muslim neighbourhoods of the Swedish town of Malmö, they are “outsiders who are already inside” European societies.

What is worrying is that as a new generation of European Muslims come of age and move deeper inside European culture, economies and politics, the fears and prejudices against them will surely grow, especially if, as in Germany of the 1930s, the economic situation continues to deteriorate.

Mass violence against Muslims comparable to that visited against Jews is unimaginable. But as Muslims become, welcomed or not, part of the European fabric, the prejudices against them could begin to take on some of the form of the anti-Semitism that plagued pre-war Europe.

Ultimately, the vote to ban minarets, like other anti-Islamic legislation, is a symptom of a larger problem within contemporary European societies.

It is not just that Europeans are increasingly inhospitable to Muslims and other immigrants. These sentiments reflect the fraying of the social fabric of Europe more broadly, particularly of countries that have had strong recent traditions of social solidarity and welfare.

The larger implications have not been touched on in most of the commentary and reporting in the multi-lingual Swiss media, or the European press more broadly.

Instead, papers such as the German language Neue Zürcher Zeitung, described the vote as a revolt of “the people over the elites” and emphasised the need for rulers to “listen to the people” (a terminology which, in German at least, has alarming historical connotations).

The French language Le Temps questioned: “How can you dialogue when you’re crushed by the weight of stereotypes?”

The answer is that people are increasingly scared that their social safety nets are fraying and that life is inexorably going to become harder. And they want quick solutions, not long and complicated dialogues. 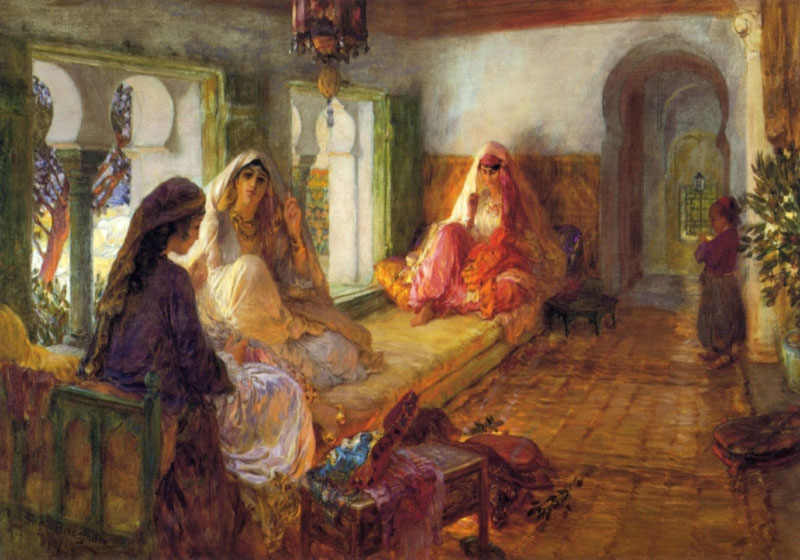 And herein lies the real problem underlying the vote. It is not merely about Islam. It is also about the solidification of neo-liberalism economically and conservatism politically across the continent, and ultimately, about globalisation more broadly.

Together, the political, economic and social dynamics are creating a situation in which governments are less able to deliver the high level of services that post-war Europeans have gotten used to, at the moment that ideologically, people are increasingly unwilling to look out for their fellow citizens’ welfare as they did previously – when, of course, they also happened to look, speak and act much more like them.

Sweden, where I’m currently living, has long had one of Europe’s most generous welfare states, which is coming under severe strain just as the Muslim population is growing rapidly.

But as a priest who works with immigrants pointed out to me, the unwillingness of Swedes in the wealthy town of Vellinge (to cite one example), to allow a home for child war refugees from Muslim countries in their town owes not merely to a fear or loathing against Muslims.

In the “new” and increasingly inegalitarian Sweden, the emerging wealthy class living comfortably in low tax areas like Vellinge are equally unwilling to pay high taxes to support their fellow Swedes.

Of course, it is much easier to blame it on the Muslims and to continue to push them away even as they find their way inside Europe.

But if history is any guide, Europeans will start out blaming the ‘inside other’ for their problems, but it will not be too long before their anger, and violence, turns on each other.

Mark LeVine is currently visiting professor at the Centre for Middle Eastern Studies at Lund University, Sweden. His most recent books include Impossible Peace: Israel/Palestine Since 1989 (Zed Books, 2009) and Reapproaching Borders: New Perspectives on the Study of Israel-Palestine (Rowman Littlefield, 2008).

The views expressed in this article are the author’s own and do not necessarily reflect Al Jazeera’s editorial policy.