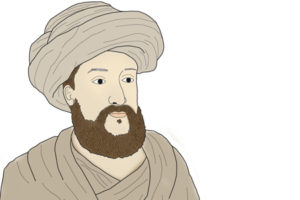 Swiss-born orientalist, John Lewis Burckhardt travelled widely across Africa and the Middle East including Egypt, Jordan and Syria. Before doing so he gained extensive knowledge of Arabic and the Qur’an due to his need to disguise himself as a Muslim for several voyages. Staying in Makkah for three months, he wrote exhaustively about the Hajj and the surrounding area and accessed places not ventured by previous travellers.

“ On both sides of the Hadj road we saw numerous heaps of stones, the tombs of pilgrims who had died of fatigue; among others…that of a woman who here died in labour, and whose infant was carried the whole way to Mekka, and back to Cairo in good health.” 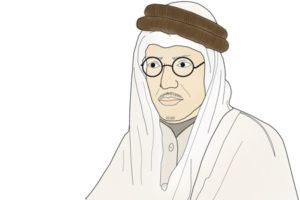 Born Leopold Weiss to Jewish parents, Muhummad Asad embraced Islam in 1926 and made five pilgrimages between 1927 and 1932. He was also the last European pilgrim to arrive in Makkah on the back of a camel. A detailed account of his journeys can be found in his famous autobiography, The Road to Mecca.

“I walked on and on, the minutes passed, all that had been small and bitter in my heart began to leave my heart, I became part of a circular stream—oh, was this the meaning of what we were doing: to become aware that one is a part of a movement in an orbit? Was this, perhaps, all confusion’s end? And the minutes dissolved, and time itself stood still, and this was the centre of the universe …” 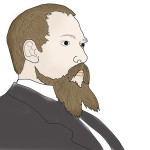 Driven by adventure and disguising himself as an Arabic-speaking Muslim after carefully studying Islamic rituals, linguist, scholar and renowned explorer, Richard Burton’s famous Hajj of 1853 is detailed in ‘A Personal Narrative of a Pilgrimage to Al-Madinah and Mecca’ (1855). This three volume set is known by many to be a classic English account of the Hajj.

”There at last it lay… no giant fragments of hoar antiquity as in Egypt, no remains of graceful and harmonious beauty as in Greece and Italy, no barbarous gorgeousness as in the buildings of India; yet the view was strange, unique—and how few have looked upon the celebrated shrine!…the worshippers…clung weeping to the curtain… pressed their beating hearts to the stone…” 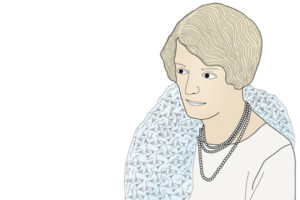 Travelling from Mayfair to Makkah in 1933 at the age of 65, Lady Evelyn Cobbold, an elegant Scottish aristocrat, was the first British born Muslim woman to make the Hajj. Once describing herself “unconsciously a little Moslem at heart” to the Pope, her book Pilgrimage to Mecca (1934) is a fascinating account of her Hajj journey.

“The Ka’ba rising in simple majesty…[requires] a master pen to describe the scene, poignant in its intensity of the great concourse of humanity of which I was one small unit, completely lost to their surroundings in fervour of religious enthusiasm…. I felt caught up in a strong wave of spiritual exaltation….” 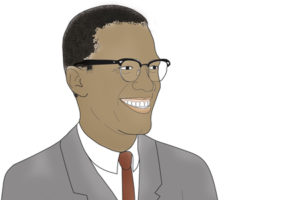 As a leading member of the black spiritual and nationalist movement, the Nation of Islam, Malcolm X believed the white man to be the devil and the black man superior. It was only through his Hajj of April 1964 that his views on race and the white man changed forever.

“… We were all participating in the same ritual, displaying a spirit of unity and brotherhood that my experiences in America had led me to believe never could exist between the white and the non-white. You may be shocked by these words coming from me. But…what I have seen, and experienced, has forced me to rearrange much of my thought[s]…” 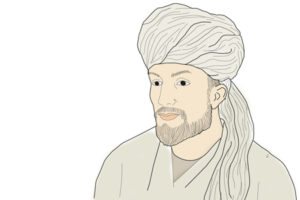 Valencian born civil servant and traveller Ibn Jubayr was once forced to drink seven cups of wine by the ruler of Granada. Realising his mistake, the ruler then gave him seven cups of gold, which Ibn Jubayr used for his Hajj in 1185 to atone for the act forced upon him. Recounting his travels in his book ‘Rihlah’ where he also describes his travels to Egypt, Palestine, Iraq, Syria and Italy, he reminisces:

“In the last third of the night… facing the Black Stone and door of the Ka’ba…a foreign man appeared…he began to recite the Qur’an in a moving and tender voice, interspersed with sighs and sobbing. He recited the verses beautifully, instilling their feeling and meaning into the soul.”