This year we will paticipate in the cultural events organised in  Tlemcen, Algeria, as it has been choosed the Islamic Culture Capital of the Arab Region for 2011 by the Islamic Conference. 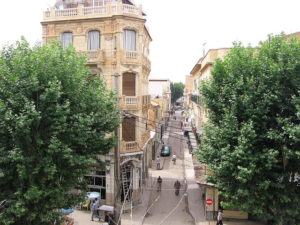 The name of Tlemcen, originally “Tala Imsane” (“dry spring” in Berber), highlights the Berber origins of this city whose population blended later on with the Arab Muslim race and other ethnicities from Andalusia, the Mediterranean islands, and other parts of Europe to make today’s Tlemcen. The city, which strikes its roots deep in history, has indeed played major roles in Algeria’s history. Tlemcen is a town in Northwestern Algeria, bordered by the Mediterranean on the North, the Wilaya of Naama on the South, the Willayas of Ain Timouchente and Sidi Belabes on the East, and the Kingdom of Morocco on the West. Founded by the Romans as Pomaria and established by the Zenet dynasty as the capital of their rule, the city today ranks among the major historical and tourist regions of Algeria.

The Wilaya of Tlemcen is made of 22 districts and 53 municipalities. Tlemcen city is one of Algeria’s major tourist destinations thanks to its various tourist attractions such as the caves of Fezza, Mansoura and Nedroma, Port Hanine, and several ancient mosques.

Tlemcen was founded by the Romans in the 4th century C.E and became a Roman colony with a catholic diocese before it was conquered by the Vandals and came later on under Islamic rule in 708 AD. The 11th century C.E saw the take-off of the city under the Islamic rule. Under the Almoravids dynasty, the city emerged as one of the most prominent commercial centers and a major port of the time, thanks to its proximity to the Mediterranean. The city was then made capital of the Kingdom of Tlemcen by King Abdulwadid Al Zenati (from the Zenata tribe) in 1282 and continued to be so till the 15th century E.C, when the Kingdom extended its control to the entire Atlas Mountains in Algeria, reaching till the borders of today’s Tunisia.

Tlemcen after the fall of Al-Andalus 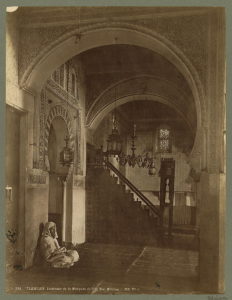 After the fall of Al-Andalus, Tlemcen played an important role in Islamic history as it received migrants from Cordoba, Granada and other cities of Andalusia. Historians estimate the number of migrants who flocked to the city by the end of the 15th century CE at hundreds of thousands.

Later on, the city was invaded by the Spanish who made it a vanguard position of their conquest of the Maghreb, after the collapse of the Muslim monarchies in Andalusia. As part of their campaign, the Spanish tried to evangelize and catholicize Tlemcen before they were repelled by by the Ottomans who took control of the city in 1553. It was until 1671 that Tlemcen gained a relative independence from the Ottoman State. In 1844 the city fell under French colonialism, which lasted until the sixties of the 20th century, when Algeria gained independence, and the city became one of the major Algerian urban centers and a capital of a Wilaya with the same name.

The city developed a wide human diversity which today represents a unique blend of cultures, arts and social customs. It is home for a variety of unique Islamic monuments such as mosques, ancient schools and Zawyas, which were beacons of Islamic enlightenment and learning over ages. In those Zawyas, whose architecture combines the Arab Islamic style with a local Berber touch, students used to study Quranic sciences and religious subjects in general. Today’s Tlemcen is one of the Arab Maghreb’s metropolitan cities. Many explorers and historians visited it and devoted volumes to the description of its wonderful architecture, design and development. The city boasts many landmarks of the Islamic civilization, in addition to the rich archaeological treasures of the National Museum based in the city, which showcase its ages-long rich civilization.