From graffiti to YouTube videos, the Shubbak festival brings the energy and unpredictability of the Arab spring to London. At a gallery on a quiet street off London’s Sloane Square, the revolution continues. 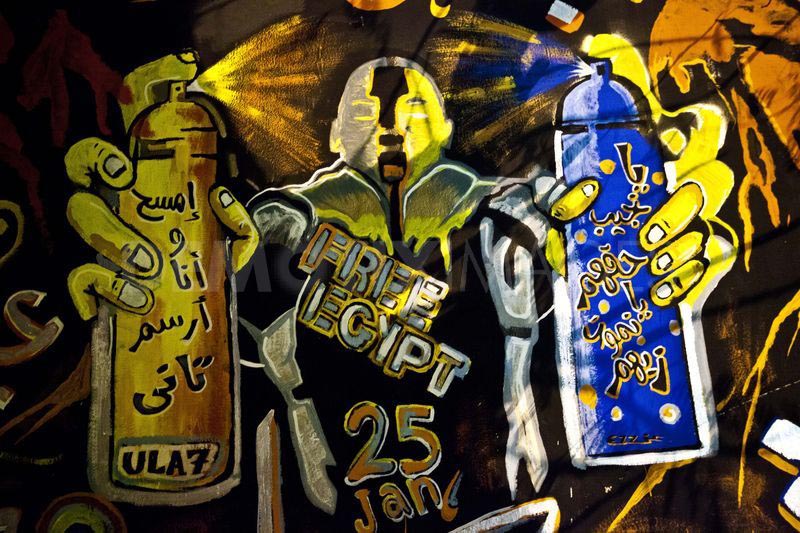 Graffiti that went up in Cairo earlier this year, calling on the tyrant to leave, has been re-stencilled on a white wall, near trees whose gold leaves symbolise the new hope of Egyptians. Revolution. Other works include a man mummified in wrappings printed with texts from the Qur’an, and a graffiti-like painting which shows the Egyptian army as sinister gods of death.

Old habits and assumptions are being cast away, and a new day is visible in this exhibition. From Facebook to Nassbook, a survey of new Egyptian art which opens on 6 July at the Mica Gallery, is part of Shubbak: A Window on Contemporary Arab Culture, presented by the mayor of London and encompassing all the arts, from now until 24 July.

If the Egyptian art at the Mica Gallery is anything to go by, this is not so much a conventional culture festival as a set of notes and reports from the Arab revolution – something a lot more exciting than just a worthy arts event. The artworks here capture the rush and openness of Egypt now, the sense of possibility and an unfinished story. What is a revolution? The answer may not be as easy as it seems – is it the overthrow of a regime? The rapid remaking of a society from the bottom up? 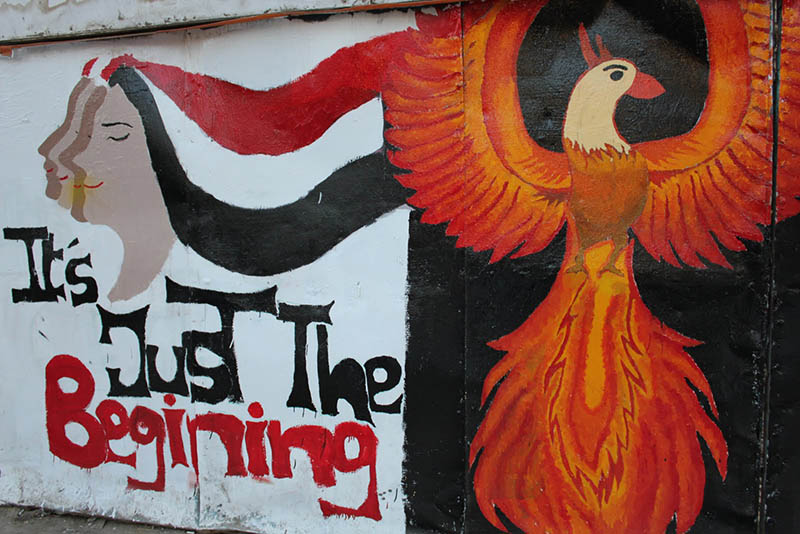 Whatever a revolution is exactly, you can see from this exhibition that Egypt is experiencing one. It includes, among other works that deal directly with the upheaval in Egypt, a tribute to artist Ahmed Basiony who was killed during the uprising in Cairo on the night of 28 January this year and who is also remembered in the Egypt Pavilion at the Venice Biennale. Is there an art style of the Arab spring? No. Rather, there is a commitment to communicate using any means necessary. Basiony was an experimental artist working with new technologies, and a pre-revolutionary recorded performance by him at Venice creates a disturbing sense of claustrophobia and confinement.

In Basiony, the Egyptian revolution has found an artistic martyr, whose works and life are being vividly recreated in exhibitions around the world. As people throw off their constraints, art is not so much a monumental record of their actions as a scattershot weapon of protest, from graffiti to YouTube videos. Shubbak is an opportunity to sample the energy and unpredictability of one of the most dramatic moments in Arab history. It is a window not just on culture but on politics, which may, right now, be more important.