Last May 9th, the Islamic Culture Foundation participated in the conference “Europe plural and mixed”, organized by Casa Árabe on the occasion of Europe Day and the Festival Europe Freedom, launched by the Spanish Ministry of Foreign Affairs and Cooperation. One of the panels relied on the Recommendation 1162, “The Contribution of the Islamic Civilization to the European Culture”, launched by FUNCI.

In the frame of these activities, the Islamic Culture Foundation (FUNCI) moderated the panel “The contribution of the Arab-Islamic civilization yesterday and today”. It counted with the participation of Eduardo Manzano-Moreno, researcher-professor at the Centre of Human and Social Sciences (CSIC); Fernando Rodríguez Mediano, researcher at the Institute of Mediterranean Languages and Cultures (ILC-CCHS, CSIC), and Luis Francisco Martínez Montes, Spanish diplomat.

The panel relied on the Recommendation 1162 “The Contribution of the Islamic Civilization to the European culture”, issued by the Parliamentary Assembly of the Council of Europe in 1991, and promoted by FUNCI in collaboration with the Spanish Socialist party (PSOE) group. This recommendation, which was preceded by a seminar of the same name, represented the first recognition of the influence this Islamic element had had on the development of the European continent, its culture and identity. The recently organized panel aimed at renewing this claim and updating the recognition of the influence exerted. This time in a very different European context, characterized bby the apolitical, economic and, more importantly, identity crisis.

A global and complex Europe 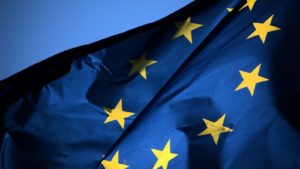 The panel was introduced by Pedro Martínez-Avial, director of Casa Arabe, who highlighted the increasingly global character of Europe, as well as its diverse nature, which holds the gen of the Arab-Islamic influence.

Encarna Gutiérrez, then, explained the reasons for the promotion of the first Recommendation 1162: the lack of a political conscience, at the time, on the importance held by this Arab-Islamic influence, the rare diplomatic relations with the Arab world, and the lack of knowledge on this issue that characterized the public administration. Sadly, and in spite of the importance of this recognition, 27 years ago, these factors are still there. Even though important steps have been given towards its solution, Europe faces today new difficulties, intensified by the economic crisis of 2007 and the rise of the Far Right. As summarized by FUNCI’s Secretary General:

the importance of this panel lies, mainly, in all the work that there is still left to do.

A debate on the identity of Europe

Eduardo Manzano, researcher at the Centre for Human and Social Sciences (CSIC), spoke, then, of the importance of identities, in spite of this, how these had been mostly ignored by Historians. As reflected by Manzano, their importance lie in the fact that it is not the past that generates identities, but, on the contrary, identities are the ones that develop a particular image of the past.

Today, the continuous construction of a European identity has to face its heterogeneous-multicultural nature, which is resulting in the adoption of two different stances: a closed one, which perceives this nature as a threat to the well-being and identity of the continent; and an opposite stance, that promotes the recognition and value of this diversity. In order to support this second model, Manzano highlighted the importance of promoting knowledge, as a common tool of mutual understanding and embracement of a multi-identity Europe.

In his intervention, Fernando Rodríguez Mediano, researcher at the Institute of Mediterranean Languages and Cultures (CSIC), reflected on the historical development of Europe’s identity and its relation with Spain. Historically, this country was excluded from the European modernity, as it was understood as a land of Muslims and Jews, and a bridge between Europe and the East.

Eduardo Manzano highlighted the importance of promoting knowledge, as a common tool of mutual understanding and embracement of a multi-identity Europe.

In this frame, Rodríguez Mediano warned of the dangers of moving in the field of the civilizational identities, and the need to evolve towards less rigid concepts, those of multicultural identities with porous and non-exclusive borders. From this perspective, instead of valuing how much Islam has contributed to Europe, we should value the presence of Islam and its role in the understanding we have of our own identity. As the scholar explained, its role “as a tool to think ourselves”.

A multicultural Europe and Spain

Lastly, Luis Francisco Martínez Montes (Spanish diplomat), adopted an approach based on his professional experience to develop the idea of a “sociologically” Muslim population, that throughout History and in many different regions, has shared mystical, religious and cultural experiences. Martínez Montes relied on his recently-published book “España: una historia global” (Spain: a global history). The book is an answer to Kennet Clark’s documentaries, casted throughout the 60s and 70s in the British channel BBC, in which the author reflected on the contribution the different civilizations had made to the development of Europe. The series notably ignored all possible influence of Spain. Through Spain: a global history, Martínez Montes focuses on the great contributions made by the Iberian Peninsula, both during the Andalusi period and the Spanish medieval and modern period, without which the European identity would not have been the same.

The panel finished with an interesting debate on the concepts presented: Europe’s role in the international context, its increasingly challenged global position, and its impact on its identity, as well as its obligation towards the countries of the Mediterranean region, with whom it shares a common history, culture and geography.

The panel was followed by the conference “Europe as a melting pot and a critical-thinking laboratory”, moderated by Luis Miguel Bueno Padilla, member of the European External Action Service (EEAS), and that included the participation of Amro Ali, professor of sociology at the American University of Cairo, and Virtudes Téllez Delgado, professor at the Department of Philosophy, Anthropology, Sociology and Esthetics of the University of Catilla-La Mancha.