The rapid deterioration of human environment is nothing but a crisis of values.  It is actually the most striking manifestation of the development of the Western civilization.  One cannot ignore the inescapable conclusion that modern science and technology has provided us with a literal and physical capacity to completely destroy ourselves.  The threat to the very abode of our terrestrial sojourn is merely an indication of this capacity.

The modern civilization is characterized by its awesome mastery of the physical and natural forces, which throughout human history have bedeviled Man with distress and misery of every kind.  No longer helpless before the capricious might of untamed nature, modern man, having already subdued his whole terrestrial milieu, is now casting his covetous glances at the stars.  This unprecedented dominion over nature is a unique and singularly impressive feature of the modern, albeit Western, civilization.  Every other contemporary civilization tries to emulate the Western science and technology in its acquisition of the tools of this fearsome mastery.  Political ideology, religious persuasion, cultural heritage and historical traditions are all willingly sacrificed at the high altar of modernity.  Every contemporary society, it would appear, is scrambling for the spoils of the Western conquest of nature, unhampered by moral constraints of any kind.

Ironically, whereas the rest of the world is blinded by the dazzling display of Occidental might, the West itself is no longer sure of the fundamental moral forces of its civilization.  Faced with the enormity of problems confronting the world today – problems defying technical, i.e. Western, solutions – Western man is displaying every symptom of nerve failure.  The sheer impossibility of maintaining the wanton ethos of “progress and meliorism” forever has even shed an uncanny shadow of doubt on the ability of man to survive as a race on this planet.  The ominous foreboding of environmental calamity, perhaps the greatest peril facing mankind today, has also brought back the cardinal virtue of temperantia and the need for humility regarding today’s scientific jargon.  In short, gone today is the illusory sense of dominion, which man enjoyed during a short interregnum.  Gone, certainly, is yesterday’s confidence in the powers of Promethean man. 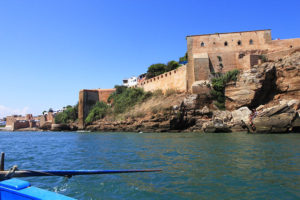 Man as a creature, is never found in a “state of nature”, for as soon as he becomes recognizable as Man, he is already in a state of culture.  Man’s strivings to impose his will upon nature, may therefore be construed as being essential to his constant struggle to remain in a state of humanity.  The way he reacts with nature, seeking dominion over it or propitiating it with votive gifts, thus, mirrors man’s very conception of himself and of the ultimate values he espouses.  Without doubt, human environment, the part of nature Man inhabits and fashions to meet his aspirations, reveals a great deal of a culture’s teleology and its overall world-view.  Ecological issues are, in the final analysis steeped deep in the moral and ethical consciousness of a culture. Ecology is, in fact, a part and parcel of religious Weltanschauung.

Recently, with the gradual awareness of the degradation of global environment, the following questions have repeatedly been asked: In which way is the present state of ecological imbalance indicative of the spiritual rootlessness of modern culture?  What are the metaphysical and philosophical roots of the environmental attitude that has brought modern civilization to the brink of disaster?  What is it in the Western man’s intellectual and spiritual heritage that distinguishes his view of nature and environmental ethics, from those of earlier and other contemporary cultures?  Is the depletion of natural resources and the deterioration of human environment merely the obverse side of the industrial society that has let out the genie of technological change and is now unable to control the unruly spirit?  Could the villain in the whole ecological drama be Man himself, who has bred too many of his own kind?  Perhaps the root cause of our environmental predicament is simply that all ethics hitherto were always considered to have to deal only with the relations of Man to Man.

Perhaps the root cause of our environmental predicament is simply that all ethics hitherto were always considered to have to deal only with the relations of Man to Man.

A very provocative answer to these questions was provided by Lynn White Jr, who put forward the thesis that the roots of our ecological problems are to be found in the Judo-Christian ethics. Man, in the Biblical tradition, White argues, is above nature.  He is a special creation of God and has been commanded to have dominion over nature: (to replenish the earth and subdue it and have dominion over the fish of the seas and over the fowl of the air and over every living thing that moveth upon the earth.) Christianity, White continues, sanctified Man’s conquest of nature and was instrumental in the engenderment of natural and physical sciences.  The emergence of science, technology, indeed the modern secular world, owes its rational to the Biblical Weltanschauung: nay, it is an essential fulfillment of Christian commitment.  Then White’s argument changes into an indictment and marks the specific contribution of its author, by sanctioning Man’s unrestricted conquest of nature.  Christianity, White believes, must take the blame for the environmental affliction of mankind because the roots of the present ecological crisis lay already in the first chapter of Genesis.  Having acquired this insight, White was bold enough to plead for the modification of the so-called “dominion ethics”, which misapplication has resulted in the present environmental debacle, and replacing them with what he called “Franciscan conservatism”.

The monotheistic crusade against the sin of idolatry, of nature worship, has also been dismissed as a Quixotian charge at the windmills because “it is doubtful that any such thing as idolatry has ever existed to any significant degree outside the perceptions – or misperceptions – of Judo-Christian cultures”.  Quite the contrary, “desacralized nature, our nature, lacking sacramental transparency, has become an idol, an objectivized reality held to be final and self-sufficient: the highest reality, the only reality”.  Nothing less than the whole prophetic tradition, from Abraham to Muhammad, stands accused for mankind’s present ecological distress!

Another remarkable feature of the environmental controversy over the “monotheistic debasement of nature” was that Islam – as usual – hardly figured in this discussion as if it were a religion from the moon and the living reality of one billion Muslims merely a statistical illusion.  It was taken for granted that “Islam, like Marxism, is a Judo-Christian heresy”, which had hardly anything original to contribute.  As for those who did spare a thought or two to the flowering of science in “Islamdom”, during the Western Middle Ages, the anomalous fact was easily and erroneously “explained away”.  The argument was that “the main content and attitude of Islamic science appear to be driven solidly from Greek sources”, and that “within the context of the present discussion, the case of Muslim science must logically lead to a direction opposite to that to which it is commonly supposed to lead”. 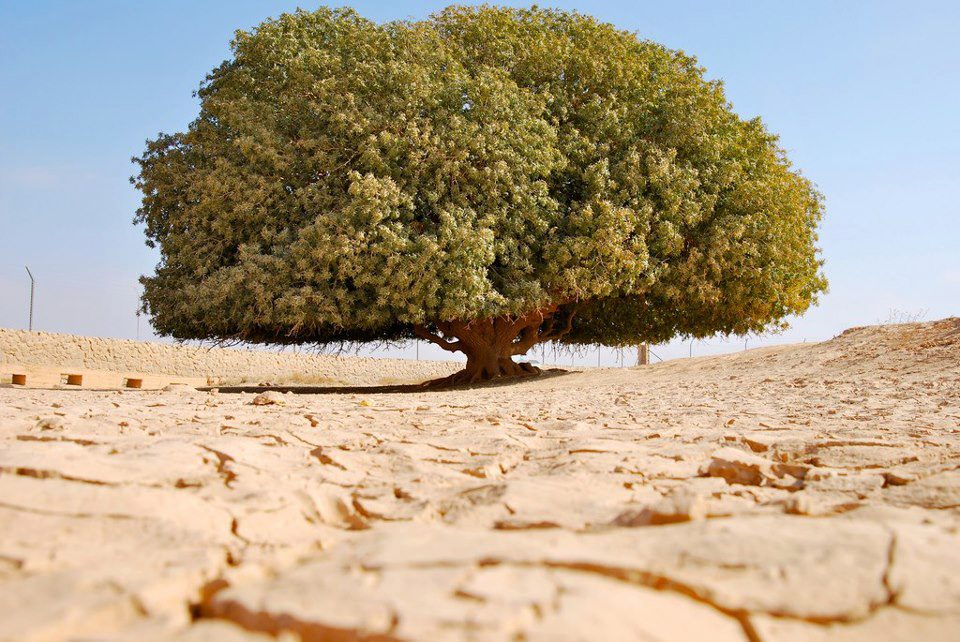 The whole subject of the relationship of Islam with natural science still awaits proper enquiry.  It cannot be entered upon here, but all the available evidence suggests that the scientific Weltanschauung of Islam was anti-classical.  If science in Islam did not lead to the same kind of development that transpired in the West, it is simply because it was never detached from values.  Other more tangible factors, quite naturally, did contribute towards the decline of natural sciences in Islam, but the main constraints were ethical.  In hindsight one could not regard this as merely unpropitious.

The role of religious consciousness in the formation of environmental attitudes, which is the vantage point of Islam, deserves as much consideration as any other.  There is no justification for assuming an identity of Qur’anic and Biblical stance on the subject, without enquiry and comparison.  Despite the common “monotheistic” vocabulary; God, creation, Man, history and revelation, the Qur’anic statement on Man’s ultimate purpose, and hence his relationship with nature, differs not only in tenor and syntax, but also in substance as well, from that of the Bible.  Nature and ethics are at the very core of Qur’anic Weltanschauung.  To infuse the natural world with transcendental ethics is the main purpose of Man, according to the Qur’an.

In fact, Man’s salvation or damnation ensues from his ability to assume moral responsibility in his natural milieu.  So central is the Qur’anic theme of the affinity of nature and ethics that even outsiders have not failed to notice it.  Actually the present ecological crisis has indeed made Islam a particularly relevant ethical tradition.  Once blinded by the dazzling haze of modernity, countless numbers of Muslims are now, thanks also to the ecological hindsight of the once improvident Occidental culture, rediscovering their own spiritual roots.  The whole philosophy of secular meliorism and its concomitant delusion of progress and prosperity forever, appear patently irrelevant when viewed in the light of the Qur’anic ethic of moral responsibility and moderation.  It is not accidental that Muslim intellectuals were among the very first who raised their voices against the abuse of nature, which was being perpetrated in the name of science and progress.

In the coming years, Muslim thinkers will, I believe, make their voices increasingly heard on issues pertaining to environment and values.  Their Islamic conscience, I believe further, makes them suitable partners in a debate, which until recently has been an internal Western prerogative.  At a time when the whole ethical tradition of monotheism being reviled for leading us to the present environmental cataclysm, truth demands that monotheistic “solutions” – even outside of Biblical tradition – be sought.  I believe Islam possesses such a monotheistic solution to mankind’s present ecological ills.
By  S. Parvez Manzoor