The Qur’anic Botanic Garden (QBG), a member of Qatar Foundation (QF), has launched its ‘Gardens of Al Andalus’ exhibition at the College of Islamic Studies of Hamad Bin Khalifa University (HBKU) at Education City.

Launched under the patronage of HE Sheikha Hind bint Hamad Al Thani, Vice Chairperson and CEO of QF, QBG will stage the Garden of Al Andalus from 15 April to 31 May 2018.

Created by the Islamic Culture Foundation (FUNCI) in Madrid, the Garden of Al Andalus exhibition falls within the framework of a Memorandum of Understanding signed between QBG and FUNCI earlier this year to preserve Islamic cultural history for future generations.

The exhibition is an expression of the peaceful coexistence among different cultures, showing respect for the environment and historical heritage through the display of achievements of a stage in the past, Al Andalus, which constitutes a scientific and cultural milestone and a reflection of one of the most fertile periods of history. 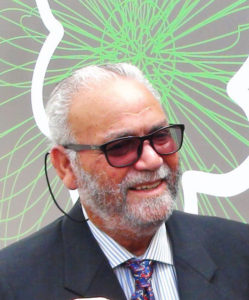 Marhaba interviewed Dr Cherif Abderrahman Jah, President of the Islamic Culture Foundation (FUNCI), from Spain. FUNCI is a Spanish NGO, with an international perspective. It specialises in the sustainable conservation of the cultural heritage of societies with a Muslim majority and ours in particular: the Spain of Al Andalus [Muslim Spain], a model of intercultural respect.

Through raising awareness of the culture of Al Andalus, FUNCI seeks to overcome the prejudice and ignorance that surround Islamic civilisation and Islam, which unfortunately often hinders peaceful coexistence between Muslims and Western societies.

Tell us about the Gardens of Al Andalus and their significance.

At the FUNCI Foundation, we have chosen, among other aspects, the symbolism of the Al Andalus gardens as a melting pot of influences and exchange, a space for peace and a meeting place. A place in which aspects such as poetry, spirituality, landscaping and science converge. Al Andalus was the perfect example of what historians have called the ‘Green Revolution’, with the acclimatisation on Hispanic soil of hundreds of botanical species destined for ornamentation, culinary uses and medicine. The Andalusian garden is a space for meditation and the gratification of the senses.

In addition, the garden is the perfect expression of the heights reached in Al Andalus, both in terms of architecture and engineering, through a wise management of water and numerous agricultural and horticultural techniques, many of them still in use in the present day.

What brings the exhibition to Qatar? 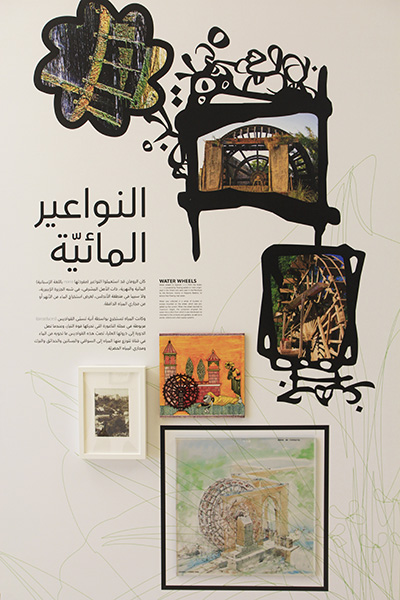 The exhibition has previously travelled to many other cities and countries before reaching Qatar. First it toured several Spanish cities, before visiting Morocco, Saudi Arabia, Syria, Lebanon and Kuwait. It has become one of FUNCI’s flagship exhibitions, and it is in great demand. However, on this occasion, ‘The Gardens of Al Andalus’ has been thoroughly updated and redesigned. It is being held at Hamad bin Khalifa University’s Faculty of Islamic Studies, which is part of Qatar Foundation’s Education City. The exhibition is being held in Doha in collaboration with Qatar Foundation’s Qur’anic Botanic Garden, one of the most distinguished members of our platform for conservation and development ‘Med-O-Med, Cultural Landscapes of the Mediterranean and the Middle East’, which covers 23 countries in the region.

Qatar is a well-established, prosperous country, which seeks to preserve its Islamic roots and its cultural references in spite of the demands of modernity. It has made great efforts to develop key aspects such as culture and education. For this reason we consider it vital that we share this part of our history, particularly in these difficult times. It is imperative that we point out that the roots of such a brilliant period arose on the Arabian Peninsula, the Cradle of Islam. Through this exhibition we intend to spread the same message that originated in Arabia, uniting hearts beyond prejudices and borders.

What does the exhibition tell us about Islamic history and how to preserve it? 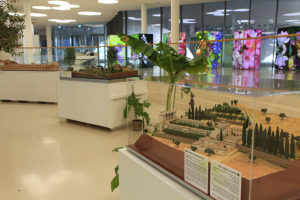 As I mentioned earlier, ‘The Gardens of Al Andalus’ represents one of the most brilliant periods in the history of Islamic civilisation, and the only one to have occurred on European soil, which makes it even more significant. Thanks to the enormous scientific achievements which were made, it laid the foundations for the Italian Renaissance, a fact that is not widely known or appreciated. In this exhibition we can learn, for example, that botanical gardens, so necessary as a teaching tool and the conservation of biodiversity, did not actually originate during the Renaissance, as is generally thought, instead they had existed in Muslim Spain since the 10th century.

The works on agronomy that were written in Al Andalus, such as those of Al Tignari, Ibn Luyun and Ibn Al Awwam, were unequalled during the Middle Ages, and some continued to be studied in European universities up until the 17th century.

The exhibition is therefore a perfect showcase for the splendour of Islamic civilisation, and it demonstrates what a correct application of Islam is capable of achieving.

How does the exhibition try to inspire peaceful coexistence?

In these gardens, the water, the shade, the aromas and the colours of the flowers create an idyllic atmosphere and invite one to meditate and reflect on the greatness of Creation, in an earthly version of the Paradise Garden described in the Holy Quran. This produces a sense of inner peace, not only among Muslims but among all who enter. And inner peace in turn calls for coexistence and generosity with others.

In what way does the exhibition promote sustainable development and environmental responsibility?

Many of the aspects addressed, especially in relation to the responsible management of water, the acclimatisation of new botanical species for food and for medicinal uses, as well as clever grafting techniques and other agricultural practices, exemplify the environmental awareness and love for nature advocated by Islam.

Why are exhibitions like the Gardens of Al Andalus important? 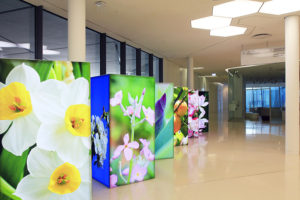 These kinds of informative exhibitions, through being based on rigorous research, are useful in combating ignorance with respect to Islamic culture, and culture in general. They serve, in this case, both to educate non-Muslims as to the heights of development reached by the Islamic civilisation on European soil, as well as Muslims themselves, who ought to be proud of their heritage.

Such exhibitions are especially important for the education of children and the young, and they help them learn through reading and by using their senses, in a fun, unusual way.