Presentation made by Mr. Amr Moussa Secretary General of the League of Arab States of the Report and Conclusions of the First International Atman Encounter 2005

Let me thank Atman Foundation for inviting me to present the report of its first International Encounter that was celebrated in Madrid on October 28th 2005 around “Dialogue among Cultures and Religions”. I was keen to participate in that important Encounter but unfortunately was unable due to certain political events and commitments.  Nevertheless, I have gone through the report and its conclusions. I must say I was impressed by the quality of the dialogue and the calibre of arguments, in particular, the self-criticism voiced and the serenity of the panellists´ discourse.

The focus of the debate on Religion and Government, on Inter-Culturalism and Development and finally on Education as an Answer was in my opinion so fitting. The debates that have followed each of the three sessions demonstrated the good will of the academics, politicians, writers, poets, priests, rabbis, Imams, physicians… that have interacted in good faith to find out solutions for the problems from which our sad world is suffering. I think that Atman Foundation has put itself on the right track in dedicating its mission to foster dialogue among civilizations and cultures. This one day encounter has proved that civil society institutions are capable in helping in the process of dissipating fear from, and ignorance of the other. 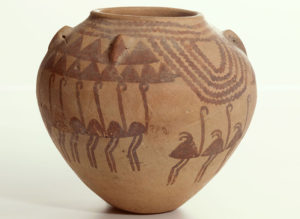 As we are dealing here with dialogue among civilizations and cultures I would seize the opportunity to hail the initiative of Prime Minister Jose Luis Rodriguez Zapatero of forming an alliance of civilizations, which he launched on September 2004 at the 59th UN General Assembly and then in Algiers on March 2005 Arab Summit. This initiative was endorsed by the UN Secretary General who has formed a high level group to handle and implement this initiative.

The League of Arab States has immediately supported the initiative. Mr. Zapatero was invited to the Arab Summit that took place in Algeria on March 2005 where his address was cordially welcomed and supported by all Arab leaders.

It is evident that both dialogue and Alliance among civilizations are necessary. The dialogue is the means and the alliance is the objective. Some people may ask alliance against whom and what? It is obvious that it is against those loud voices miracle seeking, blood thirsty… those who call for conflict and provoke violence in the name of religion.

It is evident that both dialogue and Alliance among civilizations are necessary. The dialogue is the means and the alliance is the objective. Some people may ask alliance against whom and what? It is obvious that it is against those loud voices miracle seeking, blood thirsty… those who call for conflict and provoke violence in the name of religion.  They are from different corners of the world, in all religions…you can call them violent fundamentalists or whatever. It is also against actions susceptible of offending human dignity and obstructing the achievement of peaceful coexistence and prosperity in our global village   .

In my opinion, this distinguished initiative represents the incarnation of the spirit of tolerance and conviviality of the Spanish people with their unique history enriched by diverse cultures. It addresses the issues that feed division and extremism in this relationship. Finally, it asserts the fact that civilizations are not  mutually exclusive and diversity is recommended and should be respected.

But let me add here that the issue of clash or alliance of civilizations has a highly recommended part as a general line of philosophy, even a line of policy for the general framework of international relations.  From this stand point comes the value of the initiative of alliance among civilizations and also comes the criminality of policies pushing for clash of civilizations.

I must say that what we are suffering from is not exactly a clash of civilizations, but a clash with Islam….to be specific and to call a spade a spade.  It is a clash between the west and Islam.  There is a lot to be said here.  But a dialogue should be the order of the day.

True, it takes two to tango, but it also takes two – at least- to quarrel, and there is a quarrel.  Islam is one party….Is the west the other?  I would say no, but certain western conservatives are certainly the other party.  I do not absolve our side, the Muslim side, of responsibility.  Therefore we should have resorted back to dialogue before reaching this stage of reciprocal accusations that led to creating upsetting atmosphere between the two sides.

A “Dialogue among Cultures and Religions”

Now, I will try to lay down some ideas about the Atman Encounter that was focussed on “Dialogue among Cultures and Religions”. 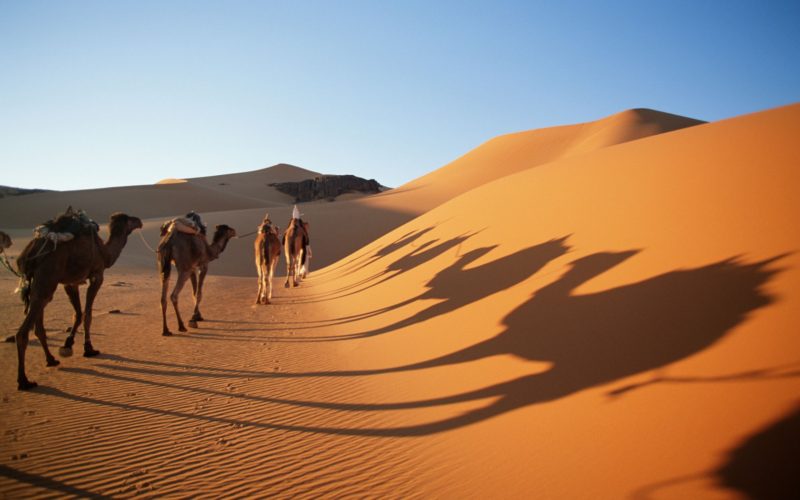 Different scenarios and viewpoints were on the table. Some panellists were totally against any state religion. Others were for a middle way where there could be cooperation between governments and religions. The participants were keen to find out universal values were differences whatever they may be do not translate into any inequality of rights and duties. According to them all citizens including immigrants and different religious communities should be equal and all forms of exclusion should be omitted.

While discussing Religion and State some panellists have evoked the problem of terrorism and whether it is due to religious, cultural or socio-economic factors. It was correctly stated that terrorism should be considered as a symptom and that our attention should be focussed on the root-causes that lead marginalized people to act violently. It goes without saying, we cannot fight evil with evil.

The question of whether Islam is compatible with Democracy was raised. I definitely believe Islam is compatible with democracy. Furthermore, it has nothing against modernization and above all it is based on the respect of the other. The participants have considered that all religions, and not only Islam, have a political dimension that needs to be debated in common. On the issue of Christian Europe and its Muslim reality they have recommended that Europe should understand that a pluralistic society has to be prepared to integrate new religious faith.

Migratory Movements were equally one of the most important issues that were discussed extensively in the framework of the gap between the north and the south and the world wide imbalances. Migratory flows were considered among the causes of conflict in modern societies. The remedy to this worldwide problem, according to the panellists, would be to engage in an equitable dialogue between all affected and interested parties.

As for Interculturalism and Development, which constituted the theme of the second session, the panellists have considered that the recognition of the other and of the universal shared values should be the starting points.

The European panellists have exerted responsible self criticism when they brought into question the European identity. They have asked themselves how Europeans could engage a dialogue with their neighbours while they are not clear about their own identity. I really find this question of identity essential and could equally be raised for other regions of the world including the Arab world..

The issue of democracy has been raised again, but this time in relation to development. And the main questions were: if development could be achieved without democracy, and if it could be imposed on other nations.

The panellists have once more recommended that development and peace could not be brought to the world without an equitable dialogue. In that respect, they have asserted there in that social and economic differences are more significant than the clash of cultures. In order to reduce these differences the process of globalization should be humanized to assure more equitable distribution of world resources.

In the third session “Education as the Answer” very interesting matters were dealt with: The challenge of a globalized world; a new education model for a new reality; dialogue from the point of equality; religion in school as an academic pursuit and finally inequality, poverty and injustice.

The panellists have asserted that the greatest challenge facing our world is the clash of ignorances and not the clash of civilizations. They have recommended the creation of a new literacy capable of providing the knowledge of oneself and of the other in order to live in harmony in a globalized world. To achieve that, investing in education should be an utmost priority for all nations. 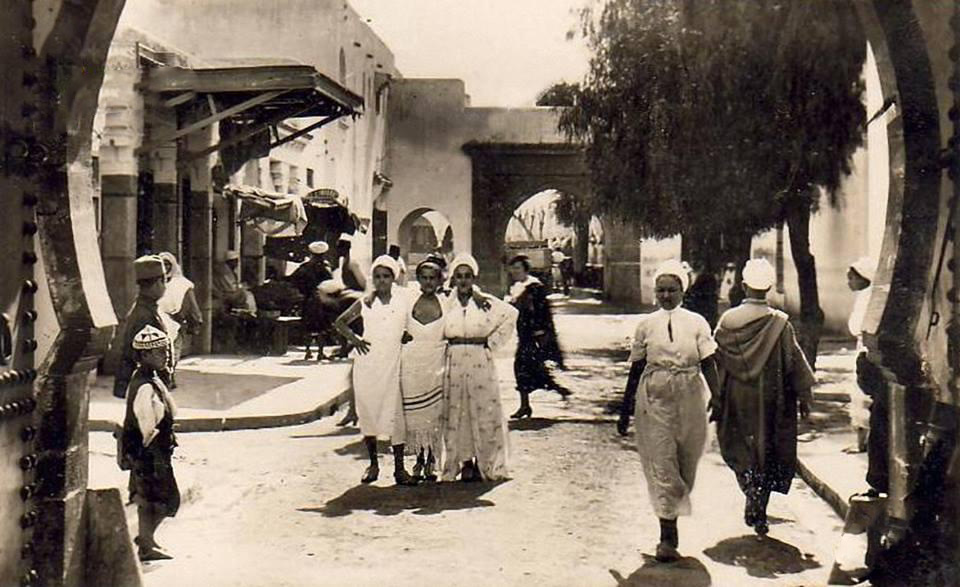 Aware of the vital role of education as a remedy to the actual problems from which we are all suffering, I have presented to the latest summit of the Arab League held in Khartoum last March a report about education in the Arab World. The summit has adopted a resolution recommending the creation of a high level group to study the actual status of education and educational institutions in order to come up with pertinent proposals to improve education qualitatively. I know that this is a heavy task that we should share with civil society Institutions in order to implement this project in the best possible way.

The panellists have furthermore singled out the knowledge of History as a must to combat ignorances. History if taught in the appropriate way will definitely eradicate fear and misperception of the other. Of course, how the truth is seen by different parties and how each party understands its history and the history of others is a big problem. Meanwhile it’s worthwhile exerting all our possible efforts in common to establish a strategy that handles this important issue.

Before concluding this presentation, I would like to underline the very interesting definition of dialogue and the terms of reference established by the panellists in the third session:

A dialogue should depart from equality.

The engaged parties should observe self criticism with ones own culture.

Any party has the right to differ with the other because dialogue should be heterodox.

A dialogue should raise difficult questions.

I totally agree that these are the sine qua non conditions for respect towards others.

It has been a great pleasure for me to be here with you today at the Atman Foundation with whom the League of Arab States is sharing the same concerns. I know that there are no ready made solutions and each country and each region of the world has its own specific problems. Together we certainly could overcome the challenges facing our societies and our world.