ISESCO, an institution under the authority of the Organisation for the Islamic Conference, has declared the Syrian city of Aleppo Cultural Capital for 2006 throughout the Muslim world.

On the occasion of this appointment the Islamic Culture Foundation  (FUNCI), headed by Cherif Abderrahman Jah, its President, shall be present in the city of northern Syrian within the project entitled Andalusian Gardens of Aleppo, scene for an encounter. The aim of the project is to highlight and promote cultural links which throughout History have brought Spain and Syria together.

To this end the Spanish-Arabian garden has been chosen as a historic space for an open, multicultural meeting ground which hosts both technical issues as well as scientific and landscaping influences from East and West.

It will thus be possible to partly recover the fruitful exchange which allowed Syria and Spain to be part of the same civilisation at a given stage in History.

Andalusian Gardens of Aleppo thereby aims at bringing the past to the fore while launching a joint forward-looking activity. 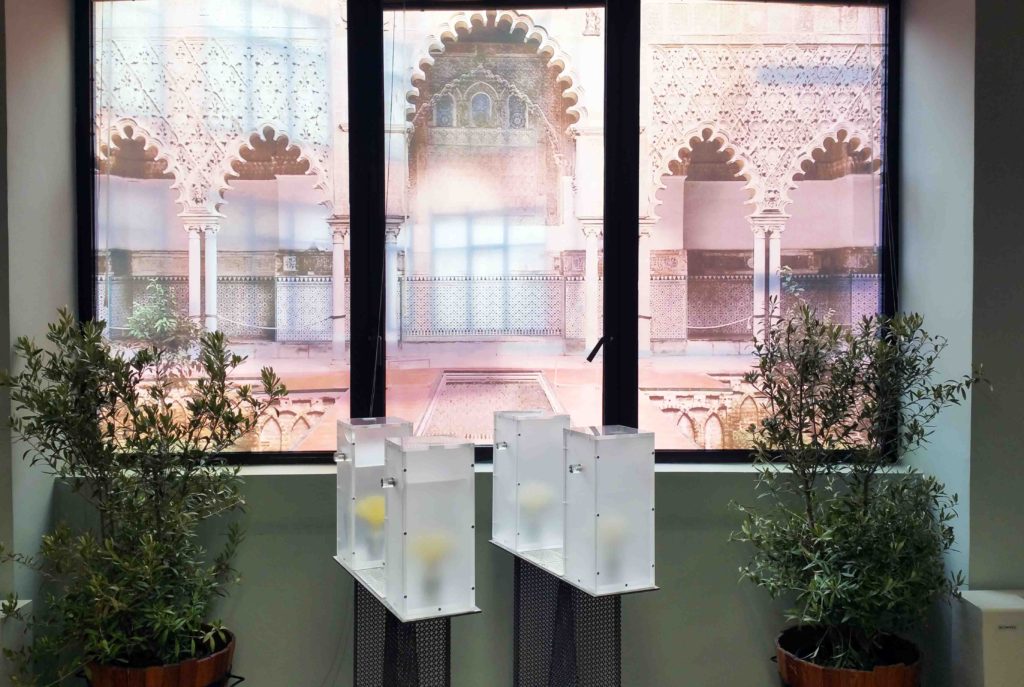 The project includes the exhibition entitled The Andalusian Garden, almunias, orchards and courtyards, which has been translated into Arabic and which will be formally opened on July 12, 2006, in Aleppo. Another activity also included in the cultural project is the recreation of a garden in the Spanish-Muslim style placed within the park located in the city centre, which will feature a living walk-through featuring scientific commentary and an interpretation centre which will also offer workshops related with botanic studies, history and landscaping.

Andalusian Gardens of Aleppo will in this way become part of the city’s touristic and cultural wealth and shall also offer educational and scientific contents.

Architect Dolores Robador and botanist Benito Valdés, both from the University of Seville and co-operators with FUNCI, are responsible for recreating and designing the garden. The Aleppo Municipal Authority has granted FUNCI an area of 2,500 metres within the public park of al Mashtal.

The exhibition “The Andalusian garden, almunias, orchards and courtyards”, has previously been seen in several Spanish cities and enjoys the collaboration and sponsorship of the Spanish Ministry of Culture and Education, Municipal Government of Cordova, the Instituto Cervantes, the CSIC, the Board of Directors of Alhambra and Generalife, and Acciona-Trasmediterránea, among other institutions and authorities.

The project also includes a virtual exhibition available on Internet in the Centro Virtual Cervantes web page, part of the Instituto Cervantes.

According to tradition it was in the citadel of Aleppo that the Prophet Abraham, father of the three monotheistic religions, rested during his voyage to Palestine, milking his herds and sharing out the milk among the poor. The name Aleppo derives from the transcription of the Arabic word “halab”, meaning “milk”. The city was the seat for emirs and sultans such as the well-known Saladin (13th century), and an intellectual court where patrons protected scientists and poets such as al Mutannabi.