The exhibition entitled Science in the World of al-Andalus has opened on July 22 in Vila-seca (Tarragona, Spain) under the joint sponsorship of the Islamic Culture Foundation (Fundación de Cultura Islámica, FUNCI) and the Fundaciò “La Caixa”.

This is a roving exhibition which has already been brought to several cities in Spain and is curated by Cherif Abderrahman Jah, President of FUNCI. Together with the exhibition Aromas of al-Andalus it is part of the program of activities jointly promoted by FUNCI and the Fundaciò “La Caixa”, close collaborator with FUNCI for a number of years.

As Cherif Jah explains during the exhibition’s presentation in Cordoba:

“Many wise men have left us an immense scientific legacy from the days of al-Andalus, not always recognized for it true value, which explains why we wish to pay tribute to those peoples of al-Andalus who made science their life’s work and thus helped improve all our lives”.

Al-Andalus was part of the Islamic World whose capitals were successively Damascus and then Bagdad. However, halfway in the 8th century the government of al-Andalus, led by a Damascus-born Omeyyad prince, Abderrahman I, al-Dajil (“The Immigrant”), became politically independent of Baghdad, thus breaking with any authority based in the Middle East and with the then-reigning Abbasid dynasty. Nonetheless, solid relations were retained in the areas of culture and religion, and especially through the Arabic language, the true common link to all Islamic societies.

The Bayt al-Hikma (“House of Wisdom”) was founded in Baghdad under the patronage of the Abbasid caliph al-Ma`mun (9th century). This Centre of knowledge responded to the thirst for knowledge typical of Islamic society. Its establishment made several hadiths, or prophetic traditions come true. The hadiths recommended: “Search for knowledge from the cradle to the grave”, or “The search for Science is the duty of all Muslims”.

The House of Wisdom in Baghdad

The House of Wisdom launched a school of translation Ander the leadership of Chaldaean-Iraqi Hunayn Ibn Ishaq (9th century), which began work on translating texts on astronomy, medicine, mathematics, mechanics, agriculture and botany from sources in several languages – Sanskrit, Copt, Persian, Greek and Syrian – to Arabic, which was the official language of knowledge throughout the Islamic world. Caliph al-Ma´mun paid these translations their weight in gold, which resulted in large margins and wide spaces between the lines of text.

These centers of knowledge and their libraries were often visited by truly wise Islamic men, al-hakim, from the various regions of the Eastern Muslim World (Arabs, Persians, Iraqis, Syrians, Egyptians) who held universal knowledge that included all the sciences, from Mathematics and its subdivisions of Geometry and Astronomy to Medicine, Optics or Philosophy, as well as Astrology.

The House of Wisdom of Bagdad was also responsible for the translation of ancient Persian and Greek medical Works (School of Gundisapur, works by Hippocrates and Galen). Muslim doctors contributed their Islamic concept of the nature of mankind and the causes of health, together with observation-based experimental practice.

A number of major figures appeared, such as al-Kindi from Kufa and the Persian al-Razi (9th century) along with Ibn Sina from Bujara (Avicenna) (10th-11th centuries), who built on and extended Greek-Persian work and made major inroads in the pathology of many diseases by means of experimental practice. They also authored encyclopedic works such as al-Razi’s Kitab al-Mansuri adn Avicenna’s al-Qanun, texts which for centuries remained standards for consultation both in the Islamic and in the mediaeval Latin worlds. Al-Razi wrote a treatise on smallpox and chickenpox and remedies for their prevention while Ibn Sina described diabetes and hypoglycemic coma in his “magnum opus” and recommended a homeopathic remedy based on cedar and fenugreek (alholva) seeds, among other leading medical research texts. 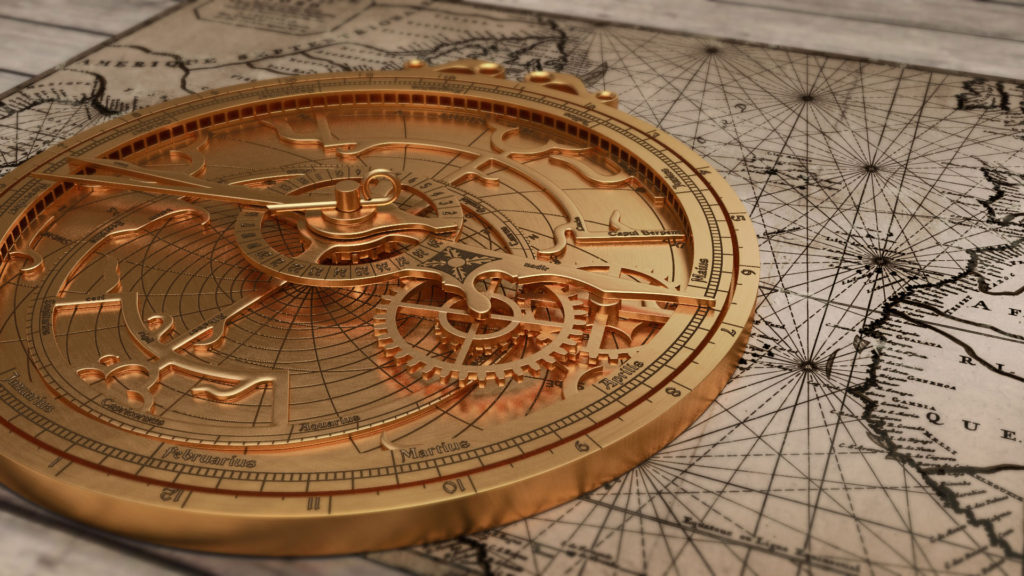 Physicist Ibn al-Haytam from Basora (Alhacén) (19th-11th centuries) developed Optics in his work al-Manazir, in which he formulated the revolutionary theory that Light rays travel from objects to the seeing eye and not the opposite, as Aristotle and Euclid had stated. Ibn al-Haytam also discovered the laws of refraction which proved the material nature of light, thus foreseeing what we today know as “corpuscular theory”. He described the anatomy of the eye (retina, cornea, aqueous humor…) and provided a scientific explanation to the seeing process. He was one of the first to describe the principles of the camera obscure (bayt muzlim) by building a dark box with a small pinhole on a wall which, when a light was shined through, projected an inverted image of the outside object. This constitutes the forebear of today’s photographic camera. His great work was translated in the 12th and 13th centuries into Latin under the title Opticae thesaurus, which played a major role in the mediaeval European world and influenced Renaissance scholars such as Leonardo da Vinci.

Islamic researchers were particularly interested in Astronomy given that it studies the skies and is an example of the divine nature of Creation.

By observing the stars they were capable of determining the basis upon which to calculate time: the time of day and the hours of the day, in order to determine the times for Muslim prayer and the direction towards Mecca (the qibla), which showed the direction of prayer. They also calculated the Islamic lunar calendar, especially important in establishing the beginning of the month of fasting, known as Ramadan.

This field of science also witnessed the appearance of astronomers-mathematicians such as al-Battani from Harran (10th century), who established the duration of the solar year, and Persians al-Jwarizmi and al-Biruni (9th and 10th centuries) from Jwarizm, who developed Mathematics on the basis of Indian, Persian and Greek. al-Jwarizmi acted as a bridge for the transmission of the knowledge of numerals into the Western world, especially the Indian base-10 system, which resulted in the transmission of the decimal system.

The development of Astronomy led to the use of the astrolabe (astrolabe) or stereographic projection of the celestial dome on the plane of the equator based on the formulations established by the Greek philosopher Ptolemy (2nd century). This instrument was necessary to measure the angle of stars and planets over the horizon, to calculate hourly angles, the times of sunrise and sunset, and the position of the Sun along the lines of the Zodiac.

A Wide range of treatises on the astrolabe have been written in the Islamic East and a large number was manufactured, particularly the 9th-century Ali ibn `Isa al-Asturlabi (“the constructor of astrolabes”) from Harran (Mesopotamia)

Acceptance of science in al-Andalus

As mentioned above al-Andalus was an undoubted part of the Islamic world which culturally evolved under Eastern Islamic teachers, and although the political relations of the Omeyyad rulers of Cordova with the Abbasid dynasty of Bagdad were not ideal there was a constant, permanent relationship as a result of the large number of Andalusian travelers who crossed the Mediterranean from West to East.

Their main objective was to complete their pilgrimage to Mecca (the Hajj), but, once that was completed, they extended their trip to visit Cairo, Damascus, Baghdad and other cultural cities in the Islamic world. There they had the possibility of coming into contact with the great masters in various disciplines, including the mystical masters, and took the opportunity to purchase books, such as the latest scientific developments, in the numerous book markets in those cities. The books were then brought to al-Andalus and incorporated to the major libraries, including that of caliph al-Hakam II in 10th-century Cordova, which held more than 400,000 books.

With time the Andalusian students surpassed the work of many of their Eastern masters, developing their own theories and increasing the amount of knowledge. Centuries later the majority of this leading Andalusian work was translated to Latin and the Romance language by King Alfonso the 10th, The Wise, in the Toledo School of Translation, and from there it spread and became valued throughout Europe.

The role of science in the Andalusian world 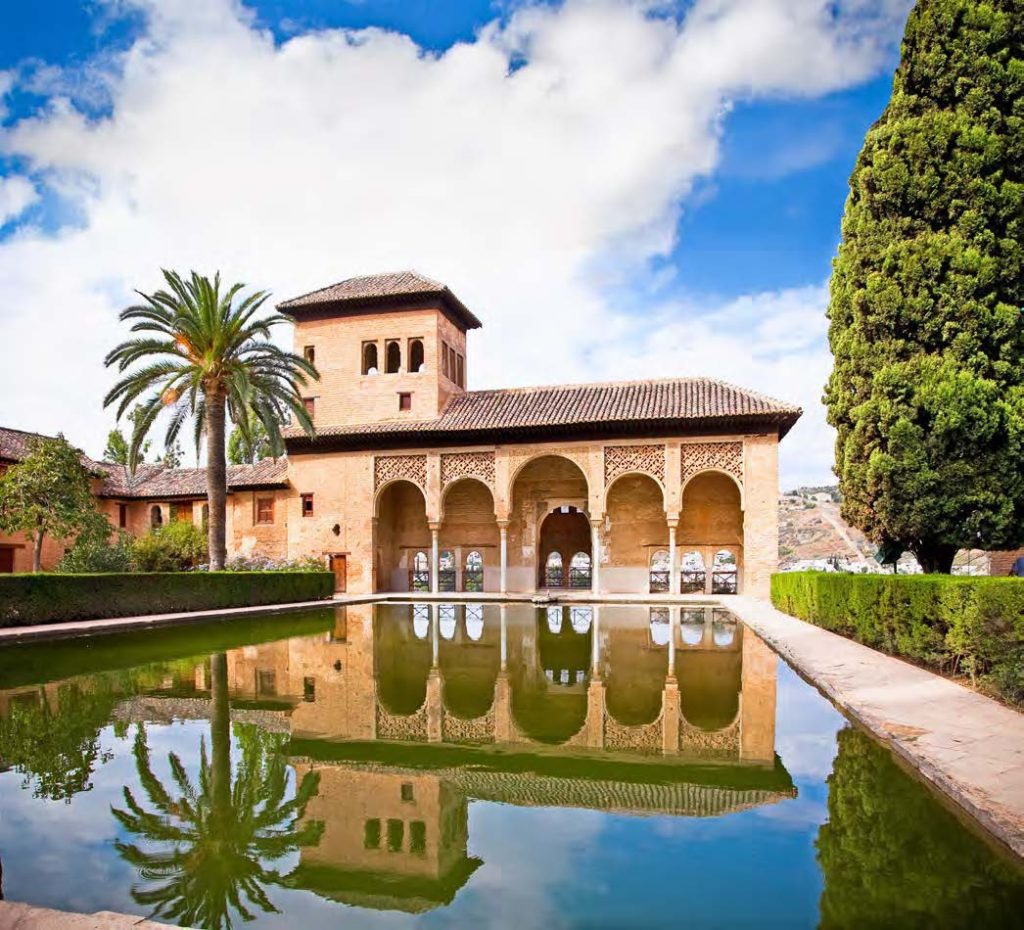 Through the more than seven centuries of its existence as a territorial unit al-Andalus witnessed the growth and development of the various fields of science from the work of Andalusian scientists, born in the Iberian peninsula. Masters, schools and the many disciplines had their respective moment of splendor al different times. Science, spaces, eras and protagonists, each in their own section of the exhibition:

Luxury technology as seen in clepsydras (water clocks) and automata was common in palaces and represented the vanity of political power.

Astronomy or Science of the Shape of the Heavens enjoyed royal patronage but developed in the studies and observatories belonging to masters and pupils, and created a number of leading schools. Its younger sister science, Astrology, was not truly accepted by Islam but was the subject of strong demand by the powerful and became very popular both in the Islamic and in the mediaeval Latin worlds. Mathematics developed and grew alongside Astronomy.

Medicine and Pharmacy, also with the support of the caliphs, developed jointly and in the surroundings of Royal Libraries and Botanical Gardens where it was possible to both study and experiment with new drugs. Together with these two disciplines the heterodox Alchemy was limited to secret, enclosed spaces in the search for the Philosopher’s Stone or Elixir of Life (al-iksir).

Agriculture was one of the areas of activity which acted as a driver of the Andalusian economy. What was much later known as the “Green Revolution” was the source of acclimatization of new crops brought from the East and led to major developments in botany. Irrigation networks increased significantly and multiplied production to the point that it became possible to export surpluses both the Islamic world and to Christian kingdoms.

Architecture resulted from a deep knowledge of Geometry, which led to a blend of visual and light effects through the use of beautiful decoration, water, light and gardens by Andalusian master builders.