It is necessary to remember nowadays the Amman Message.

‘The best resource for those who wish to travel along the straight path in their words and their actions, and in their spiritual and religious life’.

— The Grand Shaykh of the Azhar, Shaykh Mohammed Sayyid Tantawi (may God have mercy on him), 2006. 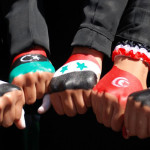 The Amman Message started as a detailed statement released the eve of the 27th of Ramadan 1425 AH / 9th November 2004 CE by H.M. King Abdullah II bin Al-Hussein in Amman, Jordan. It sought to declare what Islam is and what it is not, and what actions represent it and what actions do not. Its goal was to clarify to the modern world the true nature of Islam and the nature of true Islam.

In order to give this statement more religious authority, H.M. King Abdullah II then sent the following three questions to 24 of the most senior religious scholars from all around the world representing all the branches and schools of Islam: (1) Who is a Muslim? (2) Is it permissible to declare someone an apostate (takfir)? (3) Who has the right to undertake issuing fatwas (legal rulings)?

Based on the fatwas provided by these great scholars (who included the Shaykh Al-Azhar; Ayatollah Sistani and Sheikh Qaradawi), in July 2005 CE, H.M. King Abdullah II convened an international Islamic conference of 200 of the world’s leading Islamic scholars ‘Ulama) from 50 countries. In Amman, the scholars unanimously issued a ruling on three fundamental issues (which became known as the ‘Three Points of the Amman Message’):

These Three Points were then unanimously adopted by the Islamic World’s political and temporal leaderships at the Organization of the Islamic Conference summit at Mecca in December 2005. And over a period of one year from July 2005 to July 2006, the Three Points were also unanimously adopted by six other international Islamic scholarly assemblies, culminating with the International Islamic Fiqh Academy of Jeddah, in July 2006. In total, over 500 leading Muslim scholars worldwideâ€”as can be seen on this website [click here to see the entire list] unanimously endorsed the Amman Message and its Three Points.

This amounts to a historical, universal and unanimous religious and political consensus (ijma’) of the Ummah (nation) of Islam in our day, and a consolidation of traditional, orthodox Islam. The significance of this is: (1) that it is the first time in over a thousand years that the Ummah has formally and specifically come to such a pluralistic mutual inter-recognition; and (2) that such a recognition is religiously legally binding on Muslims since the Prophet (may peace and blessings be upon him) said: My Ummah will not agree upon an error (Ibn Majah, Sunan, Kitab al-Fitan, Hadith no.4085).

This is good news not only for Muslims, for whom it provides a basis for unity and a solution to infighting, but also for non-Muslims. For the safeguarding of the legal methodologies of Islam (the Mathahib) necessarily means inherently preserving traditional Islam’s internal ‘checks and balances’. It thus assures balanced Islamic solutions for essential issues like human rights; women’s rights; freedom of religion; legitimate jihad; good citizenship of Muslims in non-Muslim countries, and just and democratic government. It also exposes the illegitimate opinions of radical fundamentalists and terrorists from the point of view of true Islam. As George Yeo, the Foreign Minister of Singapore, declared in the 60th Session of the U.N. General Assembly (about the Amman Message): “Without this clarification, the war against terrorism would be much harder to fight.” 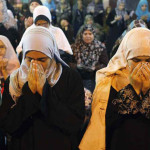 Finally, whilst this by the Grace of God is a historical achievement, it will clearly remain only principial unless it is put into practice everywhere. For this reason, H.M. King Abdullah II is now seeking to implement it, God willing, through various pragmatic measures, including (1) inter-Islamic treaties; (2) national and international legislation using the Three Points of the Amman Message to define Islam and forbid takfir; (3) the use of publishing and the multi-media in all their aspects to spread the Amman Message; (4) instituting the teaching of the Amman Message in school curricula and university courses worldwide; and (5) making it part of the training of mosque Imams and making it included in their sermons.

There is no good in much of their secret conferences save (in) whosoever enjoineth charity and fairness and peace-making among the people and whoso doeth that, seeking the good pleasure of God, We shall bestow on him a vast reward. (Al-Nisa, 4:114).