The Med-O-Med Network of Botanic Gardens was created in 2009 by the Islamic Culture Foundation, within the “Med-O-Med, Cultural Landscapes of the Mediterranean and the Middle East” framework. Throughout History, Muslims have created beautiful gardens for its enjoyment, examples can be found in Spain, Syria, Turkey, Iran and the Maghreb. They also set up outstanding plantations and orchards, not only to harvest their crops but also for the purpose of experimentation and acclimatisation, especially in al-Andalus. These were the forerunners of the Renaissance botanic gardens.

This “green revolution” led to intensive cultivation of species that were to revitalise the economy, enriching gastronomy and expanding pharmacopoeia and the textile sector.

However, nowadays, all of the Mediterranean countries are facing environmental problems – water shortage, depleted natural heritage, pollution and under-developed rural areas. The botanic gardens of the Southern and Eastern Mediterranean countries do not have enough economic resources to contribute to the conservation of biodiversity or to carry out researches to benefit the whole area. There is no specific legislation, nor are there plans to promote awareness or to offer a training to the general public. 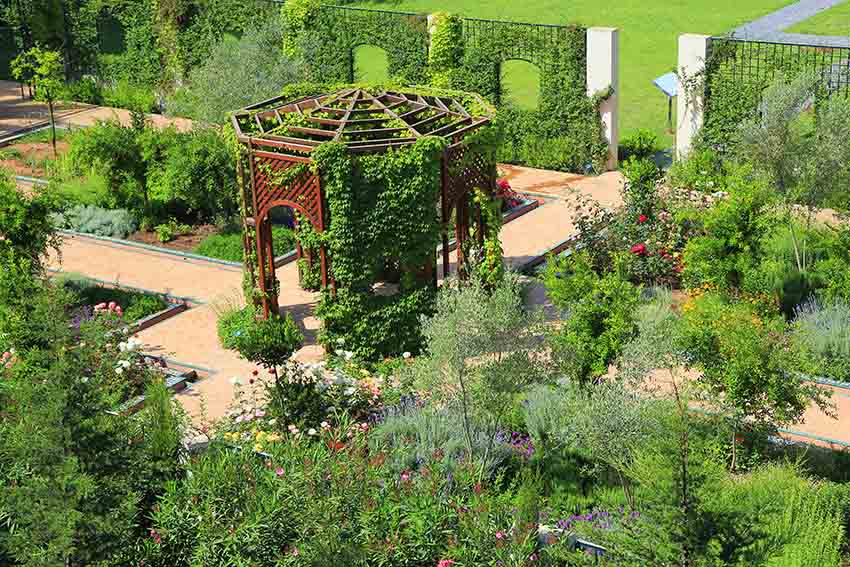 The very small number of botanic gardens in the Mediterranean and Middle East is insufficient to meet the needs of in-situ and ex-situ conservation of flora and phylogenetic resources. The Med-O-Med, Network of Botanic Gardens in the Mediterranean and the Middle Eastenables environmental and cultural agents to join forces to increase the number of activities and exchanges in the fields of conservation, research and education in this part of the world.

By setting up the Network of Botanic Gardens, the Islamic Culture Foundation seeks to recover the scientific, conservationist spirit that is inherent in Islamic civilisation.

The project, which has already been launched in several countries, focuses on the following aspects: