The Islamic Culture Foundation (FUNCI), in collaboration with the Spanish Ministry for the Environment and for Rural and Marine Affairs and with IUCN-Med, is holding from 7 to 9 October in Granada (Spain) the 1st International Seminar on The experience of Al-Andalus: a model for the conservation of the Biodiversity.

This Net is part of the broader programme, Med-O-Med. Cultural Landscapes of the Mediterranean and Middle East.

This programme, apart from the network of botanic gardens, includes one area for cultural heritage, another for sustainable development and another for education and training in these regions. 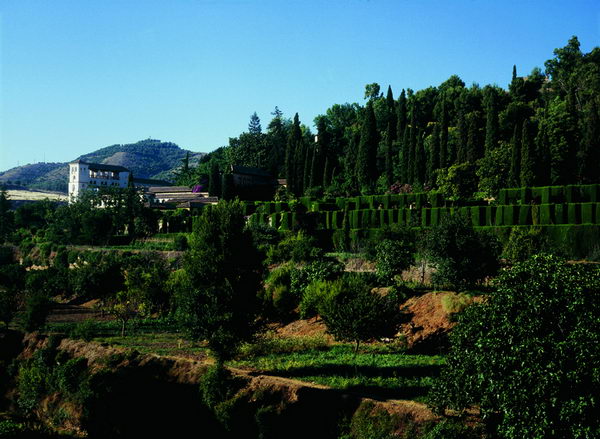 The experience of al-Andalus

The Hispano-Muslims of al-Andalus created gardens in which they grew plants for “for the recreation –tasliya– of the eyes and the sense of smell, or as decoration, the best-known being those planted in orchards –basatin-” (Ibn Luyun, 14th century).

The results of this experience of Mediterranean gardening were first seen during the Omayyad emirate, becoming consolidated during the Caliphal period in Cordoba. Fine examples are the Arruzafa gardens on the banks of the Guadalquivir in Seville and the gardens at the palatial city of Madinat al-Zahra. 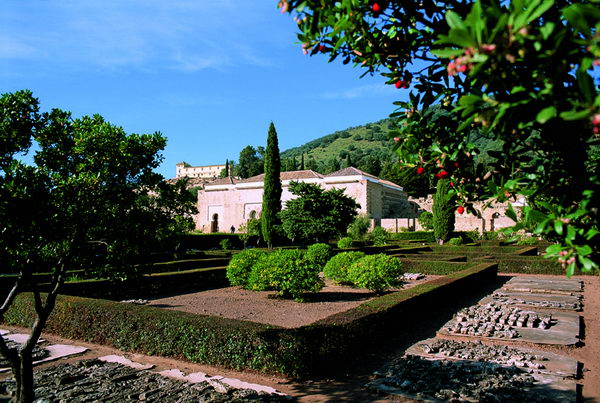 This style of gardening then spread throughout al-Andalus, especially Ronda, Málaga, Guadix, Almería, Toledo and Seville. During the Nasrid kingdom, it reached its peak of splendour in the Alhambra, Generalife, and the surrounding orchards, palaces and gardens.

All these examples show that both native and exotic species were grown, many of them transferred from eastern regions of the Mediterranean, or from North Africa and the Near East. In addition to their ornamental value, these species were appreciated for their fruit, wood, resin and medicinal properties. 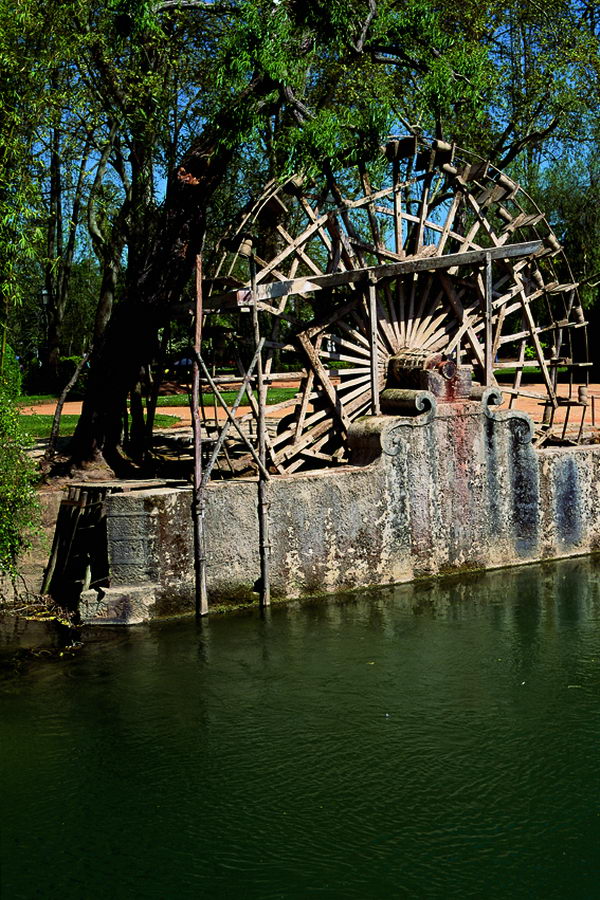 Aesthetic values were thus combined with utility, with many plants being acclimatised for agricultural or therapeutic purposes. They were generally grown in orchards in which production went together with a design created to please the senses. These gardens and orchards were sometimes planned to enhance the power and nobility of their rulers and over time reached high standards of beauty and complexity, providing one of the most exciting chapters in the history of gardening.

The gardens of al-Andalus were the result of great cultural wealth and high levels of technical and scientific know-how, not only regarding cultivation but also and especially water management, biological pest and disease control and the balanced use of soil and natural fertilisers.

Today this management method would be described as ‘organic’. It also fits in perfectly with today’s commitment to the correct use and preservation of biodiversity and the sustainability criteria that govern the modern paradigm for relations between human beings and natural resources.

Botanic gardens play an important role in the preservation of plant species that are unusual or are at risk of extinction. According to the IUCN Red List, over 10,000 species are at serious risk. This is practically one third of those that exist in the world, and almost the same proportion as are grown today in botanic gardens, which have thus become focal points for our planet’s plant diversity.

Botanic gardens play an important role in the preservation of plant species that are unusual or are at risk of extinction.

Plants and seeds that are preserved in germplasm banks, many of which are associated with botanic gardens, contribute to the development of programmes to recover species at risk and, in the long term, provide a genetic reserve of great strategic interest for humanity and for every one of the towns and nations that house this biodiversity.

The importance of Botanic Gardens

Over the centuries, the more than 2,000 botanic gardens that exist in the world have gathered a huge collection of resources and knowledge. They play an essential role in plant preservation and, as a result, one of the measures covered by the Biological Diversity Agreement promoted by United Nations and adopted by the Contracting Parties, was a greater commitment to ex situ preservation of the components of biodiversity. 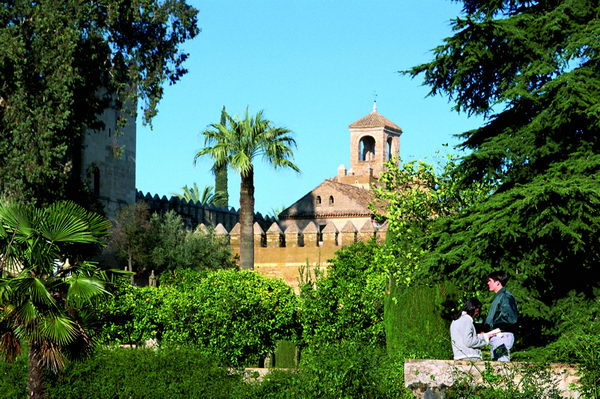 Botanic gardens, germplasm banks and other facilities for ex situ and in situ preservation have grown in number and in activity in many countries in the Mediterranean basin. But this development and real commitment to preservation have been less marked in the countries of North Africa and the Middle East. For economic, political or cultural reasons, such countries have not yet adopted or fully accepted the new paradigm for biodiversity, nor have they consistently accepted the three basic objectives of the Biological Diversity Agreement – preservation, sustainable development and access to genetic resources.

The purpose of this International Seminar is therefore to promote this commitment, benefiting from the experience and cultural roots of the al-Andalus orchard-garden, the emblem of the Islamic world in Iberia that lasted for more than five hundred years. 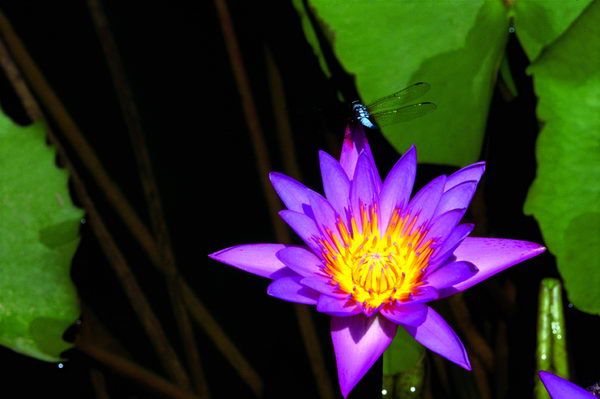 The Med-O-Med Network of Botanic Gardens in the Mediterranean and Middle East will step up collaboration and agreements amongst different botanic gardens in these regions, in order to help promote them, expand knowledge and encourage the sharing of ideas, experiences and botanical collections.

The purpose of this International Seminar is therefore to promote this commitment, benefiting from the experience and cultural roots of the al-Andalus orchard-garden, the emblem of the Islamic world in Iberia that lasted for more than five hundred years.

The aim is to reinforce the environmental and social functions of botanic gardens, ensuring they play a part in cultural identity, sustainable development and the fight against poverty.

The 1st International Seminar, The experience of Al-Andalus, a model for Conserving Biodiversity, is to be held in the palace of Charles V within the Alhambra in Granada.

Speakers will include specialists with international prestige in the fields of the history and archaeology of Islamic gardens, such as HRH Princess Basma bint Ali, of Jordan, Antonio Almagro (Med-O-Med, CSIC), José Tito (University of Granada, ICOMOS) and Manuel Casares (University of Granada).

Also present will be the Algerian Minister of the Environment, Cherif Rahmani, UNEP Award-winner 2007; a representative of the Tunisian Ministry of the Environment, Hedi Chebili; the Secretary General of the Fondation Mohammed VI pour la Protection de l’Environnement, Nouzha Alaoui, the Director of the Libyan Office for Cultural Cooperation, Mohamed Adrawi and the Director of Regional Programmes of the BGCI, Joachim Gratzfeld.