On June 24-26, 2016, the First European Islamophobia Summit took place in the city of Sarajevo, Bosnia and Herzegovina, organized by SETA Foundation –a Turkish organization dedicated to political, economic and social research–, in collaboration with Umaraniye city council, in Turkey. Prior to this, SETA had coordinated the 2015 European Islamophobia Report, in which FUNCI developed the chapter dedicated to Spain.

The purpose of this summit was to prove, through numbers and statistics, the rising cases of anti‑Muslim racism world-wide and, more specifically, in Europe. It also aimed at continue deepening in the concept, theory and funding of this increasingly worrying phenomenon.

The summit managed to gather a broad group of specialists from different universities, islamophobia observatories, and human and civil rights NGOs, from countries such as the USA, Austria, Germany, Belgium, Croatia, Greece, Bosnia and Herzegovina, the United Kingdom, France, Spain, Italy or Serbia.

The National Library of Sarajevo 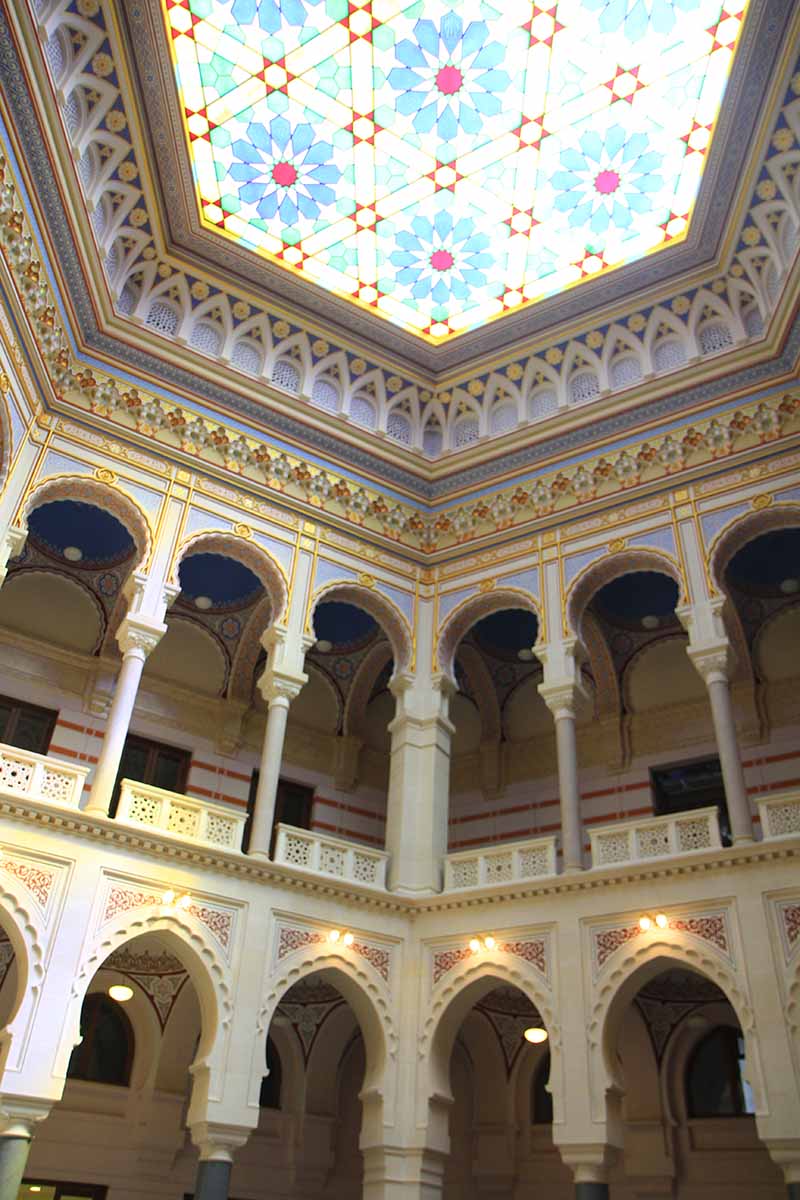 The summit opened at the recently rehabilitated National Library, in Sarajevo, by José Luis Rodríguez Zapatero, as the head of the Alliance of Civilizations, as well as by Bernard Kouchner, founder of Médecins sans Frontières and former Minister of Foreign Affairs of France, and by the British Parliamentary Jack Straw. Rodríguez Zapatero assured that “much of what is happening today could have been avoided if Turkey had entered the European Union ten years ago”. He also stated that, after Madrid’s terrorist attacks on March 11, 2004, when 193 people lost their lives, there was no increase of Islamophobia because of the withdrawal of the Spanish troops from Iraq, among other things. Kouchner assured that Europe, and more in particular France, had turned its back on the refugees because of their Muslim believes. Straw explained that “the Brexit success has been possible, among other reasons, because of the vote of many third-generation immigrants that did not want to lose their privileges because of the massive arrival of immigrants”.

For his part, Farid Hafez, from Salzburg’s University, declared that today Islamophobia is being perceive, not as an ideology, but as a legit rejection of a religion, thus, erasing its social dimension, and trying to legitimate it through political gains.

“However, Islamophobia doesn’t only affect Muslims in Europe, but the whole of the population, due to the rise of extreme-right parties and political measures as important as the Brexit.”

“Islamophobia is not less real or serious than antisemitism. It is nothing but masked racism. When the media or the collective subconscious refer to or describe a Muslim, they don’t take as a reference a white Muslim with blue eyes, as a Bosnian could be, but rather a dark skin, aggressive man”, assure the Aljazeera journalist Medhi Hasan. 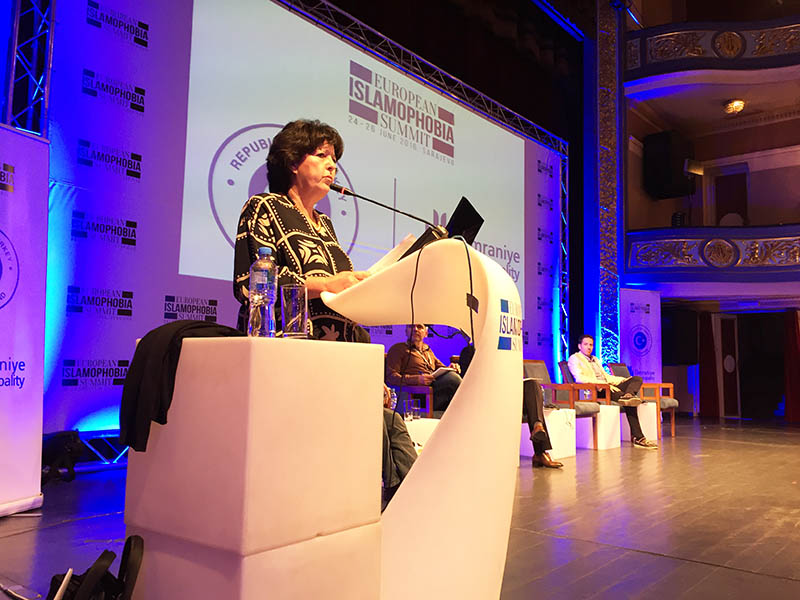 On the next two days, the results from several European Islamophobia reports were presented, although the presence of a Northern Europe country was missed. Spain was represented by Encarna Gutiérrez, Secretary General of the Islamic Culture Foundation. During her intervention, she explained that Spain had a historical specificity, due to her Andalusi past, as well as the absence of significant far-right parties or movements. Nonetheless, as she stated

She also insisted in the fact that Islamophobia is not only a spontaneous expression of rejection, but that it follows a well-designed and funded strategy, whose consequences need to be combatted at a social and legal level, and whose true goal is to distract Muslims, encouraging them to leave the Islamic discourse to the extremists. That way, all acts against those ‘backward, fanatic and violent’ Muslims are justified.

The exposition of the countries’ cases was complemented with theoretical explanations carried out by specialists from different universities and by international NGOs that shared their experiences and offered recommendations and examples of good practices. Among the most experienced activists in the defense of human rights and the fight against discrimination, we find Ineke Van der Valk, from the University of Amsterdam (Netherlands); Salman Sayyid, from the University of Leeds (UK); Hatem Bazian, from the University of Berkeley (California, USA); Saeed Khan, from Wayne State University (USA), and the journalist Rana Dajani, molecular biology teacher at the University of Iowa (USA) and specialized in educational issues from an Islamic perspective.

Among the most important NGOs that attended the summit, we might highlight Belgium’s CCIB, an interesting observatory devoted to this phenomenon, the veteran British foundation Hope no Hate, the Islamic Human Rights Commission, and the European Forum of Muslim Women, among others.

One of the newest concepts and aspects that were highlighted throughout the summit was the funding of the Islamophobia industry, which rises up to 450 million dollars, according to Saeed Khan. 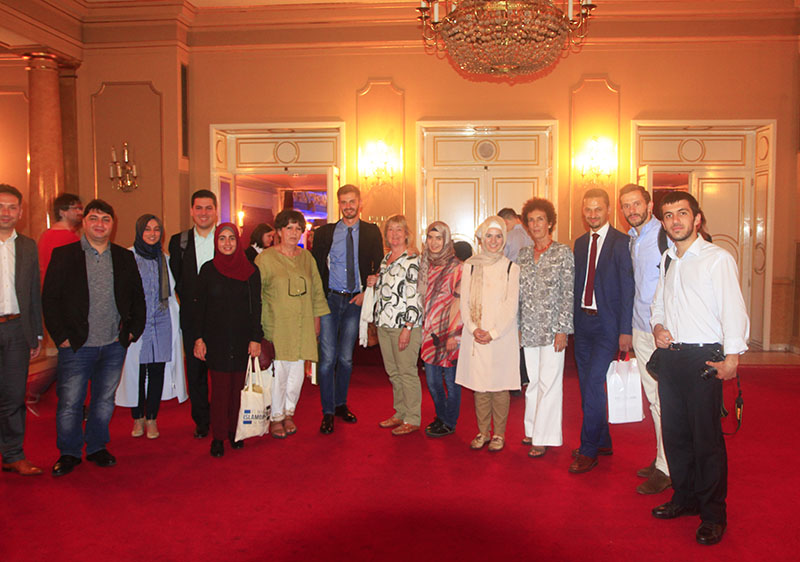 A second idea shared was the fact that islamophobia doesn’t only affect the Muslim population living in the West, it also provides arguments to terrorists and far-right parties. Islamophobia, as a form of racism, has been promoted as a way of saving Europe’s identity, which is becoming less and less “white” every day. Islamophobia as an ideology is also necessary to justify the military interventions across the world, thanks to which the weapon industry obtains chilling gains (military expenses represent a 2.7% of the world’s GDP), with the USA at its head, followed by the European countries.

Other issues such as the exploitation of the hijab and the full-body veil in order to elaborate laws or norms that help to distract the people from biggest problems and to generate mass hysteria, or the concern about security to justify and promote islamophobia, were also addressed.

The participants from Eastern Europe, despite of having minorities or even important Muslim majorities, as is the case of Bosnia and Herzegovina, underlined the fact that the secular coexistence among their communities is being damaged because of the influence of the Islamophobic discourse coming from Western Europe.

Hajib El Hajjaji, from CCIB (Collectif contre l’islamophobie en Belgique) pointed out, among other things, the importance of defining the limit between freedom of expression and hate speech.

Finally, a final Declaration resulting from the summit was read, and it will be published shortly. To conclude the summit, several speakers from the fields of activism, sports and television, exposed their own experiences, for a better practical understanding of the fight against Islamophobia or anti‑Muslim bigotry.