The terms Caribbean and South American refer to aggregations of countries, not to specific areas within legally defined boundaries. Thirty-one countries form the Caribbean, which is divided into English, French, Spanish, and Dutch linguistic regions. The total Muslim population by country varies from 4 to 15 percent. The largest Muslim populations are in English-speaking countries such as Guyana and Trinidad and Tobago. There are small communities made up of Muslims of African descent, but the greatest number of Muslims are descendents of immigrants from India and Indonesia who came as indentured servants. In French-speaking countries, such as Guadeloupe, Guyana Françoise, Haiti, and Martinique, the Muslim community is mainly composed of African Muslim immigrants from West Africa. Martinique is also home to a very wealthy immigrant Palestinian Muslim community supported by Saudi Arabia.

Muslims on the Spanish-speaking islands Cuba, the Dominican Republic, and Puerto Rico claim an Islamic heritage in the Americas dating back to the days of slavery and trace their history prior to slavery back to Islamic Spain during the VIII to XV centuries. Thus, many trace their ultimate cultural ancestry to northern Africa and the Moriscos—Moors who were forcibly converted to Christianity. These Muslims are aware that Moriscos were enslaved with other Africans during the Atlantic slave trade. There are also much Islamic and Moorish retention in this sector of Caribbean society, especially in language and names.

In the Caribbean, Muslims continue to experience life as minorities. Christian missionaries continue to try to convert Muslims—though there is also increasing evidence that Muslims are trying to convert Christians. In 2002, reports in local newspapers asserted that of the few conversions that take place, most are from Christianity to Islam. 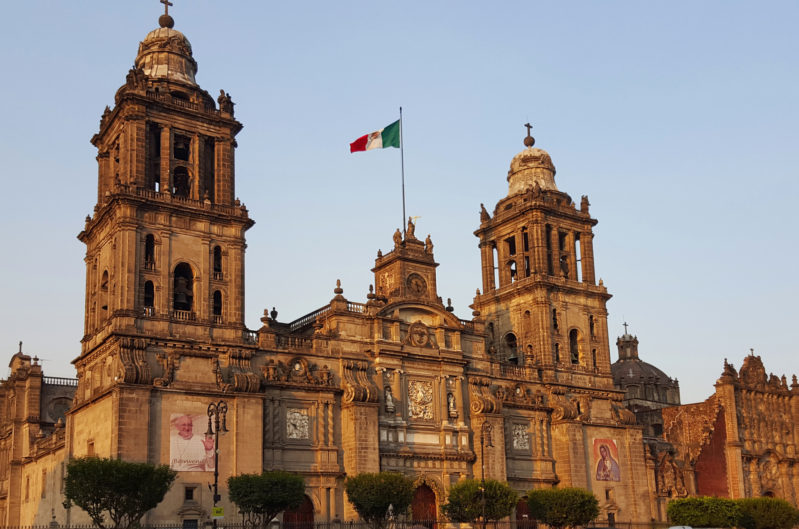 The history of Muslims in Mexico is difficult to trace. Spanish conquistadors from both Cuba and Spain came to pillage Mexico’s resources in the early 1500s. The indigenous population was converted to Catholicism during this time. Many in the native population died as a result of the importation of European diseases and from starvation, as Europeans devastated the farming land and depleted water resources. Mexicans themselves regained control only in the 1900s.

Historians are divided over when Islam came to Mexico and who brought it. Some claim it was introduced by Syrian immigrants, whereas others point to Turkish immigrants. One recent (2002) study estimated that 10 percent of the Syrian-Lebanese immigrant community were Muslim. Today this community is one of the richest and contains more than 250,000 people. The history of Islam in Mexico is largely undocumented, with the exception of a sixteenthcentury book called Un Herehe y un Musulman. Written by Pascual Almazan, this recounts the exploits of Yusuf bin Alabaz, who came to Mexico after expulsion during the Reconquista in Spain. Today, Islam is a recognized entity following the establishment of the Muslim Center de Mexico in 1994 in Mexico City. There are also centers in Monterrey, Torrion, Guadalajara, and San Cristobal de las Casa.

Islam in Cuba has not been documented before the twentieth century

At the start of the twenty-first century, Muslims in Cuba continue to pray at home because there is no mosque where they can freely congregate. There is an Arab House built by a wealthy Arab in the 1940s, which houses an Arabic museum, a restaurant, and a prayer space for diplomats. Monies are currently being solicited for the building of a mosque. In the late XX century, a representative of the Muslim World League making his own solicitations on behalf of Cuban Muslims referred to the example of a small town, Pilaya de Rosacio, which has a Muslim population of 40 percent. 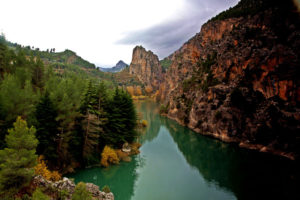 If the number of Muslim organizations and centers is any indication, there are Muslims all over other areas of South America. The origins of Islam in Chile have not been researched, but census reports show that in 1854 two Muslims from the Ottoman Empire came to Chile. Given that the Ottoman Empire (the last Muslim empire), which fell in 1929, covered a great deal of the Arab world, it is difficult to state ethnic origins of these immigrants. It is also only presumed that they were Muslim, for religion was not noted in the Chilean census of 1865. However, by 1895 the census did note the presence of 58 Muslims who lived in Tarapaca, Atacama, Valparaiso, and Santiago—all in the north of the country. By 1907 there were approximately 1,500 Muslims, all of them immigrants. The first Islamic institution in Chile was the Society of Muslim Union of Chile, founded in 1926. Interestingly, the numbers of Chilean Muslims rises and falls throughout the twentieth century for reasons that are unaccounted for in any reports. Through the 1970s and 1980s there were no religious leaders or mosques in Chile. In the 1990s the construction of Al-Salam Mosque was begun, following which other mosques were built in Temuco and Iquique. At the beginning of the twenty-first century, it is estimated that there are 3,000 Muslims in Chile, many of whom are Chilean by birth. The majority are SunnI, but there are both Shia and Sufi communities present as well. Muslims, still a small minority group, generally face great pressure to convert to Christianity.

In times past, Rio de Janeiro was one of the disembarkation points for those millions abducted or sold from Muslim Africa. The native population learned about Islam primarily through Muslim behavior—prayer and abstention from pork and alcohol. Islamic revivals are reported to have occurred frequently enough over the centuries to leave a permanent mark. In 1899 the Cairo-based magazine Al-Manar published in its August issue an article entitled “Islam in Brazil.” Here it was noted that the Muslim communities in Rio were made up of direct descendants of Muslim slaves. During the 1920s, Arab immigrants and traders added to Brazil’s Islamic presence. Now, university students lead the way in teaching about Islam. There are currently five large Islamic organizations in Brazil: in Sa˜o Paulo, Recife, Rio de Janeiro, Boa Vista, and Florianopolis.

Venezuela currently has fifteen Islamic civic associations in ten states. Arab immigrants, Venezuelans, and Creoles have come together to make Islam a known tradition. The closest estimate of when Islam came to Venezuela is “centuries ago.” Estimates of the number of Muslims range from 700,000 to almost a million. Venezuelan Muslims have many of the same problems as Muslims in other countries where Muslims are a minority and Islam is a potentially competing faith—issues revolving around dress, political participation, civic concerns, and Christian missionizing.

Muslims in Peru trace their ancestry to the Spaniards and the Moros. As Moros fled persecution in Spain, they settled in many South and Latin American countries. In Peru they have had a lasting influence on dress, food, architecture, and both the social and political systems. Women who covered their hair were called las tapadas Limenas (The covered ones from Lima). There are also the famous balcones lumenas, which are protruding balconies done in a style known as Arabescos—a term clearly referring to an Islamic heritage. Twentieth-century Islam in Peru is dominated by Palestinian Arabs who arrived in the 1940s, fleeing Jewish persecution. Today, after several aborted construction projects, Peruvian Muslims (there are no estimates of their numbers) still have no mosques, but they do have the Asociacion Islamica del Peru in Lima and a school.

Argentinean Muslims currently number hundreds of thousands, perhaps up to 800,000. If Arabs and other ethnic groups are included this number increases to three million. It is reported that Muslims first arrived in Argentina around 1870 from Syria, Lebanon, and Palestine. Today, there are mosques all over the country, as well as nine Islamic centers. Bolivia traces its Islamic heritage to immigrants from the Ottoman Empire, but as with Chile the ethnicities of the Muslims who came is unknown. The first mosque however, was not commissioned until 1992, in Santa Cruz. There are already three civic organizations, known as Centro Islamico Bolivanos.

The patterns that lie behind the introduction of Islam into various countries appear to be multifold: in some countries the Islamic presence can be traced to the Atlantic slave trade; in others it is due to the influx of refugees caused by the Spanish persecution of non-Christians in Spain; in yet others it is the result of Muslims fleeing a ravaged Ottoman Empire in search of opportunities or of Arab refugees fleeing persecution by Jews in Palestine; and in others still it is attributable to the arrival of Muslim Indians, both indentured servants and immigrants seeking better opportunities. Regardless of the origin of the Islamic presence, it has endured and is currently growing.