Killing “Snakes” and Self

“Behind every terrorist stand dozens of men and women, without whom he could not engage in terrorism. They are all enemy combatants, and their blood shall be on all their heads. Now this also includes the mothers of the martyrs, who send them to hell with flowers and kisses. They should follow their sons, nothing would be more just. They should go, as should the physical homes in which they raised the snakes. Otherwise, more little snakes will be raised there.” 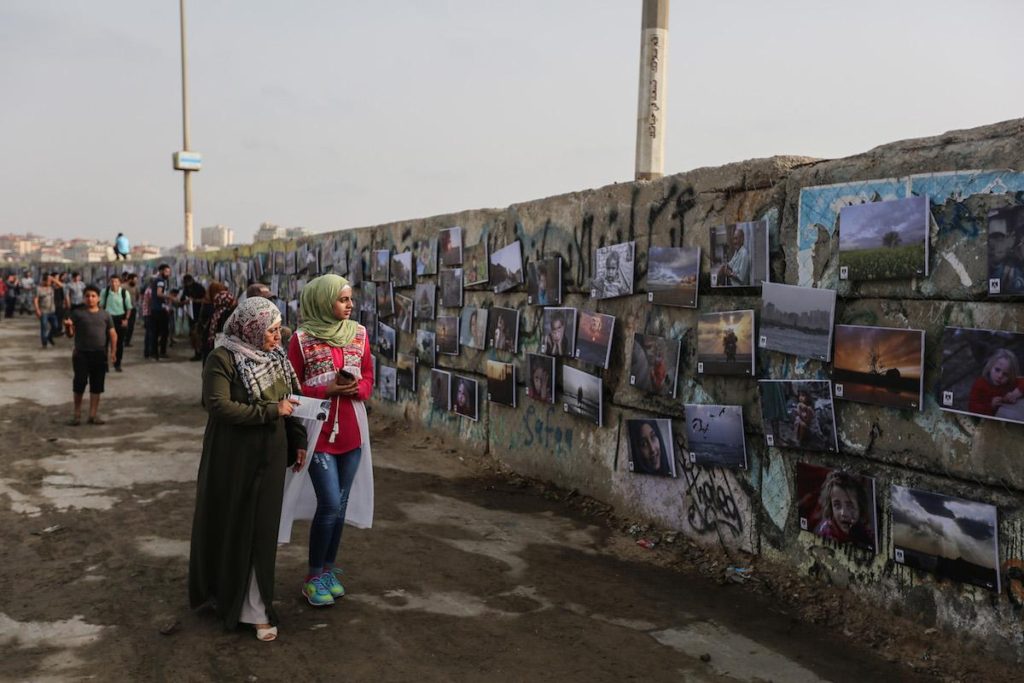 I am Jewish but that identity doesn’t define me. I was Bar Mitzvah-ed, but that day ended my religious connection. I parroted some memorized Hebrew, but I certainly couldn’t understand it. I celebrated but only because I had too. Family and all.

More, once, and only once, before or since, have I directly, personally, encountered outright anti Semitism. A parent of someone I was dating flippantly said something about Jews controlling the world and I nearly assaulted him. I do not have a lot of patience for racism in any context, but I was surprised that his idiotic verbiage set me off as much as it did. It wasn’t blood ties, and it certainly wasn’t religious beliefs that spurred my reaction. So I guess saying the Four Questions a few times as a kid may have had some modest cultural impact.

Does some residue of my childhood tangential Jewish involvement, perhaps having liked Rabbi Schankman of Temple Israel up to my becoming thirteen, cause me, now, to feel just a bit more aggressively outraged and nauseated by the current events in Gaza then if I hadn’t been to Temple a few times? I have no idea, but I don’t think it matters. What does matter is the absolute, unmitigated horror that is now occurring in Gaza. Yet, there are so many horrors. Can words situate this one in the evil hall of fame?

When I was becoming adult, violence was Vietnam. In the midst of that, I wondered how humans who had enjoyed even modest personal freedom and development, rather than, say, being beat up and caged as kids and denied education and culture, could be even a fraction as cynical and delusional as my own government was.

But while “destroying the City to Save it” set an incredibly high standard for vile rationalization – I can’t help but notice the “to save it” part of the phrase. In those days, and even more so since the movements of those days had their effects, if nothing else, to perpetrate vile actions in pursuit of reasons of state or reasons of profit required aggressive claims of high motives. Yet, for the Israelis, this no longer seems true.

Yes, for international consumption they fabricate idiotic justifications – mainly they say this is our defense against them defending themselves. And, just to be clear, to those who say that Israel has a right to defend itself, there is only one correct answer. Yes. It does.

And what that means is to escape being attacked by the occupied, Israel can leave Gaza, cease the occupation, cease the racism. That is the only legitimate way for an occupying force – anywhere, anytime – to defend itself against the colonized. Stop perpetrating the crime. There is no warrant for an occupier to get violent. That is just more crime. The solution is to get out.

Almost every day brings news of awful crimes, but some are so heinous, so horrendous and malicious, that they dwarf all else. One of those rare events took place on July 17, when Malaysian Airlines MH17 was shot down in Eastern Ukraine, killing 298 people. The Guardian of Virtue in the White House denounced it as an “outrage of unspeakable proportions,” which he attributed to “Russian support.” His UN Ambassador thundered that “when 298 civilians are killed” in the “horrific downing” of a civilian plane, “we must stop at nothing to determine who is responsible and to bring them to justice.” She also called on Putin to end his shameful efforts to evade his very clear responsibility.

True, the “irritating little man” with the “ratlike face” (Timothy Garton Ash) had called for an independent investigation, but that could only have been because of sanctions from the one country courageous enough to impose them, the United States, while Europeans had cowered in fear. 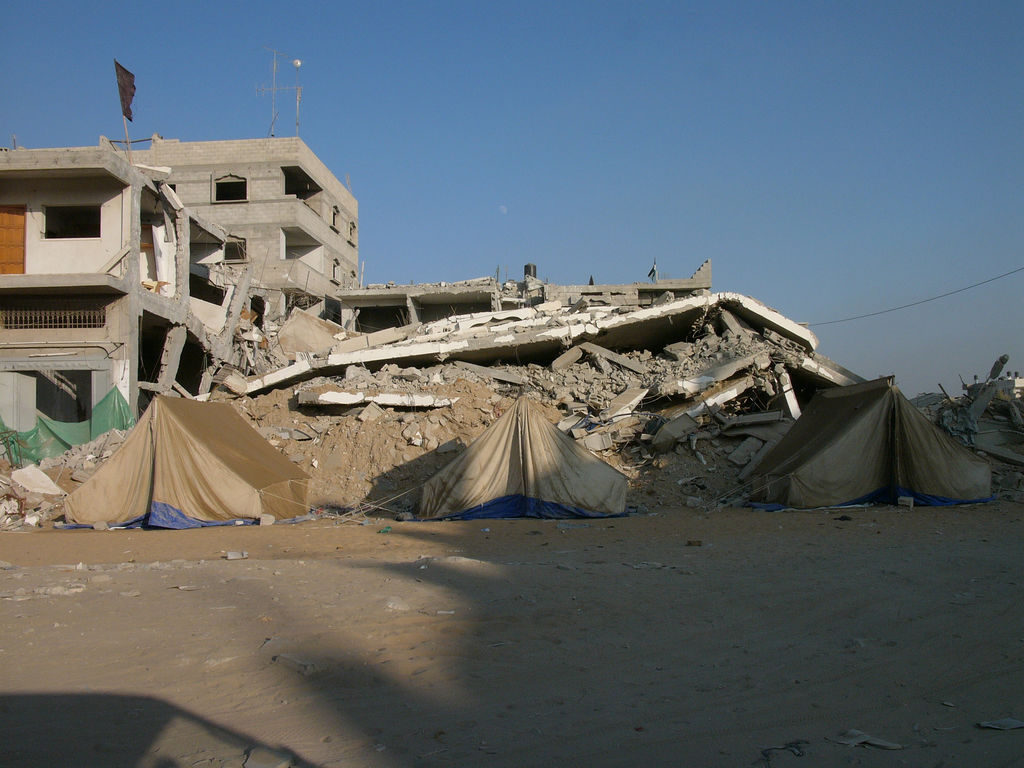 On CNN, former U.S. Ambassador to Ukraine William Taylor assured the world that the irritating little man “is clearly responsible…for the shoot down of this airliner.” For weeks, lead stories reported on the anguish of the families, the lives of the murdered victims, the international efforts to claim the bodies, the fury over the horrific crime that “stunned the world,” as the press reported daily in grisly detail.

Every literate person, and certainly every editor and commentator, instantly recalled another case when a plane was shot down with comparable loss of life: Iran Air 655 with 290 killed, including 66 children, shot down in Iranian airspace in a clearly identified commercial air route. The crime was not carried out “with U.S. support,” nor has its agent ever been uncertain. It was the guided-missile cruiser USS Vincennes, operating in Iranian waters in the Persian Gulf.

The commander of a nearby U.S. vessel, David Carlson, wrote in the U.S. Naval Proceedings that he “wondered aloud in disbelief” as “’The Vincennes announced her intentions” to attack what was clearly a civilian aircraft. He speculated that “Robo Cruiser,” as the Vincennes was called because of its aggressive behavior, “felt a need to prove the viability of Aegis (the sophisticated anti-aircraft system on the cruiser) in the Persian Gulf, and that they hankered for the opportunity to show their stuff.”

Two years later, the commander of the Vincennes and the officer in charge of anti-air warfare were given the Legion of Merit award for “exceptionally meritorious conduct in the performance of outstanding service” and for the “calm and professional atmosphere” during the period of the destruction of the Iranian Airbus, which was not mentioned in the award.

President Reagan blamed the Iranians and defended the actions of the warship, which “followed standing orders and widely publicized procedures, firing to protect itself against possible attack.” His successor, Bush I, proclaimed that “I will never apologize for the United States — I don’t care what the facts are… I’m not an apologize-for-America kind of guy.”

No evasions of responsibility here, unlike the barbarians in the East.

There was little reaction at the time: no outrage, no desperate search for victims, no passionate denunciations of those responsible, no eloquent laments by the US Ambassador to the UN about the “immense and heart-wrenching loss” when the airliner was downed. Iranian condemnations were occasionally noted, but dismissed as “boilerplate attacks on the United States” (Philip Shenon, New York Times).

Small wonder, then, that this insignificant earlier event merited only a few scattered words in the US media during the vast furor over a real crime, in which the demonic enemy might have been indirectly involved.

One exception was in the London Daily Mail, where Dominick Lawson wrote that although “Putin’s apologists” might bring up the Iran Air attack, the comparison actually demonstrates our high moral values as contrasted with the miserable Russians, who try to evade their responsibility for MH 17 with lies while Washington at once announced that the US warship had shot down the Iranian aircraft — righteously. What more powerful evidence could there be of our nobility and their depravity?

We know why Ukrainians and Russians are in their own countries, but one might ask what exactly the Vincennes was doing in Iranian waters. The answer is simple. It was defending Washington’s great friend Saddam Hussein in his murderous aggression against Iran. For the victims, the shoot-down was no small matter. It was a major factor in Iran’s recognition that it could not fight on any longer, according to historian Dilip Hiro.

It is worth remembering the extent of Washington’s devotion to its friend Saddam. Reagan removed him from the terrorist list so that aid could be sent to expedite his assault on Iran, and later denied his terrible crimes against the Kurds, including the use of chemical weapons, blocking congressional condemnations. He also accorded Saddam a privilege otherwise granted only to Israel: there was no serious reaction when Iraq attacked the USS Stark with missiles, killing 37 crewmen, much like the case of the USS Liberty, attacked repeatedly by Israeli jets and torpedo ships in 1967, killing 34 crewmen.

Reagan’s successor, Bush I, went on to provide further aid to Saddam, badly needed after the war with Iran that he launched. Bush also invited Iraqi nuclear engineers to come to the US for advanced training in weapons production. In April 1990, Bush dispatched a high-level Senate delegation, led by future Republican presidential candidate Bob Dole, to convey his warm regards to his friend Saddam and to assure him that he should disregard irresponsible criticism from the “haughty and pampered press,” and that such miscreants had been removed from Voice of America. The fawning before Saddam continued until he turned into a new Hitler a few months later by disobeying orders, or perhaps misunderstanding them, and invading Kuwait, with illuminating consequences that are worth reviewing once again, though I will leave this interesting matter aside here.

Other precedents had long since been dismissed to the memory hole as without significance. One example is the Libyan civilian airliner that was lost in a sandstorm in 1973 when it was shot down by US-supplied Israeli jets, two minutes flight time from Cairo, towards which it was heading. The death toll was only 110 that time. Israel blamed the French pilot, with the endorsement of the New York Times, which added that the Israeli act was “at worst…an act of callousness that not even the savagery of previous Arab actions can excuse.” The incident was passed over quickly in the United States, with little criticism. When Israeli Prime Minister Golda Meir arrived in the US four days later, she faced few embarrassing questions and returned home with new gifts of military aircraft.

The reaction was much the same when Washington’s favored Angolan terrorist organization UNITA claimed to have shot down two civilian airliners at the same time, among other cases.

Returning to the sole authentic and truly horrific crime, the New York Times reported that American UN ambassador Samantha Power “choked up as she spoke of infants who perished in the Malaysia Airlines crash in Ukraine [and] The Dutch foreign minister, Frans Timmermans, could barely contain his anger as he recalled seeing pictures of `thugs’ snatching wedding bands off the fingers of the victims.”

At the same session, the report continues, there was also “a long recitation of names and ages — all belonging to children killed in the latest Israeli offensive in Gaza.” The only reported reaction was by Palestinian envoy Riyad Mansour, who “grew quiet in the middle of” the recitation.

The Israeli attack on Gaza in July did, however, elicit outrage in Washington. President Obama “reiterated his `strong condemnation’ of rocket and tunnel attacks against Israel by the militant group Hamas,” The Hill reported. He “also expressed ‘growing concern’ about the rising number of Palestinian civilian deaths in Gaza,” but without condemnation.