Tomorrow marks the 1437 years birthday of the Prophet Mohammad that’s widely celebrated in all the Moslem world.  Marked by Time Magazine in a Sondage years ago as the most influential personality in history, not sure of the exact criteria, Prophet Mohammad, adored and revered by hundreds of millions of Moslems, remains, sadly, nearly totally unknown to so many billions of the Earth’s inhabitants.  However, on the contrary, Prophet Mohammad is often maligned and vilified by some non-Moslems, by sheer ignorance and in most simplistic terms, often as part of a premeditated campaign to discredit Islam as a competing religion and Moslems as adherents of that faith.

Extremist Fundamentalists and blind ritualists of all walks, Moslems and adherents of other faiths, are hooked on the sham appearances of religions much in the tradition of extensions to tribal loyalties and rivalries, missing in the fervor of their blind allegiances the deeper spiritual meanings and intentions of the message and the messenger.

As an inquisitive thinker standing on the verge of my sixty’s anniversary, a worldly creature who experienced so many world cultures – rather deeply embedded in great many of them, and exposed through extensive readings and universal human interactions to all sorts of human intellectual and philosophical endeavors as embodied in observance of rites and conduct by billions of the Earth’s inhabitants, it finally dawned on me at the twilight of age the secrets of the greatness of the Prophet Mohammad and the deserving high reverence reserved to the man by followers of the Moslem Faith, learned universalists and humanists of all walks of human thought.

The wisdom gained through the accretion of the time, termed aging, especially to a keen inquisitive observer – especially with the chance of wandering in the labyrinth of universal human thought of the very early classics in recorded history and through real life testing experiences – finally, only most recently, graduated me to the level of knowledge and wisdom to LOVE passionately Prophet Mohammad the person; the universal philosopher with deeply gained insight to human’s nature and group dynamics; the setter of high human values; the practicing practitioner, rare as is in human’s annals, in translating words professed in the greatest of laconic eloquence into deeds tested and normalized.  Mohammad of the rituals, the routine muttering of mantras, remained in the depth of my consciousness and human feelings aloof and disconnected for nearly six decades.

However, I kept abreast of nearly all the Prophet’s traditions; the longest ever observed or recorded of any living mortal sage in history.  It is only through the benefit of older age; an intensely intellectually curious mind;  extremely wide exposure to myriad societies, social mores, and great sages and philosophers doctrines and thoughts; all along the tests of time related by an independent and detached neutrality that I came to experience the reality of Prophet Mohammed on the plateaus of absolute wisdom and meticulous application in actions of the professed, that I only, finally internalized the Love and Reverence of Mohammed as the greatest sage ever existed. 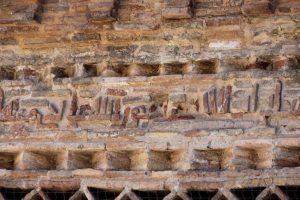 Suddenly, this deep realization, as in the past passionate experiences of the deep passions reserved Lovers, Des Vrais Amants, made me live deep Love and Passion of Mohammad through all his tested professes, exemplary model conduct, universal mind, deep knowledge of human nature, a soul mate who while accords perfectly and most harmoniously with one’s idiosyncrasy and deeper psyche, he stretches the transcendent notions of hope and redeeming ultimate and absolute love.

Suddenly, I am living Prophet Mohammad with the very depth of my faculties and not through the mechanical detached rituals and mutterings of routine mantras devoid of emotional and personal connections.  Suddenly, I am living the Prophet Mohammad in the tradition of loving all proponents of social justice and equity to all God’s vice-gerents on the Earth planet; in the tradition of all the sages who strove to uphold the dignity of man by first and most liberating the soul from the captivity to the whims and dominance of fallible mortals.  My love of Mohammad stems from the realization that he was the first and unique to ever most comprehensively entail all the realities of life and individual human’ urges and proclivities in his person as articulated in word and examples to emulate.  Mohammad entailed Plato’s aspirations for an enlightened virtuous Republic and Jesus’ message of Universal Love and Tolerance, however, all with setting the practical example, during an extending ministry expanding 23 years, by doing to bring to a living reality what truly meant to advance in practice and actual application of the human thought and aspirations for the attainment of the higher plateaus of spiritual liberation.

As I revere Mohammad the man before Mohammad the prophet, he precedes all beliefs and injunctions of creed and faith.  Setting the examples over most arduous testing 23 years of closely observed conduct, Mohammad lived the reality of what he professed and taught.  The example of the man, the messenger, rendered the message plausible and real.