So once again, Israel has opened the gates of hell to the Palestinians. Forty civilian refugees dead in a United Nations school, three more in another. Not bad for a night’s work in Gaza by the army that believes in “purity of arms”. But why should we be surprised? Have we forgotten the 17,500 dead – almost all civilians, most of them children and women – in Israel’s 1982 invasion of Lebanon; the 1,700 Palestinian civilian dead in the Sabra-Chatila massacre; the 1996 Qana massacre of 106 Lebanese civilian refugees, more than half of them children, at a UN base; the massacre of the Marwahin refugees who were ordered from their homes by the Israelis in 2006 then slaughtered by an Israeli helicopter crew; the 1,000 dead of that same 2006 bombardment and Lebanese invasion, almost all of them civilians? What is amazing is that so many Western leaders, so many presidents and prime ministers and, I fear, so many editors and journalists, bought the old lie; that Israelis take such great care to avoid civilian casualties. “Israel makes every possible effort to avoid civilian casualties,” yet another Israeli ambassador said only hours before the Gaza massacre. And every president and prime minister who repeated this mendacity as an excuse to avoid a ceasefire has the blood of last night’s butchery on their hands.

Had George Bush had the courage to demand an immediate ceasefire 48 hours earlier, those 40 civilians, the old and the women and children, would be alive. What happened was not just shameful. It was a disgrace. Would war crime be too strong a description? For that is what we would call this atrocity if it had been committed by Hamas. So a war crime, I’m afraid, it was. After covering so many mass murders by the armies of the Middle East – by Syrian troops, by Iraqi troops, by Iranian troops, by Israeli troops – I suppose cynicism should be my reaction. But Israel claims it is fighting our war against “international terror”.

The Israelis claim they are fighting in Gaza for us, for our Western ideals, for our security, for our safety, by our standards. And so we are also complicit in the savagery now being visited upon Gaza. I’ve reported the excuses the Israeli army has served up in the past for these outrages. Since they may well be reheated in the coming hours, here are some of them: that the Palestinians killed their own refugees, that the Palestinians dug up bodies from cemeteries and planted them in the ruins, that ultimately the Palestinians are to blame because they supported an armed faction, or because armed Palestinians deliberately used the innocent refugees as cover. The Sabra and Chatila massacre was committed by Israel’s right-wing Lebanese Phalangist allies while Israeli troops, as Israel’s own commission of inquiry revealed, watched for 48 hours and did nothing. 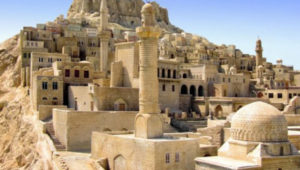 When Israel was blamed, Menachem Begin’s government accused the world of a blood libel. After Israeli artillery had fired shells into the UN base at Qana in 1996, the Israelis claimed that Hizbollah gunmen were also sheltering in the base. It was a lie. The more than 1,000 dead of 2006 – a war started when Hizbollah captured two Israeli soldiers on the border – were simply dismissed as the responsibility of the Hizbollah. Israel claimed the bodies of children killed in a second Qana massacre may have been taken from a graveyard. It was another lie.

The Marwahin massacre was never excused. The people of the village were ordered to flee, obeyed Israeli orders and were then attacked by an Israeli gunship. The refugees took their children and stood them around the truck in which they were travelling so that Israeli pilots would see they were innocents. Then the Israeli helicopter mowed them down at close range. Only two survived, by playing dead. Israel didn’t even apologise. Twelve years earlier, another Israeli helicopter attacked an ambulance carrying civilians from a neighbouring village – again after they were ordered to leave by Israel – and killed three children and two women. The Israelis claimed that a Hizbollah fighter was in the ambulance. It was untrue. I covered all these atrocities, I investigated them all, talked to the survivors. So did a number of my colleagues.

Our fate, of course, was that most slanderous of libels: we were accused of being anti-Semitic. And I write the following without the slightest doubt: we’ll hear all these scandalous fabrications again. We’ll have the Hamas-to-blame lie – heaven knows, there is enough to blame them for without adding this crime – and we may well have the bodies-from-the-cemetery lie and we’ll almost certainly have the Hamas-was-in-the-UN-school lie and we will very definitely have the anti-Semitism lie. And our leaders will huff and puff and remind the world that Hamas originally broke the ceasefire. It didn’t.

This recalls not a normal Middle East bloodletting but an atrocity on the level of the Balkan wars of the 1990s. And of course, when an Arab bestirs himself with unrestrained fury and takes out his incendiary, blind anger on the West, we will say it has nothing to do with us. Why do they hate us, we will ask? But let us not say we do not know the answer.