There is an Arab proverb that says, “If you have no more shame left in you, then feel free to do what you will” – Iza Lam Tastahi, Faf’ial Ma Shie’it (Rajai’s Translation) – and by observing the present Arab mood, one is struck by how much this proverb applies to the Arabs now, whether they are the general public or the ruling elite and intelligentsia.

Arabs have nearly failed in all ideological and political projects they have undertaken in the past 60 years (barring minor successes here and there). All they have held to be sacred such as Nasserism, Arab nationalism or Baathism have only brought bitter disappointment. They lack any sense of pride in their achievements. This toxic mixture has produced a thoroughly rotten state of being. This afflicts the entire Arab world with slight differences related to each country’s specific historic and cultural background. This putrid atmosphere, as I said, covers all segments of the Arab society — both the general public and the elite.

As a result of this sickening atmosphere, the Arabs simply surrender all reason or self-respect when confronted with the possibility of failure or defeat. They don’t know how to resist or react to the challenges to their very existence, particularly the Palestinian cause. We have become spectators desperate for strangers to take the lead in our own play.

There exists an unspoken wish in the Arab minds that the Palestinian problem would somehow or other go away even if it means the disappearance of the Palestinians themselves. It is as though we are wishing them away. We behave as though we are in the position of someone burdened with the responsibility of taking care of a gravely handicapped member of the family and who after many years of desperate care wishes that the crippled kin simply died sparing him the pain and agony of looking after the unfortunate fellow. So, we are now hoping the Palestinians would just vanish and leave us, the rest of the Arabs, in peace, to live, enjoy life and go about those mundane things which define other people’s lives. We desire nothing more than to be spared the gruesome spectacle of Palestinians crying for our help and dying.

As a result of this sickening atmosphere, the Arabs simply surrender all reason or self-respect when confronted with the possibility of failure or defeat. They don’t know how to resist or react to the challenges to their very existence, particularly the Palestinian cause. We have become spectators desperate for strangers to take the lead in our own play.

As we regurgitate our personal agony remembering the thousands who died for the sake of Palestine and many more who have been maimed, we choose to ignore the fact that we have countries to return to. We have homes and families living free on their own land with dignity while the Palestinians have died by the tens of thousands since 1948 and the rest have been living as homeless, wandering refugees since 1948, not to say anything of those living under a brutal and humiliating occupation since 1967. Arabs feel they have suffered taking care of their handicapped kin but does their suffering reach anywhere near that of the Palestinians? 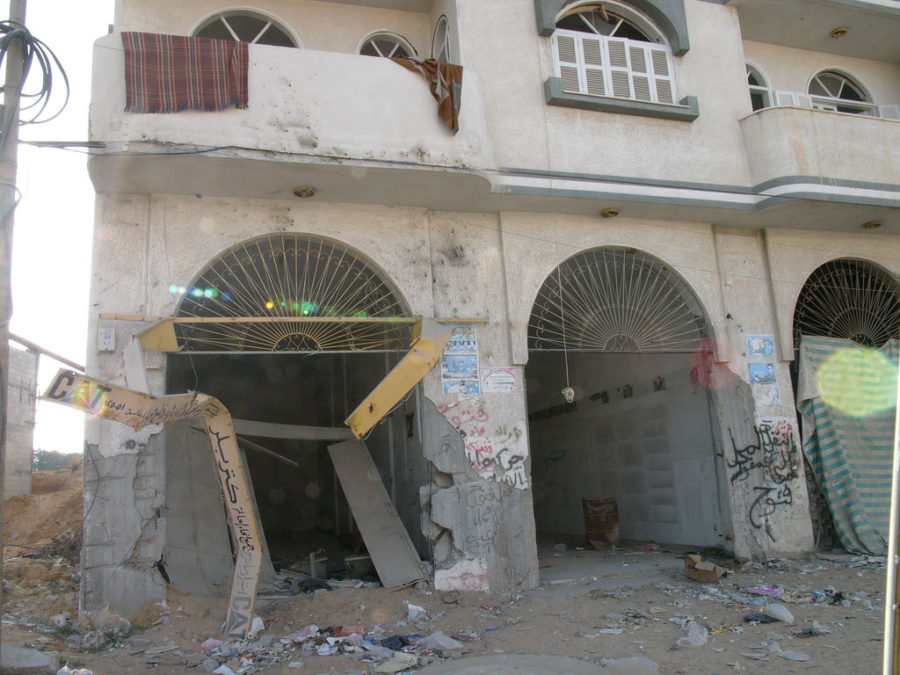 The word that captures the Arab world’s mood now is “Business.” They talk of the rise in petrol prices, the economic boom exploding all over the Arab world, the reforms in economic laws and liberalization of the economy. Words like globalization and free trade are all the fashion now while we build new cities to express this new direction in Arab societies. All of it is good and should be done to improve the living standard of the Arabs. Yet, lost in this economic euphoria is all the rest. Does the solution for the problems of the Arab world lie in the creation of a few billionaires? How can we try to fix the pipe in a house that is burning down? If you feel I am exaggerating things, then look around you.

A deteriorating situation in Palestine

The situation in Palestine has never been this worse. An entire nation has been put in concentration camps and left to starve and the Arab world finds that it doesn’t merit a crisis call? Iraq is occupied and brutalized and you don’t even call for resistance or support the one already on the ground, preferring to denounce the chaos without accusing or holding to account those who are responsible for it. Somalia is virtually gone and you haven’t budged. Soon Iran will be bombed and then more chaos will engulf the entire region but you are enthusiastically talking about economic growth. It is as though you are building a house over an active volcano and worse it is already rumbling and all you talk about is how you are going to decorate it. And if anyone, God forbid, resists or even thinks of resistance he or she is condemned as a fanatic. The fearless defense of Hezbollah in Lebanon last year won them no thanks from Arab regimes or many of the Arab people. They passed over the first true victory in six decades of the Arab-Israeli conflict with nothing more than scorn.

In many ways the girl from Qatif, as she is now known to the entire world, has become to me a metaphor for what ails the Arab world: A woman gang-raped yet punished for being a victim! Anyone who defends her is also held accountable. She defines what is very wrong with our state of being in which the God-given rights are perverted and wrong becomes right and cruelty becomes justice. Now, in the Arab world it is the victim who is punished, it is the victim who will not be allowed to seek justice or defend himself. It is the law of the jungle in which the strong are rewarded and the weak persecuted. So, feel free to do what you will since we have become a people bereft of any shame.

Reem Al Faisal is a Saudi photographer. She is based in Jeddah.