An Amnesty International fact-finding team arrived in Gaza City on Saturday, 17 January, hours before the Israeli government announced a ceasefire. The team travelled to Gaza by way of Egypt, entering the Gaza Strip through the Rafah crossing, and then travelled by road north to Gaza City.

As we were crossing the Egypt-Gaza border at Rafah on Saturday (17 January), an Israeli F16 fighter jet dropped a bomb nearby shattering windows and causing parts of the ceiling in the customs hall to fall. We knew we had arrived in Gaza!

Bar few exceptions international journalists and human rights workers have been shut out of Gaza since early November. We were among the very first to get in.

We travelled up to Gaza City in a convoy of two dozen ambulances returning from taking patients to the border for transfer to Egyptian hospitals. It was a stop-start journey that took several hours to cover 40km. We had to halt several times for long periods while the convoy negotiated passage through areas where there were Israeli tanks.

Several medical personnel – including ambulance workers – have been killed and injured by the Israeli army in the last few weeks, and the journey required precision co-ordination. The previous day an Italian journalist had come under fire from Israeli tanks as he was trying to make his way up to Gaza City.

He told us that Israeli soldiers had continued to fire in the direction of his car for two hours, including as he was speaking on the phone to the Israeli army.

On Sunday, with the news of the ceasefire overnight, people began tentatively to emerge from wherever they had taken refuge over the past few weeks.

For many, it was their first real chance to check on their families and on the homes they had been forced to abandon because of the bombardments, and to look for supplies. We found many residents stunned by the devastation that the Israeli bombardments have brought to the city since December 27.

We saw many buildings reduced to rubble. Some had been directly targeted; others destroyed or damaged when nearby buildings were bombed. In several places, the outer walls of buildings had been blown off.

We found evidence of widespread use of white phosphorus by the Israeli army in densely populated areas in and around Gaza City. In an alleyway in Gaza City, we saw barefooted children running around lumps of still smouldering phosphorus. We found more on the roof of a family’s house and still more on a busy street. 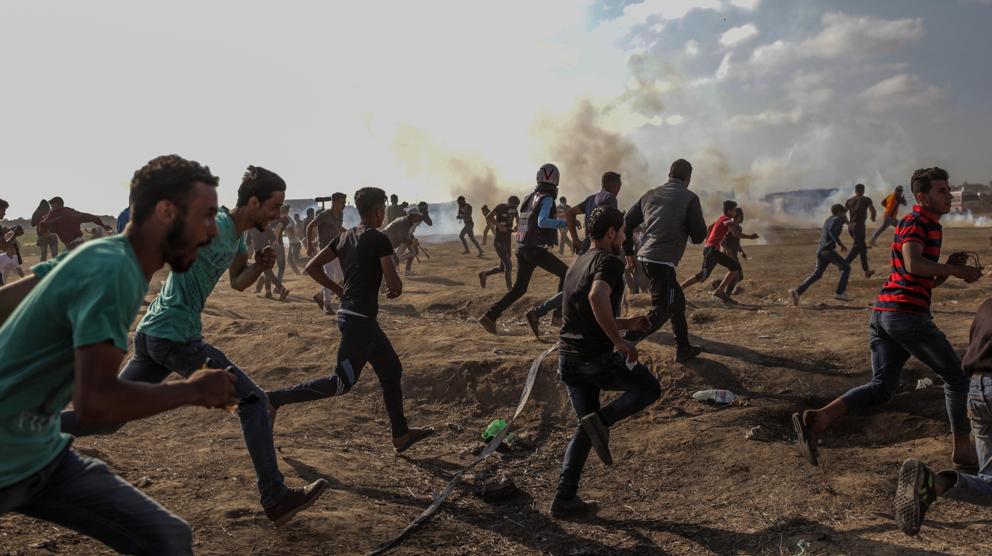 In the Zaitoun neighbourhood of Gaza City, rescue workers were pulling out the bodies of members of the Sammuni family from the rubble of their home. They had been killed in Israeli strikes two weeks earlier and Israeli soldiers had subsequently bulldozed the house on top of them.

The Israeli army did not allow rescue workers to reach the area, despite repeated requests, and the bodies were in a state of decomposition. The smell was unbearable.

We later learned that today more than 100 decaying bodies have been pulled out from under rubble in various parts of Gaza. At Zaitoun, there was little machinery to help with the effort – teams of people worked with sledgehammers and even bare hands to reach the corpses buried under the flattened concrete.

Next door, Israeli soldiers had taken over homes and used them as military positions. The soldiers had not only smashed holes in the outer walls to fire from, but also vandalized the furniture and everything else in the houses. They also left graffiti such as “death to the Arabs” and “1 down – 999,999 to go”.

Throughout the day, wherever we went in Gaza City and surrounding areas, we found more and more destroyed and damaged homes, mosques, schools and government buildings; some completely flattened, by bombs dropped by F16 fighter jets, others rendered uninhabitable by the artillery and missile strikes.

Even though Israel declared a ceasefire the previous night, in the afternoon, we heard repeated Israeli artillery fire north of Gaza City. In the evening, local human rights workers and medical doctors told us that an 11-year-old girl had been killed and her mother injured in the morning in north Gaza.