It is a pleasure for us in FUNCI and Med-O-Med to announce that the Botanic Garden of Rabat (JEBR) was opened on the 17th June by his Majesty the King of Morocco, alongside other distinguished personalities from the country’s capital. Our Andalusi Garden and the Neo-Moorish Pavilion hosting the exhibition “Al-Andalus, a culture of water” were certainly a remarkable part of the official ceremony.

The Jardin d’Essais Botaniques (JEB) of Rabat is a recently-restored 17 hectare botanic garden created by Jean Claude Nicolas Forestier at the beginning of the 20th century. It is located in the heart of Rabat and was conceived as an experimental garden, associated to INRA (National Institute of Agronomic Research of Morocco). Species with economic interest suitable for agronomy and gardening development abound, among others, in this garden. 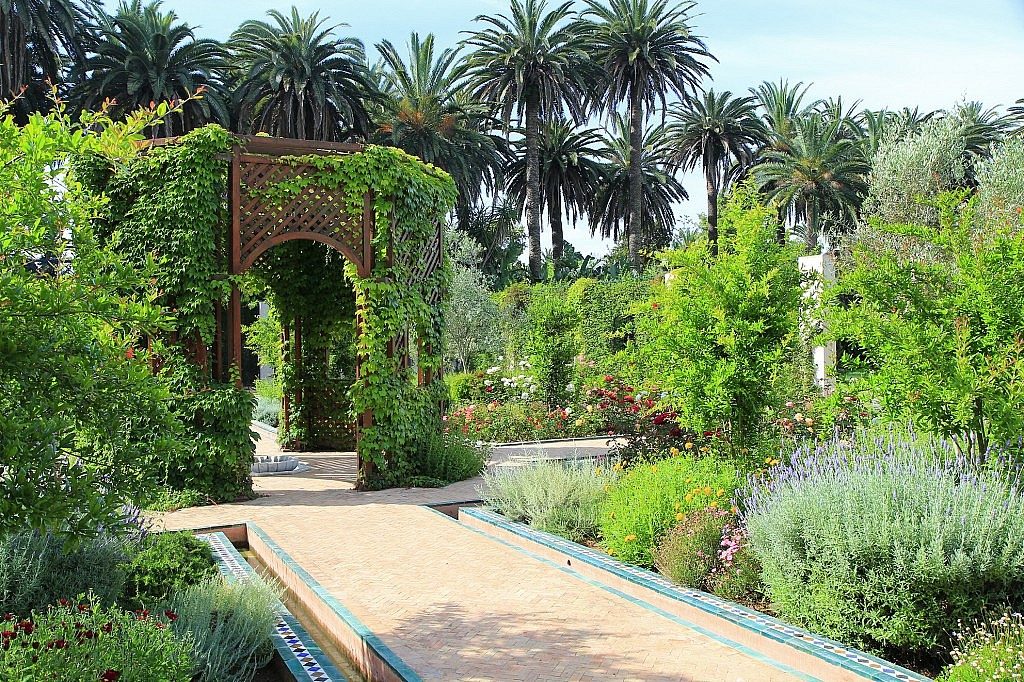 We have conceived in the heart of this green space, listed as World Heritage by UNESCO in 2012, an Andalusi-inspired garden. It is a synthesis, with some Almohad influences, of the stylistic, philosophical and scientific meaning of a garden of the time of Al-Andalus. This closed type of patio-garden is in line with the hortus conclusus.

This project falls within the Med-O-Med framework and has been developed together with INRA and the Wilaya of Rabat-Salé-Zemmour-Zaër. The garden has been created next to a neo Moorish recreational pavilion from the early 20thcentury which has been restored by FUNCI and which is destined for cultural and pedagogical activities. Both garden and pavilion were designed and restored respectively by two of our collaborators, the architect Antonio Almagro (Arabic Studies School) and the agronomist Esteban Hernandez (Cordoba University). Inside the pavilion, we have curated and exhibition entitled “Al-Andalus, a culture of water”.

A unique element in nature

Al-Andalus, a culture of water The exhibition is based in the contents of the book “The enigma of water in Al-Andalus”, by Cherif Abderrahman Jah, which deals with diverse topics. Some of them are the scientific point of view of the water as unique element in nature, its symbolism in the main cultures of antiquity and its profound significance regarding the Koranic and spiritual vision. 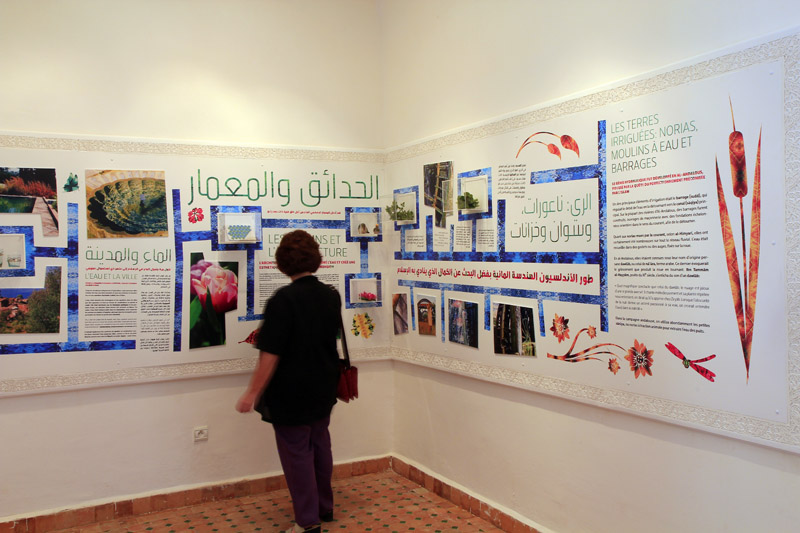 The exhibition has been designed by Miguel Ripoll and displays photographs taken by Inés Eléxpuru and Carlos Martínez. It also shows the social perspective of water in al-Andalus and its contribution to development, since for the first time, its distribution was free and equitable.

We can also understand the different institutions in charge of providing and distributing the water. Furthermore, ancient hydraulic infrastructures are explained with graphic support.

The exhibition also reminds us of the role of water in garden architecture as well as an agent responsible for the agricultural landscape transformation, which can still be seen in some regions of the Iberian Peninsula. Finally, the interactive videos and 3D reconstructions of the main Andalusi gardens increase the value of this exhibition, which is expected to draw a large volume of many schools visits.