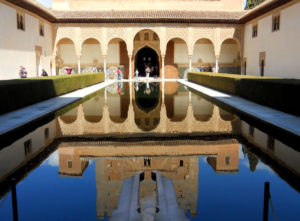 In 1492 – the legend goes – Abu Abdallah Mohammed XI reined in his horse on a rocky outcrop overlooking the distinguished city of Granada. The Moorish king, also called Boabdil, had just handed over the keys of the last Muslim bastion on the Iberian Peninsula to Catholic monarchs Ferdinand and Isabella, who had come in pomp and with a large cross to complete what is known as the Christian reconquest of Spain.

On taking a last look at his lost city, Boabdil wept. “Cry like a woman,” his uncompassionate mother snapped, “for what you could not defend like a man.” More than half a millennium after Boabdil left Granada, putting an end to eight centuries of Muslim rule over parts of what is now Spain and Portugal, there is increasing interest in the legacy of the territory then known as al-Andalus.

“After the attacks of September 11, 2001, the question of al- Andalus has risen to the fore,” Abdeluahed Akmir says. The historian heads the Centre of al-Andalus Studies in Rabat, capital of Morocco, whose history is intertwined with that of Moorish Spain.

Leaders and websites of the extremist network al-Qaeda have called for a Muslim reconquest of al-Andalus, while Western advocates of the “clash of civilizations” theory point to the collapse of al-Andalus as proof that Christians and Muslims cannot live together.

Proponents of multiculturalism, on the other hand, present al- Andalus as a model of harmony between Muslims, Christians and Jews. Akmir rejects interpretations serving ideological purposes and emphasizes the need for the historical truth to become known. “There were political and military clashes in al-Andalus, but people of different religions lived admirably together on the social level,” with quite a few mixed marriages, the historian says.

Muslims coming from northern Africa and Arabia brought cultural splendour to Spain, which developed a civilization comparable to Greek culture, with top intellectuals in all branches of knowledge, explains another Moroccan specialist, historian Mohammed Benaboud.

The military campaign that ended with Boabdil’s expulsion is seen by Westerners as a Christian victory over Muslim invaders, but that idea is not correct, says Moroccan journalist and author Said Jedidi, who specializes in Spanish-Moroccan relations. The so-called reconquest was in fact a civil war between Spaniards, because many of the Muslims of al-Andalus were of local origin, Jedidi points out. 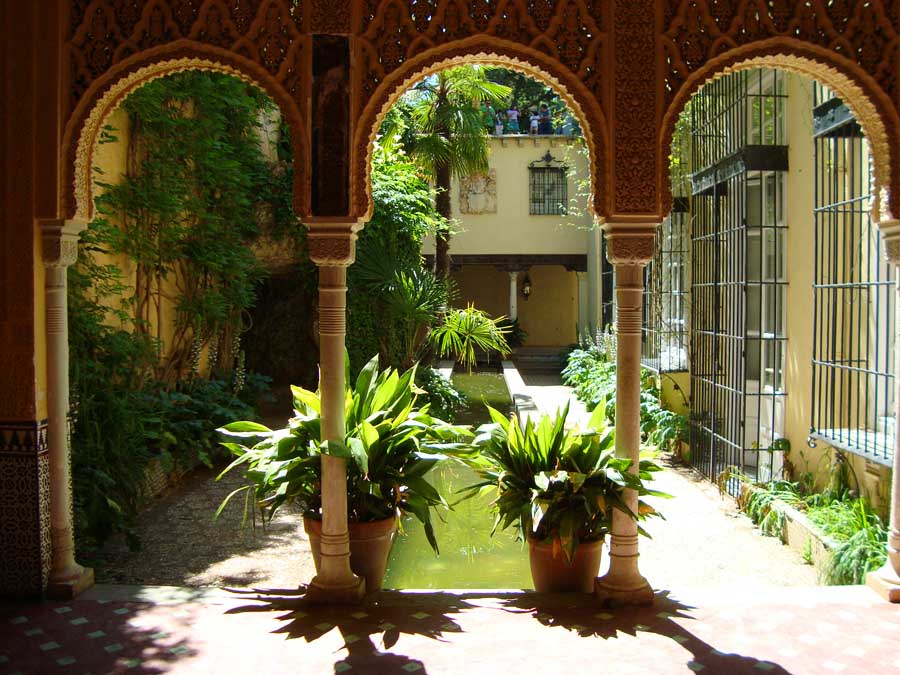 While today, it can be difficult to envisage most of Spain, Portugal and North Africa as having formed part of a similar culture and at times even the same state, traces of the common heritage are visible all over the region, from architecture to cooking and crafts.

The Spanish language has thousands of words of Arab origin. The southern Spanish region of Andalusia, which preserved Muslim culture the longest, also takes its name from al-Andalus. After Spain expelled all Muslims by the early 17th century, following the expulsion of Jews in 1492, tens of thousands of refugees streamed to North Africa, bringing advances in areas ranging from agriculture to medicine. The number of people descending from those refugees is hard to determine, but dozens of Moroccan families retain Spanish surnames. “Some keep the keys to the houses where their ancestors allegedly lived in al-Andalus, the memory of which is filled with nostalgia,” Jedidi says.

“Influences from al-Andalus are among the richest in Moroccan culture,” Benaboud explains. “In cities such as Tetouan, Fez or Rabat, for instance, it is impossible to have a wedding without Andalusian music.”

“Moroccans are proud of their Andalusian past,” says Ines Elexpuru of the Madrid-based Islamic Culture Foundation (FUNCI), whose touring exhibition on the use of herbs in al-Andalus has drawn considerable numbers of visitors in Moroccan cities.

Behind media headlines focusing on conflicts between the West and the Muslim world, organizations like FUNCI, cultural projects by the Andalusia region and Spanish-Moroccan joint academic research are rediscovering lost links between southern Europe and North Africa. Most Spaniards, however, largely ignore the Islamic heritage of their country, whose Catholic rulers based its identity partly on a rejection of its Muslim past.

A movement involving some Moroccan historians, Spanish and international Muslim organizations wants to Spain to apologize for failing to comply with the agreed conditions of Granada’s surrender, which guaranteed Muslims the practice of their faith and customs. “Spain has, for instance, made it easier for Jews to get Spanish nationality in compensation for their expulsion,” Jedidi says. “Yet nothing has been done to compensate the expelled Muslims,” he adds, echoing the demands of the first world congress of al-Andalus descendants in Chefchaouen, Morocco, in 2002.