Muslim women in general, and Moroccan women in particular, are often defined through the lens of a simplistic and over-dramatic cliché. This is at least the opinion of many Moroccan feminists such as Hayat Dinia, geographer and urban engineer, President of the association Le Féminin au Pluriel. Muslim women are almost invariably linked with the idea of dependency in terms of gender and family relations, with docility and social or labour exclusion.

All too often we succumb to the use the pre-established duality Islam-veil as part of a reductionist discourse which results from an involuntary heritage stemming from European colonialism. As Fenon pointed out in an analysis of de-colonisation in Algeria, the occupying powers did their utmost to dilute Islam within Algerian society and to drag women to their political project.

To this end they made use of the veil as symbol of backwardness and submission – a concept which continues to be present without considering its many uses and meanings. When analysing Magreb women we also typically ignore the many factors which define their situation: ethnic characteristics, social origin and geographical determinism. For example, there are very few common elements shared between women in the urban and rural areas, or between Arab women and those of berber or imazighen origin.

The imazighen, or free men, (they refuse to use the term berber, imposed during the Romanisation of North Africa and meaning barbarian, that is foreigner), are the original inhabitants of North Africa prior to its Arabisation and conquest by Islam during the Middle Ages. 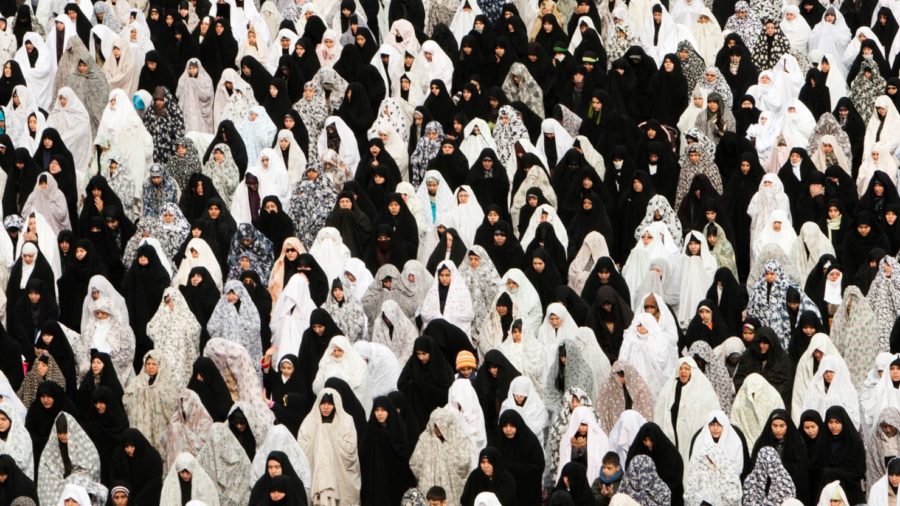 They currently account for 40-60% of the population of Morocco according to estimates which are hard to verify. Some are Arabised, others are bilingual, and a third group only speak tamazigh, their original language, which makes integration in State structures extremely difficult given the official status of Arabic language and culture. In spite of existing differences between the various groups which inhabit the Rif, Atlas and Southern regions, the imazighen are broadly seen to retain a strong tribal structure, obey case law and hold a view of women which is more open and flexible than is common in the Arab culture, in spite of sharing Islamic beliefs.

Although tribal family relations are governed by male descendants, as is the case in Arab culture, and in theory succession is only recognised among male family members, in daily practice it often also allows recognition among women. Women’s lineage is therefore a significant factor for prestige and women are seen as holders of tribal traditions. 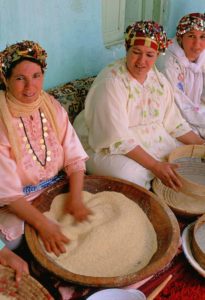 While Arabs lean towards endogamy and accept several wives the imazighen are by nature monogamous and tend to establish alliances among tribes and confederations beyond family ties, as is often the case in the Middle Atlas region. Dowry payments made to women upon marriage among the imazighen is often insignificant and divorce, as well as emancipation, is accepted much more naturally. Social spaces and roles are less sharply defined than among Arabs so that women are often seen working on the fields, while men carry out activities normally seen to be female, as for example among the Hansala in the Middle Atlas, who do the laundry in the river and cook during celebrations.

Women can also become involved in trade, common for example among the Beni Uriarhel in the central Rif region, where there are souks limited to women only. They may even head a tribal confederation, as was the case in the 1930’s when Buha Hssain led the Ait Habdlluli in the Middle Atlas. In the communal elections held in 1997 the Ait Daudauali, in the Azilal region, elected a woman as representative, although she was not accepted since she did not speak Arabic. The Kahena, Queen of the Aurés (Algeria), also headed the Berber resistance against the Arab invasions in the 7th century.

We may today see how in the most disparate groups there are organisations whose aim is to pursue sustainable development and training for the female population, whose level of illiteracy is extremely high, particularly in rural areas. The tamagizh culture – which excludes any gender-based considerations – is also increasingly standing up in defense of its rights. Its spokesmen pursue, among other ideas, a sector-based social structure based on equality and a lack of hierarchies, in opposition to a State which is not in a position to satisfy the more pressing needs of the rural population.

As Yolanda Aixelá explains in her very interesting and well-documented research document Women in Morocco: an analysis based on family ties and gender (Mujeres en Marruecos, un análisis desde el parentesco y el género), “It is within this social context that tribal family relations – more or less solidly established – continue to be the institution which best responds to individual needs and which provides the practical structure necessary to offer help”.

After the end of the colonial era the new Magreb States attempted to unify national identities by promoting Arab-Islamic culture, which in turn led to the exclusion of the Berber people. The latter identified themselves with the rural environment in opposition to progress and as a synonym for rebellion, particularly in the Algerian Kabilia and the Moroccan Rif regions.

The French colonists themselves had already introduced an element of discord in Morocco when in 1930 they decreed the well-known Dahir Berber, which was an attempt to submit the imazighen to a jurisdiction separate from that of the Arabs. The underlying intention was to lead the two peoples to an open confrontation, but the attempt failed, and has come to be known as Siba. 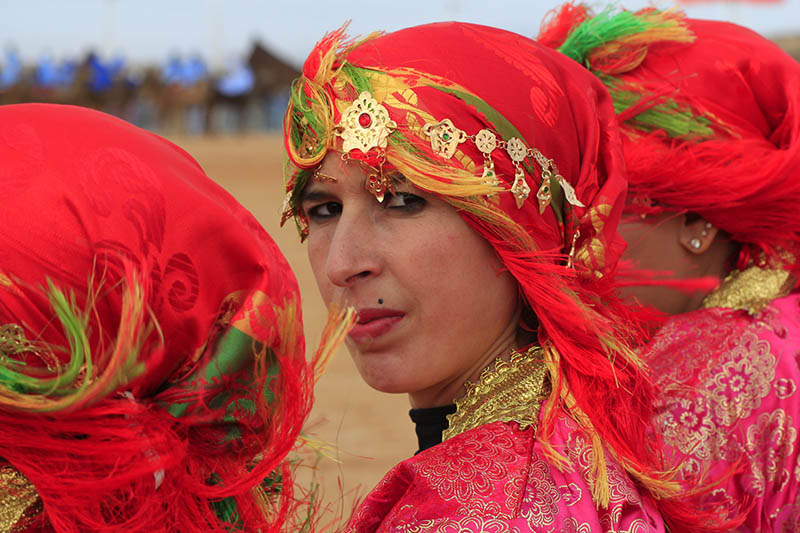 Since the early 1990’s, and following the steps of the population of the Algerian Kabilia, the Moroccans have developed an important amazigh militant movement, although more moderate and less politicised than that of their brothers. They resist being included in a State which defines itself as Arab, and try to preserve their language by obtaining official status for its teaching and use. A growing number of publications and associations is at present working to that end. There is also an amazigh Party, the National Popular Movement led by Mahjoubi Aherdan, which is the mainspring for a large number of others.

Today amazaghism defines itself as being opposed to the State – not to the Crown –, as progressive, and set against Islam, which stands for the traditionalist nature of Arab-Islamic culture.

The World Amazigh Congress was established in 1995 with the participation of a hundred associations from Morocco, Algeria, Níger, Mauritania and the Canary Islands, whose nationalists defend the North-African nature of their pre-Hispanic roots. 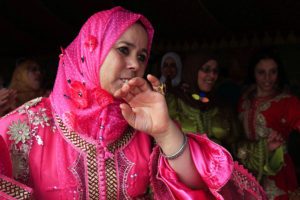 However, according to Said Ait Berri, member of the Moroccan Association for Cultural Research and Exchange, Beni Mellal Section, the last congress held in Lyon was a failure “because we could not agree on claiming our rights. We Moroccans only wanted recognition of our identity and freedom to teach our language. We are not in favour of confrontation with the State, as is the case in Algeria.”

The moderate nature of the Moroccan amazigh movement in comparison with the positions defended in neighbouring countries is due, to a large extent, to the ethnic and religious policy implemented by the Alaui monarchy. In fact, it was King Hassan II who in 1994 announced the need to preserve the amazigh language and heritage, which has not yet been achieved. King Mohamed VI announced his marriage to a member of the Arab-origin Fasia (from the Fez region), thus ending the Alaui royal family tradition of marriage to a Berber.

However, he almost simultaneously proclaimed the establishment of the Royal Institute for Amazigh Culture, whose Board of Administration includes several women. That is a step forward which the imazighen hope will be no more than the first of many towards the long-awaited recognition and preservation of their cultural heritage and the gateway to an improvement of women’s condition.

Published in the Sunday Supplement of El País, in August 2002