Islam is an universal message that knows no national boundaries. It makes no distinctions in gender nor wealth and unites humanity in the noble cause of devotion to God.

At the time of the Prophet this religious unity was not political in nature and had none of the attributes of an organized state. This is evidenced by the fact that the Prophet never interfered in the civil affairs of any of the tribes or clans that adopted his religion nor did he try to change their rules of governance. He refrained from replacing their judges and administrators and preserved existing relationships between the various entities. Muhammad left the civil affairs of each community unaltered. Whatever impact Islam brought to the Arabs during and immediately after Muhammad was a religious and not a political unity and people’s acceptance of his message was a conversion of faith and not an acceptance of a political doctrine.

Most importantly, Muhammad died without designating someone to succeed him nor to indicate a leader to attend to the affairs of Moslems after him. Throughout his whole life he gave no indication about anything resembling a state or government. And since his religious message was so detailed and thorough, devoid of omission or ambiguity, then if hypothetically he was forming a state then why did he ignore the very basic institution of state which is succession in order to avoid the bloody turmoil that inevitably followed his death?

It is clear from the previous discussion that the Prophet’s leadership was religious and not political in nature. His mission ended upon his death and so did this religious leadership with no successor to replace him. Therefore, any leadership assumed by anyone after Muhammad is entirely different from his and is certainly not religious but a new form that has no relationship to the original religious message. Hence, if the new leadership is not religious it must be nothing more nor less than a civil and political leadership.

It was obvious to the Arabs after Muhammad’s death that the conditions were right for a new state, so they conferred among themselves about the formation of the new political entity that was the natural byproduct of their religious unity. And they embarked on a new venture of building an institution with civil services, ministers, noblemen, army, treasury, and fame. These are the trappings of states and empires. From among the various candidates to lead the Moslems after Muhammad, Abu Bakr was chosen by consensus. He became the first head of state in Islam. This was the new Arab state. But Islam is universal and is not confined to a nationality. The first Arab state took upon itself the responsibility of spreading and protecting Islam. It was also very successful in this task but it was undeniably Arab in nature and promoted their interests at the expense of other’s.

It is also obvious that when Moslems were conferring about succession that they were engaged in a political struggle with enormous material consequences to the winners and losers. Therefore it was inevitably contentious and bloody, with the issues being fully recognized as primarily temporal dominance with little or no religious significance.

There is no doubt that the Prophet was a leader and a driving force for unity of the Arab people. Hence if Abu Bakr was a head of state in the modern sense and in charge of this political entity then it is appropriate linguistically to call him a Caliph of Muhammad (khalifat Muhammad) in the sense of someone who followed Mohammad’s lead. This is the proper and the only correct meaning of the Caliphate. For it involves the important duties of a head of state such as maintaining cohesion, suppressing revolt, and asserting temporal authority. 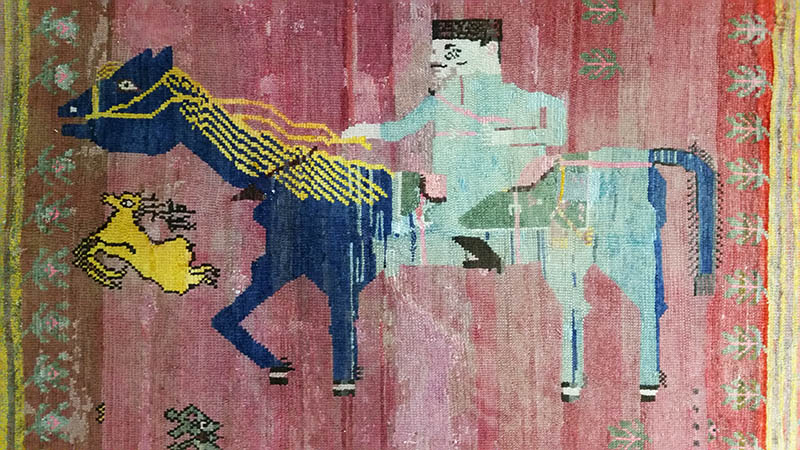 There were factions in Islam that ascribed to Abu Bakr a religious attribute similar to that of Muhammad and also felt obligated to defend his temporal authority with the same zeal as that of defending religion. They concluded that those who disagreed with Abu Bakr were also rejecting Islam. This is the origin of the description of those who disagreed with Abu Bakr as rejectionists (murtadeen), i.e. in the religious sense of rejection. But the fact remains that those who rejected Abu Bakr were true Moslems who were faithful to their religion and accepted Muhammad’s message but simply refused to join forces with Abu Bakr. Furthermore their armed conflict with Abu Bakr was not because of a religious disagreement but simply a political conflict. Noteworthy is the fact that those who refused to accept Abu Bakr as a leader, such as Ali and Saad bin Abadat, were not considered to be rejectionists. In addition those whom Abu Bakr fought because they refused to pay him the charity tax (zakat) were not refusing religion nor being apostate but merely unwilling to abide by Abu Bakr’s temporal decisions, since they did not accept his authority over them.

It becomes clear therefore that the usage of the term Caliphate was one of the mistakes that crept into general Islamic consciousness wherein it signified a religious function where the guardian of Islamic institutions acts as a proxy for Muhammad. And this conveniently served the interests of the many heads of state in that it provided them with a religious justification to exercise authority. It was very convenient for them to claim that obeying the head of state is a religious obligation and disobedience is an affront to God. They even went further by asserting that they are not only acting as successors of the Prophet but even as Caliphates of God. In doing so they become apostates in claiming association (shirk) with God.

This was the death knell of logic, reason, and intellectual freedom among Moslems as well as the end of objective study of political science and any research into the field of Caliphs and Caliphate. For Islam is innocent of the Caliphates as generally understood by Moslems since neither the Caliphate nor its laws, nor the political institutions that it has imposed upon the people are required by religion. Similarly the armies that the state organized, the cities that were built, the legal system that was formulated, all of these have nothing to do with Islam as a religion. They are the product of the rational thinking of engineers, jurists (ulama), and military officers. Furthermore, there is nothing to prevent Moslems from improving themselves by making changes in whatever arcane institutions that serve the interests only of the rulers but not the people.