Makkah was both magnet and centrifuge, and the pilgrimage gave him a thirst for far-flung travel. In this he was not alone: Almost wherever he went—in Anatolia, East Africa, Central Asia, China, up the Volga, down the Niger, even in the tiny Indian Ocean sultanate of the Maldives—he either met or heard of other Arab travelers. What makes him unique is that he went to all of these places (and more), and then, 29 years after leaving home, went back and, with the help of a young scholar named Ibn Juzayy, wrote about them. He died in Morocco in 1368 or 1369, in the provincial obscurity from which he came. 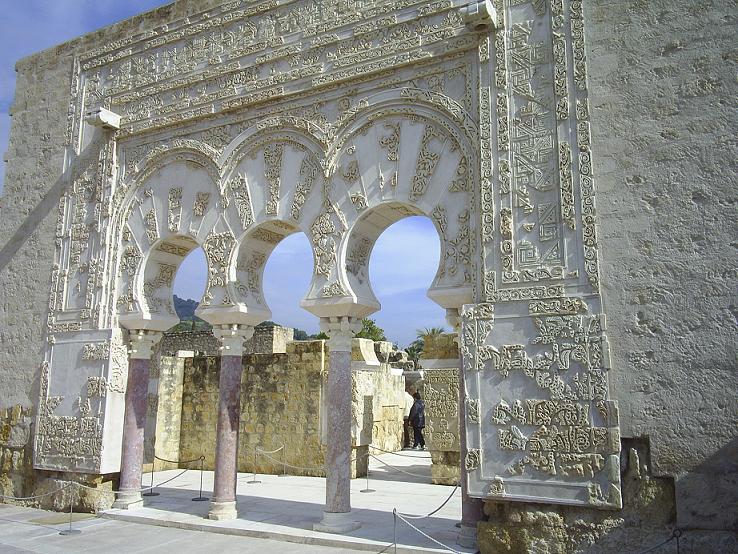 At the time of his death, his Rihla—vast, polyhedral and, to the literary establishment, unpolished—never quite fit into the “classic” pigeonhole. Later generations, however, saw the book for what it is: the masterwork, in scale, scope and substance, of the entire rihla genre, the greatest travel book ever written.

Ibn Battuta’s Rihla, or Travels, is many things—among them a work of geography and ethnography, a pilgrim guide and a gossip column. It is also about as close as travel literature gets to being an epic. Ibn Battuta’s backdrop is the world, his protagonist himself. Like the hero of legend, he seems unstoppable: sweating across Arabia, freezing in Anatolia, swaying over the steppe. He pauses to cram in some lectures in Damascus, collects a wad of certificates, and off he goes again. He gets stuck with a hospitable Turkman sultan and longs to escape. Only in Makkah does he spend any length of time, but Makkah itself is in motion, its population turning over with the seasons of pilgrimage, the revolving hub of Islam with only that one still point, the Ka‘bah. Restless, rootless, footloose, Ibn Battuta might have said, like the poet Abu Tammam, “My homes are the backs of high-bred camels”—and he could have added, for that matter, a lowlier assortment of nags, wagons and coasting vessels. No traveler ever had itchier feet.

And then, in 1334, in narrative midstream, the itch suddenly subsides. The place is Delhi, and it is here that Ibn Battuta will spend the next seven years. “There are certain world-wanderers,” observed the Indian poet-historian ‘Isami not long after, “who ramble the earth, neither fixing their hearts on any country nor settling for even a month in any city. But when they arrive in the land of Hindustan, they abandon their wanderings and at last settle down.” That might be a description of Ibn Battuta—and since ‘Isami may have heard of Ibn Battuta, or even met him, there is every possibility that that is what it is.

For those seven years—a fifth of Ibn Battuta’s book and a quarter of his traveling life—his panoptic lens zoomed in on Delhi. The road movie, the big-screen epic with its fast-forward blur of places and faces, became a microscope slide. The change of focus is unexpected, but its object is less so.

Once past his original goal of Makkah, Ibn Battuta appeared to abandon destinations in favor of destiny. But the long looping route from his native Tangier, with its digressions to East Africa, Constantinople and the Volga, had always led toward Delhi. Way back in the Nile Delta in 1326, near the beginning of his book and his travels, Ibn Battuta dreamed of flying to Makkah and then Yemen on the wing of a huge bird: “Finally it made a long flight to the east, alighted in some dark and greenish country, and left me there.” His host that night, a famous religious scholar named Abu ‘Abd Allah al-Murshidi, interpreted the dream. The dark and greenish country, he told Ibn Battuta, was India, and “you will stay there for a long time,” he said.

As the contents page of his book—for that is in effect what it is—Ibn Battuta’s dream itinerary is vague. But as his journey unfolds, he tantalizes with hints of what that “long time” might hold: stories, heard on the road, about the wealth of the Delhi Sultanate—of one visitor literally showered with gold, of another given his weight in gold, of a third given the run of the treasury and collapsing in a heap of moneybags. By the time he arrives in India, Ibn Battuta has sold us a whole subcontinent of possibilities.

“In the name of God, the Compassionate, the Merciful…. On the day of the new moon of the holy month of Muharram, the first day of the year 734 [about September 12, 1333], we came to the river of Sind.”

Poised on the bank of the Indus and on the threshold of the new lunar year, Ibn Battuta had reached not just a temporal boundary but a literary and geographical one too. With that invocation begins Ibn Battuta’s second sifr, or book (not safar, “journey,” as his English translator, H.A.R. Gibb, read the word, although you might say that for a travel writer the distinction is theoretical). And on the far side of the Indus began al-Hind, India. 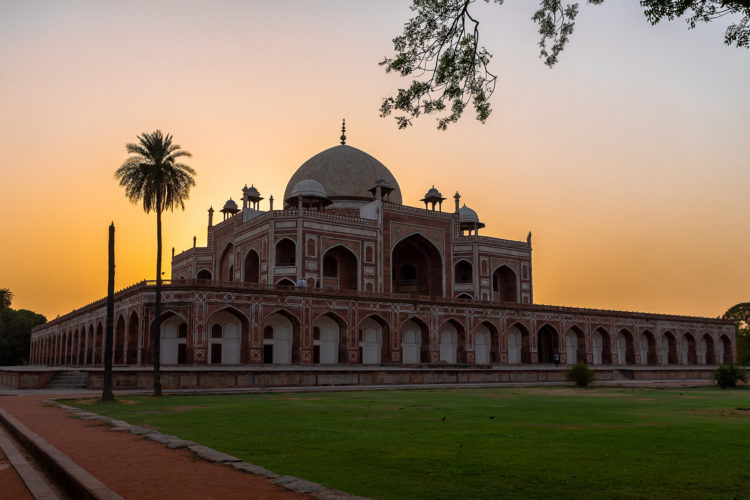 But first Ibn Battuta keeps the reader in suspense. He swans around on the Indus and dawdles for two months in the riverside city of Multan, waiting for permission to proceed. For several pages he explores Indian botany, and he sidetracks into the practice of suttee, the self-immolation of widows. After a paragraph’s excitement about a skirmish with rebels, he travels cursorily to the capital then, diligently, around its sights. Then, in what may be the longest digression in travel literature —well over a hundred pages in the English translation and as many years of history—he ambles through the annals of the Delhi Sultanate, paying particular attention to the lurid psychological landscape of its present ruler, Muhammad ibn Tughluq. And then, just when he seems to be hopelessly lost in his own appendices, Ibn Battuta reappears with a triumphant chapter heading:

“Our entry into the sultan’s presence and the gifts and offices which he conferred on us.”

Sultan Muhammad ibn Tughluq was nothing if not welcoming. “There is in my kingdom nothing greater than this city of mine,” he told Ibn Battuta once the introductions were over, “and I give it to you.” The second phrase was presumably not to be taken literally, but when he offered the traveler the post of Maliki judge of Delhi and an annual salary of 12,000 dinars, the sultan wasn’t joking. For a 30-year-old newcomer from distant Morocco, of worthy but undistinguished background, Muhammad’s legendary xenophilia had suddenly become fact.

Politically, the appointment looks like a sultan’s whim. In fact, it was part of a deliberate policy of ethnic engineering. The Delhi Sultans were Turkic soldiers, ex-nomads and Muslims ruling a settled and largely Hindu population. Muhammad’s father and predecessor had gained power in 1320 by quashing an attempted coup d’état by native Indian converts to Islam. Muhammad, who witnessed the bloody insurrection, arrived on the throne suspicious of homegrown Muslims. The result was a recruitment drive in which he sought foreign officers, particularly Arabs, for his administration and army. Some, like Ibn Battuta, came on spec. Others were head-hunted: Later, in the port of Calicut, Ibn Battuta saw a ship of the sultan’s about to set sail for the Gulf, “to enlist as many Arabs as possible…because of his affection for them.”