The seminar ‘Educational Answers to Islamophobia and Intolerance to Muslims in Europe’ took place between the 17th and 19th of September in Budapest. Funci was a participant, and the seminar was attended by numerous young people coming from all over the world.

The seminar took place in the context of the movement ‘No Hate Speech’ of the Council of Europe, which aims to foment tolerance of all kinds, particularly amongst young people. Additionally it was included in the educational activities of OSCE/ODIHR to combat discrimination towards muslims in Europe.

The objective of the first day was to examine the causes, forms and manifestations of islamophobia in our world. This concept of hate covers any kind of verbal expression that justifies, spreads, incites or promotes rejection based on intolerance or discrimination.

It was particularly interesting to contrast the local forms of rejection and muslim-phobia in European countries, such as can be seen in the constant reference to the Ottoman past, the persecution of Romanian gypsies in the Balcan countries, the non-religious radical militancy in France, the problems derived from a multicultural society such as Great Britain, or the debate that was provoked by the 2011 attacks in Norway.

The term islamophobia refers to fear, hate and prejudice to Islam and to muslims. As is the case with all phobias, islamophobia is an irrational fear, it is not a response to a real threat, but rather to an imagined threat. At the same time we should not forget that often the expression of islamophobia in Europe comes from the voice of reason, in the sense that the ideas (and the stereotypes associated with them) spring from cognition: they pursue an objective and their instigators are fully aware of their actions.

Islamophobia is often mixed with anti-muslim racism, which signifies categorizing a religion regardless of ethnic race: the discrimination against the muslim irrespective of his physical aspect, his origin or his language. In this way an individual’s religion becomes the defining element of his identity: a muslim is above all a religious being who takes any decision based on his religion. 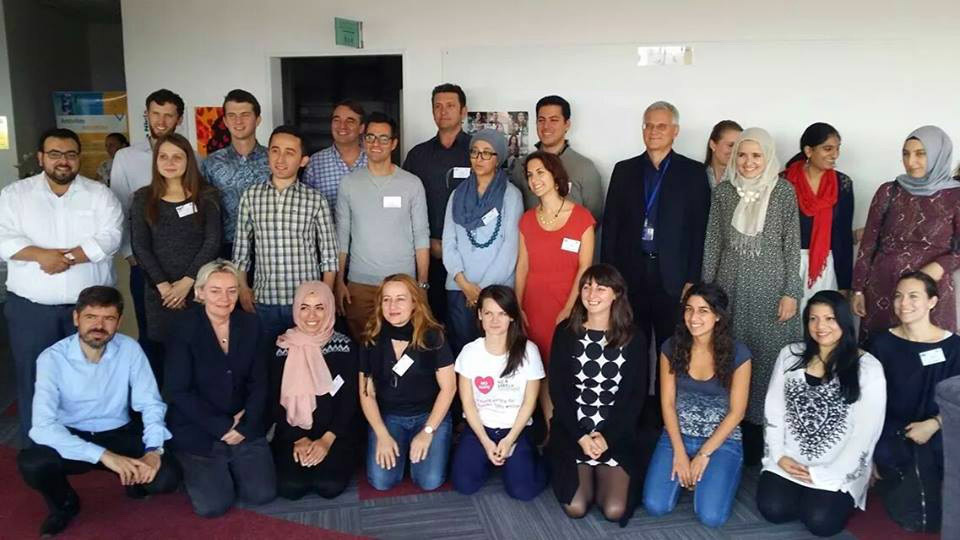 On the other hand the visual is an important element in islamophobic attitudes, as is seen in the interminable debates in Europe on the veil or on minaretes, or on the acts of violence against SIJS in the United States; they are perceived to be muslim because they wear a turban. So we can conclude that muslim women suffer from islamophobia just because they use the veil as way of exhibiting their identity.

The rejection of people we perceive to be different (and specifically the discrimination towards muslims for having a certain physical look) often leads to the development of racist behavior or a monitoring of the slightest muslim action.

There are six formulaic preconceptions of the muslim in the European ambit:

We could add further common stereotypes, such as: all muslim are uneducated and violent; their women are repressed; ‘the more devout they are, the less integrated in the western world’.

Are they with us or against us? This is another simplification often posed by europeans when they consider muslims. Why should a muslim have to belong automatically to one or other posture? This suppostion hides an attitude that is prevalent in our society, you either belong, or you don’t. There is a sort of ‘imaginary community’ where some members are legitimate and other members harbour a potential threat, so that they need to give constant reassurance that they are not dangerous. Previously we spoke of the link between islamophobia and racism, here we see the relation between islamophobia and a sort of paranoid nationalism, obsessed by the ethnic and cultural features of the ‘real’ members of that society.

So we see that the rejection of Islam and of muslims is sometimes used as a way to define a regional, national or european identity. This dynamic of Orientalism was described by Edward Said when he posited that Europe is defined in part by its relationship with the arab-muslim world. An argument freely used by the European extreme right.

In debates over multiculturalism in Europe, there have been many attempts to construe a European identity, culminating in the inability to define common features. In the same way there has been confusion between the identity of Europe and the European Union, in terms of respect for democracy, rights and human identity (which is certainly debatable, taking into account the history of the continent). Europe has sought to label Islam with the absence of these conditions, as also with the supposed absence of democracy, human rights, and more.

On an assessment of integration, weight is commonly given to visual values: less beards and veils, more jeans, supposedly implies greater integration. 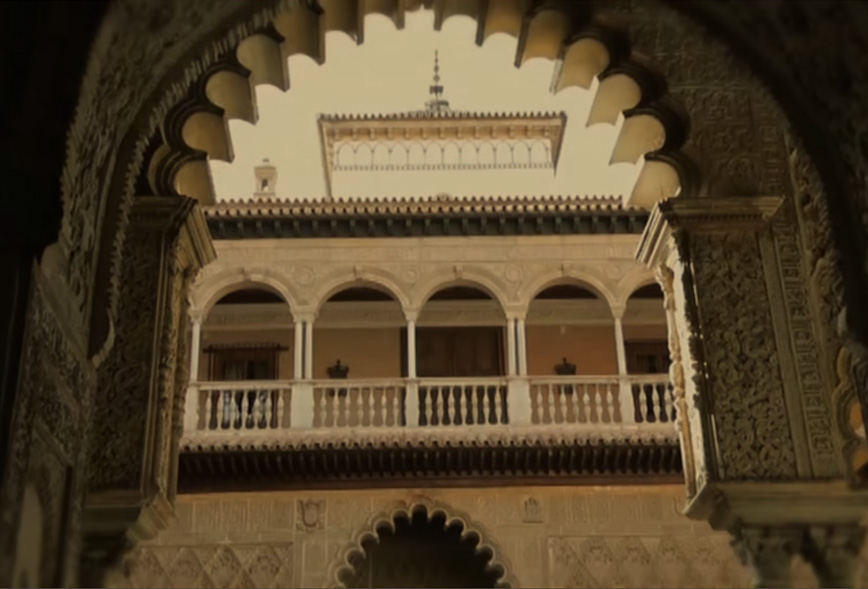 At the same time we find a disingenuous posture from those who declare themselves tolerant, but who seek to avoid the eye of the ‘other’ one in the neighborhood, and so who seek to stifle any attempt at integration on a level of management or responsibility.

On the first day of the seminar Jasmin Zine of the University Wilfrid Laurier in Canada posited that islamophobia in North America is in great part derived from organizations who work systematically to foment discrimination of muslims (publicity on the New York transport system gives examples of this). In contrast participants from Europe were of the opinion that islamophobia in Europe is more subtle.

Professor Zine spoke of the ‘post-11 September generation’, saying that the press had fostered the image of muslims as an inside threat (immigration) and an outside threat (terrorism).

In response to this a number of participants claimed the injustice of this: nowadays the vast majority of muslims condemn the Islamic State and yet invariably there is a perception that the tiny proportion of active extremists represents the whole. This is akin to taking the actions and ideology of the Ku Klux Klan to represent the whole of the southern states. Participants were in agreement that there was a great need for Europe to reflect profoundly on the fact that people who had lived all their lives in western countries were beginning to feel called to travel to the Middle East and there to join the Islamic State. If a person feels displaced by the society he lives in, if he feels discriminated against or marginalized, he is considerably more likely to turn radical. 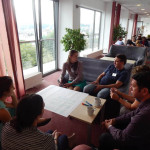 The second day of the seminar was spent in seeking answers to islamophobia from the point of view of education in Europe and in particular in familiarizing participants with the materials and tools created by CoE and OSCE/ODHIR. The ‘No Hate Speech’ movement of the CoE stood out as a campaign for young people to join an active community on the internet to increase awareness of these issues.

People are invited to learn how to detect hate online and to help victims by showing support. In this context the CoE has prepared COMPASS, the manual of Education in Human Rights for Young People, and also Bookmarks, a manual specifically written to combat racism and xenophobia online. Both insist on the importance of understanding the barrier between liberty of expression and hate speech, and they include a great variety of techniques, activities and workshops.

A third manual was presented: Guidelines for Educators on Countering Intolerance and Discrimination against Muslims, for use in schools as well as in informal opportunities for learning, with a participative focus and based on rights.

Created by OSCE/ODIHR and UNESCO, they include a complete compilation of methodology, strategies, resources and materials. These can be downloaded in a number of languages (and in some cases with physical copies) from the web pages of the organizations.

The seminar included the role play of a number of the cases cited in the manuals, from situations of potential conflict and discrimination to situations of dialog and multi-religious coexistence. In the same way a large part of the last two days was sharing experiences and building a network of international contacts to take forward initiatives from the movement ‘No to Hate Speech’.

Each participant in the seminar shared different strategies for tackling islamophobia: a mix of cases of intolerance and discrimination, awareness campaigns, formal and informal educational opportunities, use of tools in the area of art, the theatre, literature, humor etc.

Our position in the Foundation of Islamic Culture in based on the spread of reliable information about Islam, the islamic civilization and its historic and cultural links with Spain (although we have included some elements of criticism, such as the ‘Manifesto Against Islamophobia’ in 2003). Fruit of this focus are out exhibitions, congresses and publications, and more recently our work of Med-o-Med.

A mother and son are walking in the Street. The son says to her ‘Look, Mum, a black man!’ She replies: ‘No son, it’s not a black man, it’s our neighbor!’ This brief dialog from the seminar sums up the need to break simplistic identity stereotypes and to create an attitude of welcome in getting to know people from outside our identity and culture. We should never forget that we are all born the same as regards human dignity and human rights.