International auction house Christie’s has staged the first major international art auction in the Middle East, selling some paintings for more than $500,000 apiece and totalling sales of $8.5 million.

Wednesday’s auction nearly doubled Christie’s expectations of raising $4.5 million, much of which came from pocketbooks of Indian expatriates and oil-rich Gulf royals. Most buyers chose to remain anonymous.

Among those commanding the highest bids were modern paintings from India’s Progressive Artists Group, which was formed just after Indian independence from British rule in 1947.

“This has gone beyond our expectations. It’ll be interesting to see whether a market develops for their works and whether the Mideast emerges as the next big art market.”

Gulf Arabs have long been avid art collectors but until recently travelled to Europe and America to make their purchases.

With the ongoing oil boom funnelling hundreds of billions of dollars to energy-rich Gulf countries, Manson said it was time the international art market catered to the region. 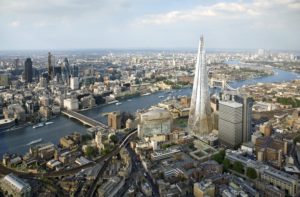 The London-based auctioneer opened its first Middle East office in Dubai in April, intending to push art as an alternative investment to real estate and stocks.

Organisers took the unusual step of banning photographers from the auction – and holding reporters far away from bidders – as a way to attract participation from media-shy members of Gulf royal families.

Dubai is considered an attractive art market because it is home to more than a million expatriates, including wealthy Indians, Pakistanis, Iranians and Europeans.